Do libraries and tourism mix? Sometimes! And you don’t even have to be looking for a good book to read. Some libraries are works of art, offering the most beautiful spaces to sit, read, work, and contemplate. And, they can be pretty photogenic too.

Here are some of the most interesting and beautiful libraries from around the world to take a peek at on your travels: 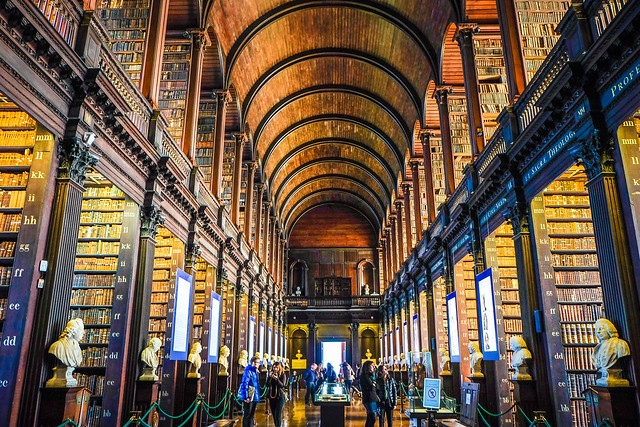 Ireland’s beautiful Trinity College Library isn’t just a pretty place; it is also the biggest library in the country. Featuring impressively high dark wooden archways and other striking details, it is also Ireland’s copyright library. This means that a copy of all new publications must be sent here when a copyright is applied for.

Blending in with its surroundings as though wearing camouflage, Liyuan Library is located around two hours outside of the lively Chinese capital of Beijing. Its walls feature flexed twigs that have been tightly wedged between steel rails. The inside is equally as interesting. Yes, it’s a library and of course you expect to see many bookcases. But bookcases aren’t only used to display books here. They are also used to create the flooring, seating, stairs, and tables! It certainly is an impressive library. 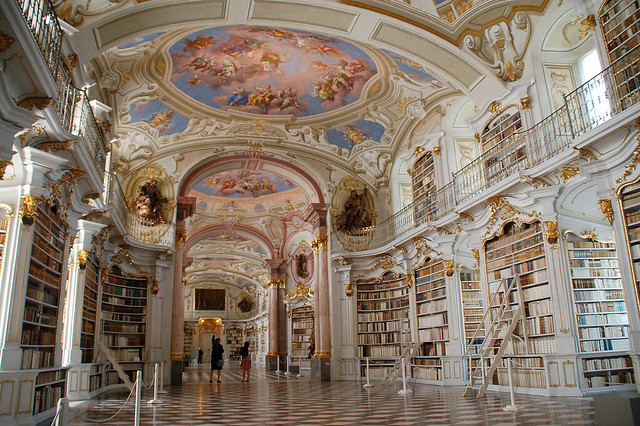 Located in the foothills of the stunning Alps, this beautiful library is the world’s second biggest monastery library. Designed in the late 1770s by architect Joseph Hueber, the library is in the late Baroque style. It has a long sweeping hall that is perfect for bookworms- you’ll be hard-pushed not to find something that inspires you to read amongst the thousands and thousands of books! Cast your gaze upwards and admire the stunning ceilings.

The Boston Public Library is home to around 23 million items. That’s a staggering amount of reading material! It is the second biggest public library in the whole of the USA. As well as offering lots of books on a diverse range of topics, the library is also known for its incredible courtyard. Wander through the Italian-inspired area, admiring the gorgeous architecture. Other interesting sections include the entrance atrium and Bates Hall – a quintessential reading room. 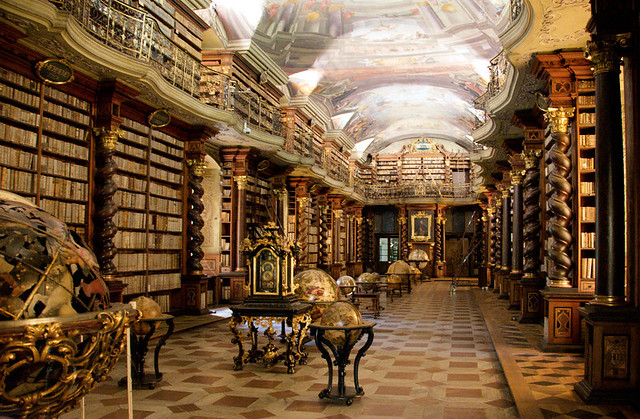 The enormous Clementinum complex is home to several different buildings. One of note is the stunning baroque Library Hall. With rare gilded globes and spectacular frescoes that show scenes of science and art, it really is worth a visit when in the locale. Local lore says that the Jesuits had just one singular book when construction began on the library back in the 1620s. It is said that by the time the building was completed that they had amassed around 20,000 volumes.

Since its opening in 1771, Portugal’s Mafra Palace Library has been home to a colony of tiny bats. In the winter months they roost behind the bookcases, and in the summer they flit through the pretty orchards. As well as being an interesting feature of the library, the bats also help to preserve the books – they eat insects that could potentially damage the paper collections.

And who said that libraries are dull?!

5 Incredible Sights You Can See in Antarctica
Awesome Antarctica: The SEVEN Wonderful Ways to Get There!