Not really being on India‘s hot-list as tourist destination, we planned to leave the next day by train up to Mysore. Unfortunately the only train was a non-sleeper, cattle car style train leaving late and arriving at 4am. So that was scrapped.

Which is where the taxi comes in…

Strange Thing #1: A taxi driver put his meter on… IN INDIA.

We decided to see whether a bus runs to Mysore. We flagged down a standard auto rickshaw man and his 3 wheeled suicide machine. 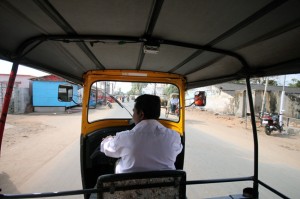 His first question: “Do you speak Hindi?” (No! And odd because in Karnataka, Kannada is the main language.)

After I replied that I could say ‘water’, ‘how much’ and listed a couple of obscenities, he seemed very pleased and switched the meter on!

I challenge any other foreign traveller in India to attempt this feat!

Strange Thing #2: I ate far too much Thail and actually turned down cinema snacks

Bus ticket secured to Mysore, we set out to sample the local Mangalore cuisine. Spotting a ‘Pantaloon’ cinema chain, we found to our delight that a English film was playing, The Margaret Thatcher biopic, The Iron Lady. Perfect.

With 45 minutes to kill before the start, we headed to a standard Indian canteen. A ‘pure vegetarian’, metal plate/no cutlery establishment. 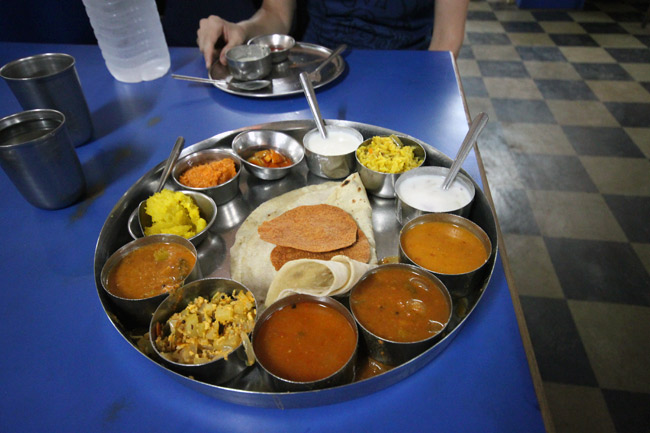 Those who have travelled to India, you will be aware of Thali. An all you can eat, multi portion monstrosity that can fill the fattest of fatsos.

Don’t do what I did and order the SPECIAL Thali. 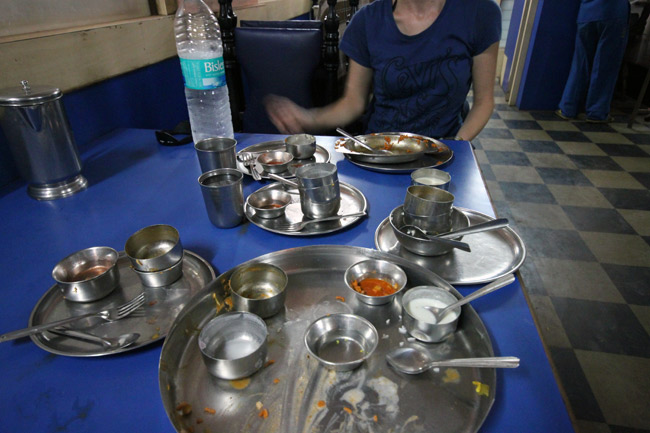 5 minutes to go before the film, we waddled back to the cinema, burping up curry and multiple chapattis, walking straight past the sweet smelling film snacks. Outrageously out of character I know…

Not all rickshaw drivers are scum, and 10 portions of curry is my limit! 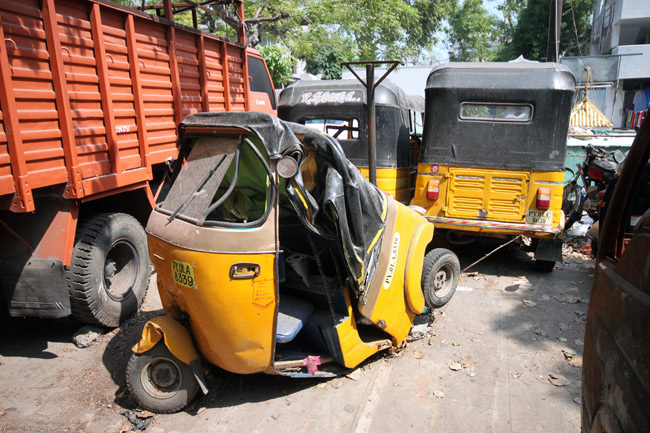