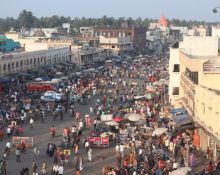 Puri is an old 1970’s hippy hangout in the region of Odisha (previously known as Orissa). It’s a seaside town on India‘s quieter East coast with a chilled hippy backpacker vibe. There’s obviously a beach, lot’s of fellow travellers and plenty of cultural things to see and do. Plus there’s some amazing some temples to […] 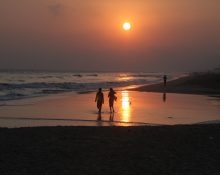 By Stuart Edwards in India, Travel Photo of the Day

Taken at sunset during a stroll along the beach in Puri, on the east coast of India. During the day the shore line was full of Indian families enjoying all the fun of the sea side! 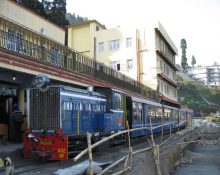 Darjeeling is home to the affectionately known ‘Toy Train’. Officially known as the DHR (Darjeeling Himalayas Railway), the Toy train is a quintessential part of Darjeeling’s history. Since 1999 it’s been listed as a prestigious UNESCO world heritage site. Riding the toy train has now become an essential part of a visit to Darjeeling.