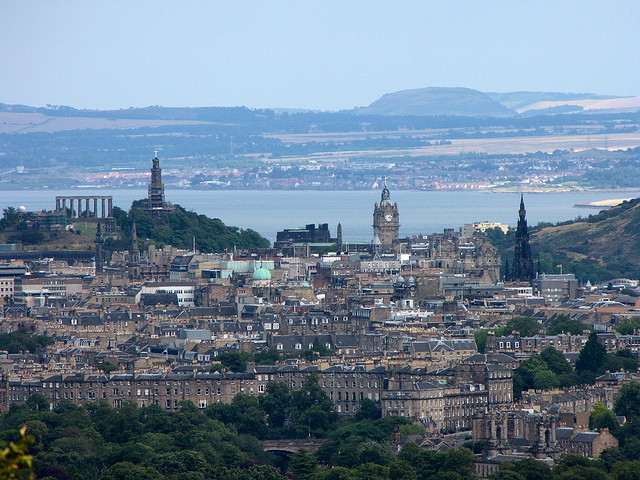 A visit to Scotland wouldn’t be complete without a stay in its capital city and, by organising accommodation for your trip to Edinburgh, this portion of your journey can be as affordable as you want it to be. While a stay in the city can provide you with ample itinerary fillers, the true beauty of Scotland goes much further than the city walls.

If you have the chance (and the accrued annual leave) to spend a little longer enjoying Scotland, be sure to explore further than its capital. While Edinburgh has a whole host of fantastic attractions, from the breathtaking panoramas at the top of Arthur’s Seat to the history-rich Edinburgh Castle that dominates the skyline, there’s nothing more enjoyable than getting out on the road to discover pastures new.

While Edinburgh would be an ideal base for the majority of your break, you may wish to be a little more flexible and hop between hotels so that you’re never too far away from a comfortable bed. With hotels available in Dumbarton, Inverness, Aberdeen, Perth and beyond, you can be sure that you’re just a small drive away from a good night’s sleep.

If you find yourself heading towards the west of Scotland, set up base in Dumbarton or Inverness and take a day trip to the Isle of Skye. One of the most easily accessible of the Inner Hebrides, you can be on the island in less than 3 hours – not bad in Scottish highland terms! It may seem off the beaten track but there’s nothing quite so liberating as taking a road trip through rural Scotland and is an absolute must-do at some point.

Set up base in Glasgow and you could be within a couple of hours from the beautiful coastal town of Oban on the western shore of Scotland. This quaint resort is a hub for tourism during the peak, summer months and from here, you could venture further and enjoy a trip to one of the nearby Isles, such as the Isle of Mull or the teeny Isle of Iona.

At just one mile wide, it won’t take long to explore the sites on the Isle of Iona, including the ruins of the 12th century Chapel of St. Oran. Legend has it that Macbeth is buried on the grounds! While the Isle of Iona requires a substantial number of ferry rides to access, the Isle of Mull is within easy reach of the pretty Oban. The second largest island in the Inner Hebrides, you could enjoy a Scotch whiskey tour at the only distillery on the island in Tobermory, which is also home to some incredibly beautiful, picture-perfect scenes – ideal for a little break away from everyday life.

Of course, a trip to Scotland should also include its other major cities, such as Glasgow – the home of Charles Rennie Mackintosh (and astounding nightlife and shopping opportunities!) Take some time away from the toil of work commitments and look forward to a week or two exploring everything that Scotland has to offer – you’re in for a treat!

Facebook | Google + | Twitter Stuart Edwards is the co-founder of this amazing blog! He's been travelling since early 2011, and is 100% addicted to coffee and Fail videos.
View all posts by Stuart Edwards →
Money Saving Tips for Families Travelling this Summer
[VIDEO] Weird Waving Dog in Hong Kong!