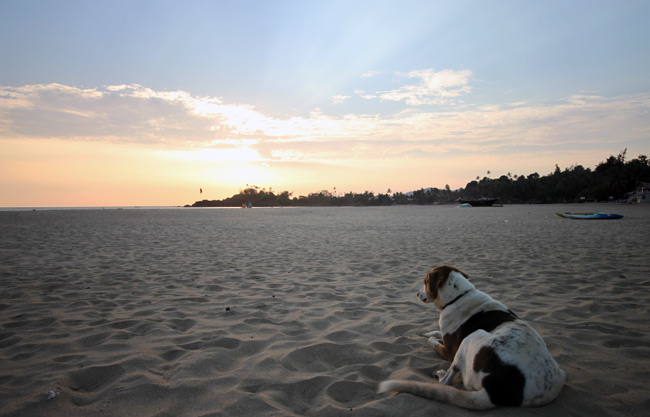 Dog lovers will love the golden shores of Goa. Along with the beautiful surroundings and pristine beaches, the local dogs are friendly and most importantly are used to human contact!

Unfortunately a lot of locals tend not to like our canine chums, and treat them accordingly. Dogs congregate in the tourist areas, around more tolerant holiday makers hoping that some dinner scraps might come their way. 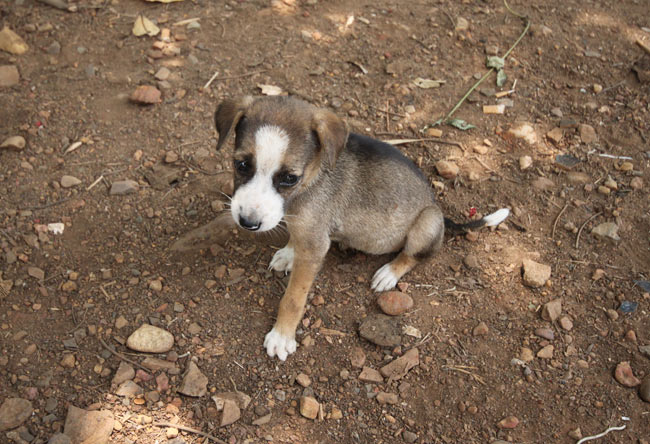 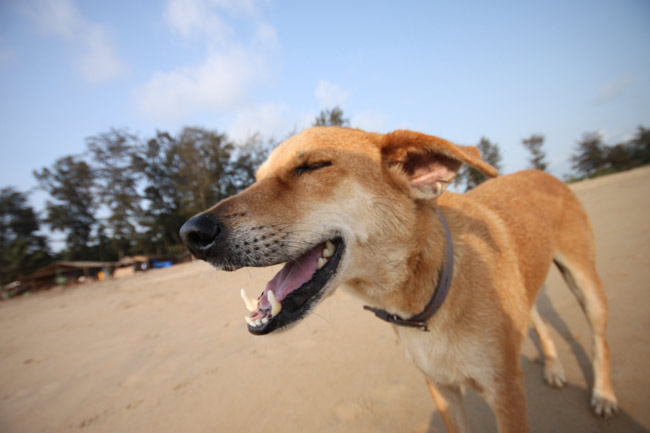 'Goofy' was happy about something

Beach life for the dogs is fraught with doggie complications. Naturally being very territorial, they fight for position within their packs. It’s a daily occurrence to hear them fighting if an outsider dog has strayed onto the wrong patch of beach! 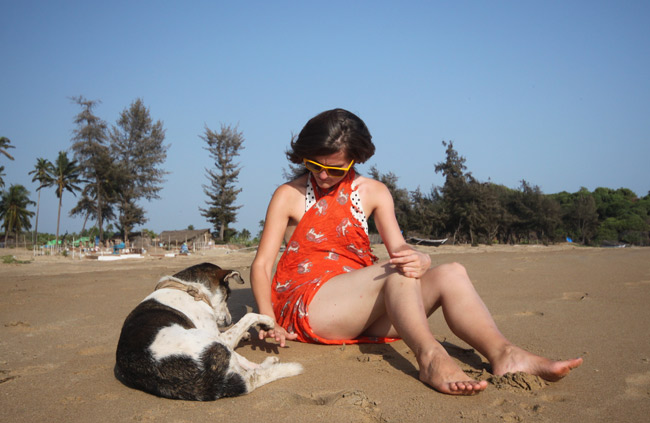 But all this aside, they’re loving creatures and enjoy human interactions, but they also become very protective of you over time. The longer you stay in Goa, the more doggie friends you will inevitably make! 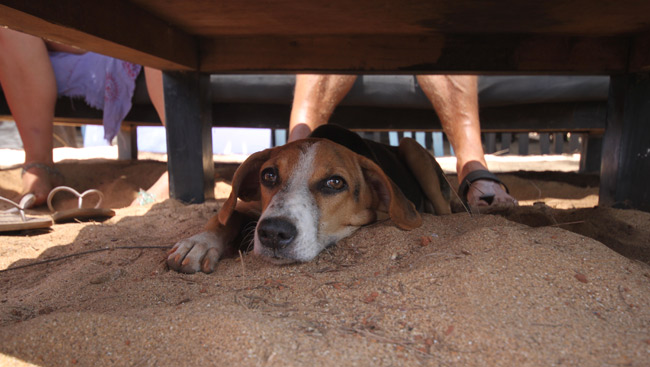 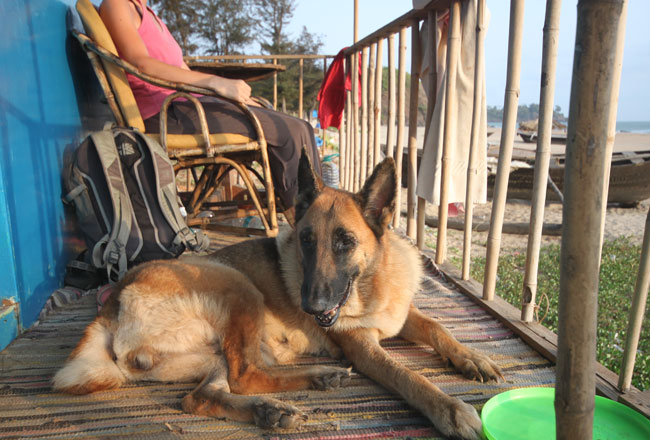 Eloise and I stayed on Patnem beach long after the season had finished, and became close with a lot of the beach dogs that live here full-time long after the tourists have gone home. They are full of personality and character, and like hanging out with their human counterparts! 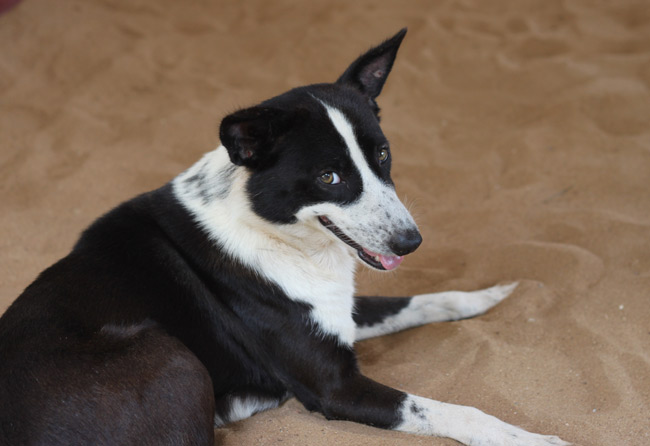 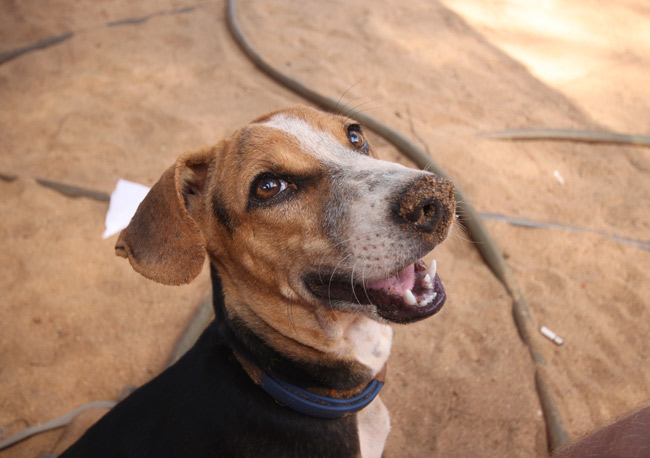 The majority of the stray dogs in the area have been spayed or neutered, aswell as receiving a critical rabies jab. You can tell the treated dogs as they have a little chip out of their ears to help identify them! 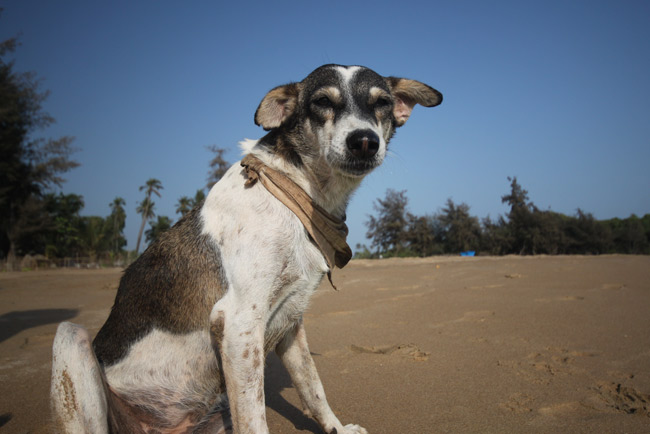 We named this dog 'Handkerchief', but was actually called Suki! 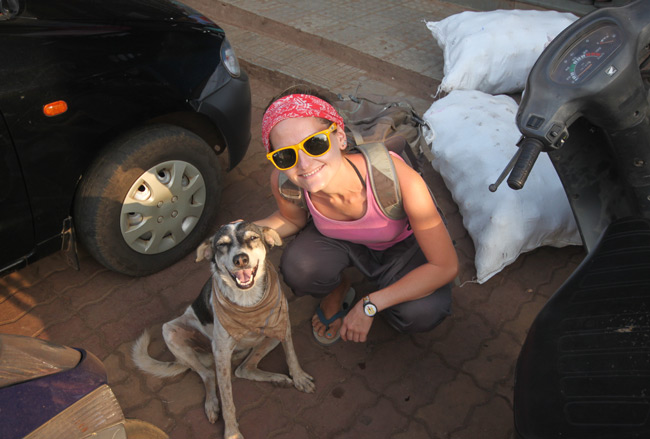 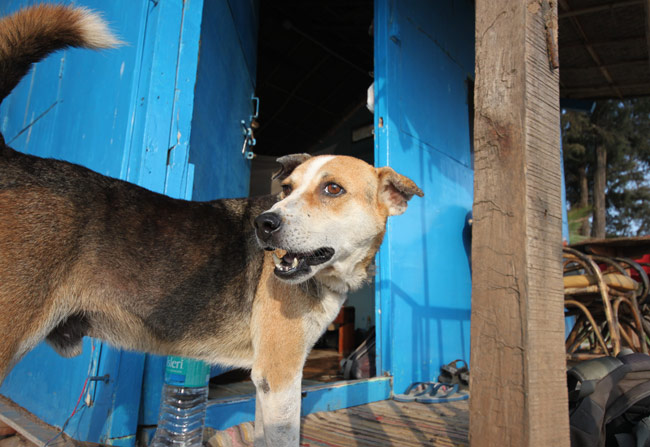 All the beach dogs look reasonably healthy, as they are fed largely by tourist left-overs.

But what about during the long off-season and monsoon months?

Our friend Janine runs the Animal Rescue Centre, helping animals from all over South Goa. She feeds the dogs along the 3 most popular beaches in South Goa; Agonda, Palolem and Patnem during the off-season from her own pocket and donations made to the centre.

Check out the Animal Rescue Centre site, and check it out on Facebook. Any support helps! 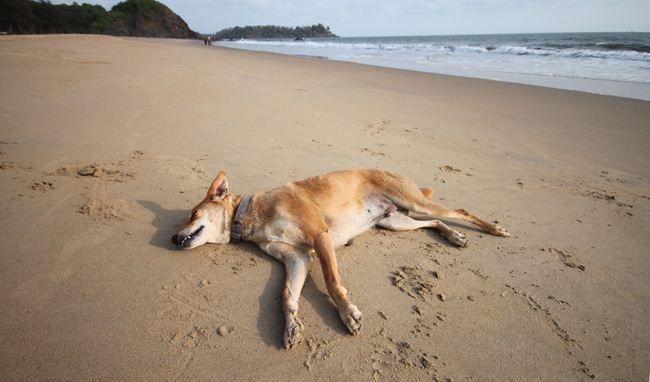 A Flying Visit to Mumbai and Delhi
Travel Photo of the Day: Tea in Darjeeling
South Goa’s Finest Beaches: Palolem and Patnem
Staying in Paradise on Koh Rong Island, Cambodia

Travel Photo of the Day: Candles at Buddha’s Birthplace
The Day We Met Val from Silly America.com and Jaime from Breakaway Backpacker.com!