Is it Hard Travelling as a Vegan?

It’s a question I hear often. I have to admit, sometimes it is…

A lot of people think travelling as a vegan is impossible. Granted choosing a suitable restaurant while travelling can sometimes be harder and take more time to suss out.

The positive thing is that I can still be vegan in every country I go to and there’s always lots of tasty vegan goodies to eat! I just have to look a bit harder sometimes! 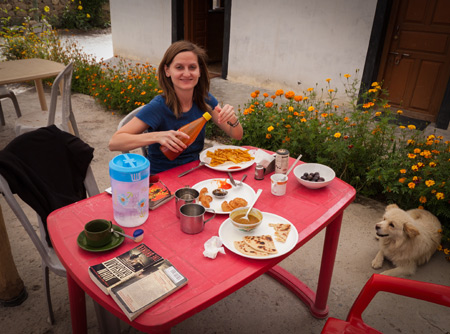 I have to do a bit more research on the local cuisine, and hope there’s some fantastic regional vegan dish! I look forward to this and every new destination offers something new.

I’ve tried to answer some basic questions that would-be vegan travellers might ask:

What are the issues that concern a vegan while travelling?

Will there be anything I can eat on the menu?

Unfortunately restaurants tend not to think about vegans when they write their menu. There are times when we’ve gone to a restaurant, looked at a menu and there was nothing vegan on the menu, not even plain rice! Everything was meat, fish, eggs or cheese!

This is rare thankfully and however simple it may be, there is usually something a restaurant will make for you. Remember they want your business! 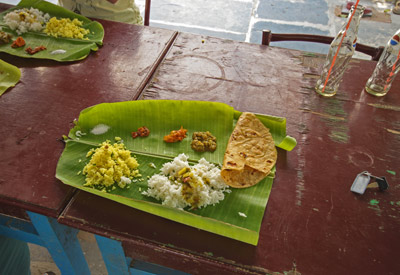 Will the waiter understand my needs?

There’s one thing trying to communicate to a waiter that you are a vegan and what you can and can’t eat, but try explaining that to someone with poor English, who doesn’t understand what a vegan is!

Even harder is yourself trying to explain, in another language what a vegan is and what you can and can’t eat. It is important to stay calm, speak slowly and know a few words in the local language!

Will my food come out vegan?

Once you’ve ordered and hoped they’ve understood your vegan diet, there’s hoping the chef understands and has remembered your requirements. More times than I remember I’ve had to send back pasta and pizza because it came out covered in cheese!

Will there be vegan options in every country?

Yes of course! Every country has something to offer the vegan traveller, even if they don’t know it! Asking for a dish to be made without some key ingredient usually works out fine, as long as it’s freshly made.

There’s always something in every country that a vegan has to request to be left out- Meat / fish stock and meat/ fish oil in China and Vietnam. Fish sauce in Thailand. Milk and butter/ghee and paneer (cottage cheese) in India.

Before we went travelling, Mongolia was my most feared country for vegan food and the negative reviews online for vegans almost put me off going to the country.

I’m so glad it didn’t though, as there was tons of vegan and vegetarian restaurants in the capital Ulaanbaatar! Our tour organisers also understood my vegan dietary requirements and I was served delicious, wholesome and healthy meals while travelling round the Mongolian countryside! 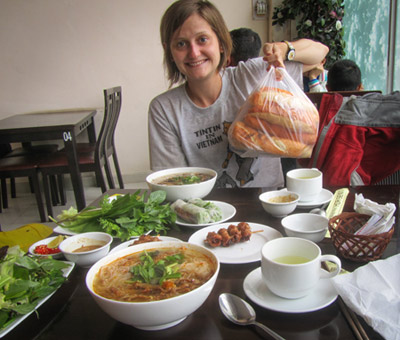 So all you would-be vegan travellers out there, don’t worry and go travelling, see the world as a vegan! It’s all a culinary adventure, go looking and go eat it!

Have you found it hard travelling as a vegan?

The Negative Side of Travelling #1: Eating Out Every Day
Things Girls Shouldn't Forget to Pack
My Vegan Experience in Pushkar, India
What is Kai Pen? The Delicious Vegan Snack from Northern Laos!

Travel Photo of the Day: Winter Blossom at the Great Wall of China
Tips For Surviving Indian Bus Journeys

6 Responses to Is it Hard Travelling as a Vegan?