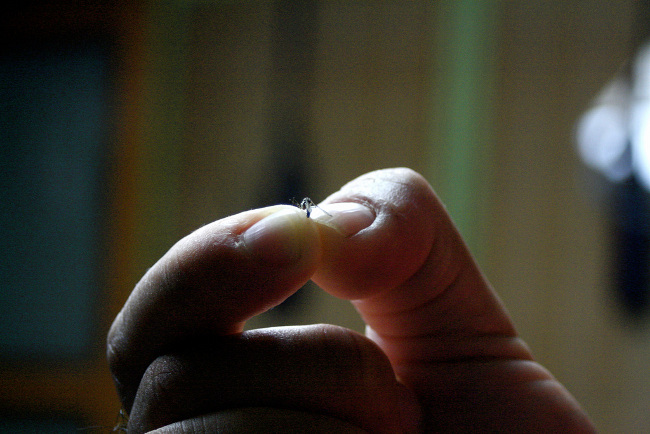 Mosquitoes could well be the planets greatest annoyance. Carrier of disease, cause of unsightly blemishes, bringer of ichyness.

Unfortunately mosquitoes will probably feature as a major part of most backpacker destinations around the world. Being prepared with the right knowledge to dispatch these blood suckers is essential to a non-itchy existence during your travels!

Luckily there are plenty of preventative measures to survive the mosquito onslaught. Creams and sprays help to various degrees. As a no nonsense fellow, I prefer a DEET based Anti-Mosquito product, but citrus based versions are also popular.

Mosquito coils and plug-ins offer a cheap solution are used to poison and deter any invaders in a given area. Personally I’ve seen results with coils, but I’m slightly wary of their negative health benefits when used in a confined space, after one traveller I spoke to reported coughing fits…

FoXnoMad also offers a clever look into how to turn your smelly socks into a Mosquito trap.

All these options seem quite passive. So what if you want to take it to the mosquito in a more direct manner?

Having recently stayed in a known mosquito hot-spot on the South East Indian coast, and not being provided a mosquito net, we were forced into offensive action against the invading pests!

Thankfully mosquitoes are a predicable foe.

Are you fed up of covering up your legs at night? Do you look like you have a contagious disease? Scratching like a maniac? Then get reading Soldier!

If you’re hunting down mosquitoes, arm yourself with the following:

The ‘One Hand Snatch’ technique is a time proven method for mosquito elimination. It has a high success percentage, but only I you have the hand strength to finish them off in your fist. Squeeze hard! Hundreds have literally escaped my clutches, safe in a crevice of my hand.

The ‘2 Hand Clap’ is better technique. Instant squashing, sometimes the air pressure is enough to total disorientate them, allowing for easy stomping. 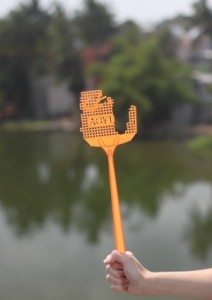 A significant upgrade to your arsenal. The fly swatter allows for extended reach, unparalleled accuracy on flightless mosquitoes. Plus more suited to those who are afraid to get their hands dirty. The fly swatter’s only downside is it lacks death blow potential when the mosquito is in flight. Attempted swatting mid-air just gives the enemy a speed boost in the direction you tried to kill him in.

As you can see, our fly swatter is time-served and looking a bit worse for wear! 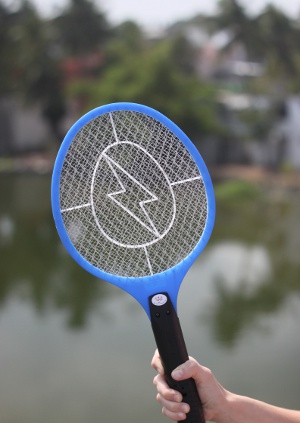 The ultimate Anti-Mosquito weapon. I can almost hear their little wings quivering in fear! Simply power up, and get killing! A jolt of static blasts the vermin in a puff of smoke. Downsides are that it’s quite cumbersome, and can be easily damaged in a moment of blind fury. Treat with respect!

South Indian Food That You Can't Miss!
Exploring the Bolaven Plateau by Motorbike! Part 1
A Week in Weird and Wonderful Wuzhou!
The Negative Side of Travelling #1: Eating Out Every Day