Since our long stint in McLeod Ganj, we’ve left the Himalayas and arrived in Rajasthan, India‘s largest and most colourful state.

But November has bought us together with new friends and old during our India adventure. During our Diwali visit to Rishikesh, we met up with my old friend Liz from school after seeing on Facebook that she was doing a yoga training course. It has been 16 years, but it was cool to catch up!

Then we arrived in Udaipur, the beautiful lake palace city in the south of Rajasthan.

We saw on Twitter that Anil from foxnomad was in Udaipur during the Wandering Earl tour! We’re big fans of his so we’re chuffed to bits when we managed to meet up for a coffee and a chat! 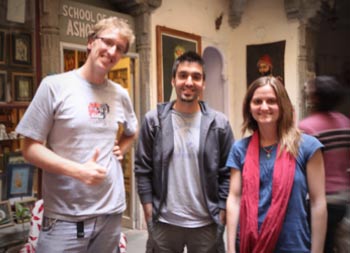 It was good to put a face to the name and ‘talk shop’ about the travel blogging world! I also learnt that Anil is a fellow BJJ practitioner and made me jealous saying he might spend a bit of time in Brazil honing his skills! (Wandering Anil Jujitsu Tour?) 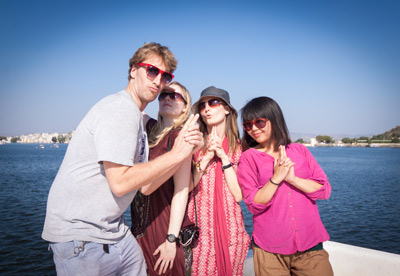 Then Eloise’s neighbour and our good friend from back home, Helen and her friend Thanh were arriving in Udaipur! We had planned to cross paths during our time in India and hang out for a few days! It was amazing spending proper quality time with them taking it easy around Udaipur. Unfortunately (but lucky for them) they had to head south to the beautiful beaches of Goa and on with their journey. 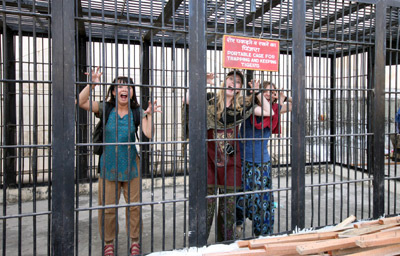 Don’t let these tigers out!

We consumed far too much booze and cakes and had our fair share of “One photo?” and “Nice shawl!” comments, but it was amazing to explore Udaipur together. Plus I think they liked our slow (lazy) travel pace! 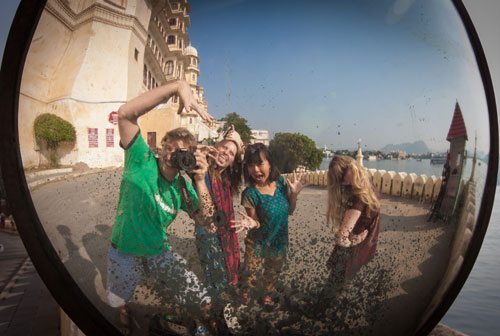 We only have 4 weeks left in India, and by the time we leave we would have been here a total of 11 months. We’re sad and excited to be moving on to new destinations, but we’re meeting up with more of our friends in Thailand for Christmas and new year’s, then heading over to China to see Eloise’s brother! An amazing few months lie ahead.

The world isn’t that small when it comes to travelling. We’re so lucky and thankful to see our friends from around the world.

Have you ever bumped into your friends while travelling?

Diwali Fireworks in Rishikesh!
Day 328: A Ferry Ride on Kerala's Backwaters
Round Up of Our 2012 Travels
Goa Beach Dogs

The Problems We Face Becoming Location Independent
Travel Photo of the Day: Winter Blossom at the Great Wall of China

4 Responses to November Seems To Be Our Most Sociable Month!