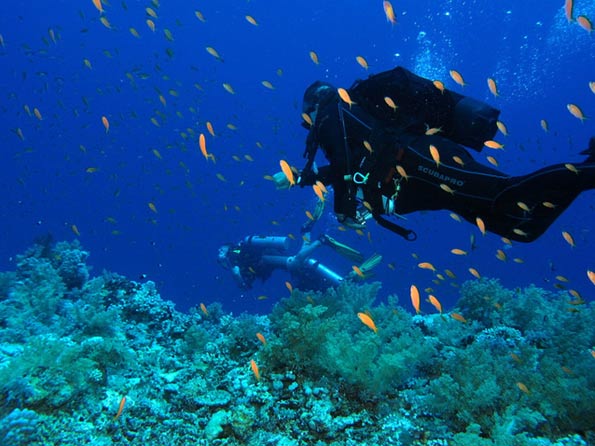 Makadi Bay is fast becoming a favourite destination for enthusiastic divers and sun-lovers from around the globe. Although the months from February to June and September to November are considered to be the perfect times to visit the land of the pharaohs, Egypt’s climate allows for year-round appreciation of what this awesome destination has to offer. Lying between a desert and a mountain range, this natural bay’s position on the shores of the Red Sea also promises all that these magnificent, blue waters have to offer.

That mysterious red glow from which the sea takes its name is really the reflection from the blooms of algae, which, when it dies, colours the water a brownish red. More often, the water makes a startlingly blue contrast to the miles of honey-coloured beaches of the Red Sea Riviera. It is what lies beneath these waters that excite the dedicated underwater explorers and photographers. Besides the ancient caves and wrecks that hold an eternal fascination for divers, the Red Sea is alive with over 1100 colourful and widely diverse marine species; 40 of these are endemic. An abundance of exquisite coral species add to the vibrant, kaleidoscopic spectacle. A number of diving schools and clubs are there to assist those eager to visit this breath-taking underwater playground. It is a difficult environment to leave, but Makadi Bay has so much more to offer. 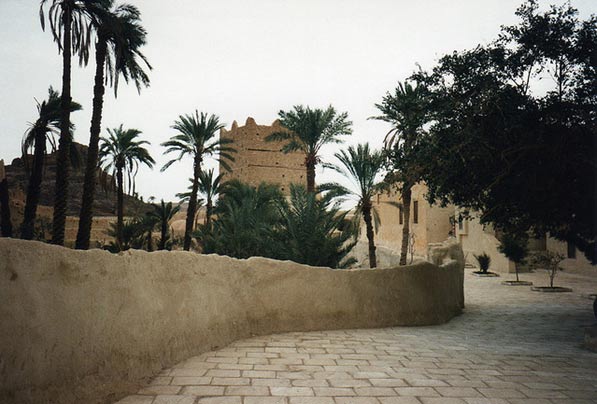 Short excursions to the ancient monasteries of St Anthony and St Paul, which date back to 251 A.D., or a short Nile cruise to the spellbinding town of Luxor are a must for those with a lingering fascination for Egypt and its rich and grandiose history. To view the beauty and intricate workmanship of the renowned temples and tombs up close, truly gives an appreciation of the wealth of artistry to which the ancient Egyptians had access and the excellence that was demanded by Egyptian pharaohs and nobility. A visitor’s senses are sure to be overwhelmed by the magnitude of it all and returning to luxurious accommodations to contemplate the day’s viewing is a reward in itself.

Almost as a throwback to the ancient lavish living of the more privileged of Egyptian society, Makadi Bay caters to every need and budget of the holidaymaker. Numerous luxurious hotels, such as the Makadi Palace, or the Makadi Spa Hotel would have pleased Cleopatra had she enjoyed the pampered relaxation available here. The Grand Makadi Hotel features a stunning private beach, a heated, freeform swimming pool, a separate children’s pool and a variety of activities to be enjoyed at each if lazing on a lounger under a parasol seems too tame. 3 á la carte restaurants provide Italian, Caribbean and Middle Eastern gastronomic delights and for those inclined to wander further afield a Dine Around Upgrade will provide access to restaurants and bars at the Makadi Palace Hotel. Hotels also provide much of the night time entertainment, but a trip to nearby Hurghada will offer a wider and busier selection of things to do.

Whether visitors take advantage of the magnificent beaches, spectacular underwater world, or the awesome reminders of ancient times, Makadi Bay is a destination that will not disappoint. It will ensure memories that will last a lifetime and an irrepressible urge to return again and again. With its almost inexhaustible source of ancient treasures and modern delights, planning a holiday to Egypt, or more specifically, to Makadi Bay will deliver a different experience every time.

Facebook | Google + | Twitter Stuart Edwards is the co-founder of this amazing blog! He's been travelling since early 2011, and is 100% addicted to coffee and Fail videos.
View all posts by Stuart Edwards →
To Infinity and Beyond: The World’s Best Infinity Pools
Losing Someone You Love While You’re Away Travelling