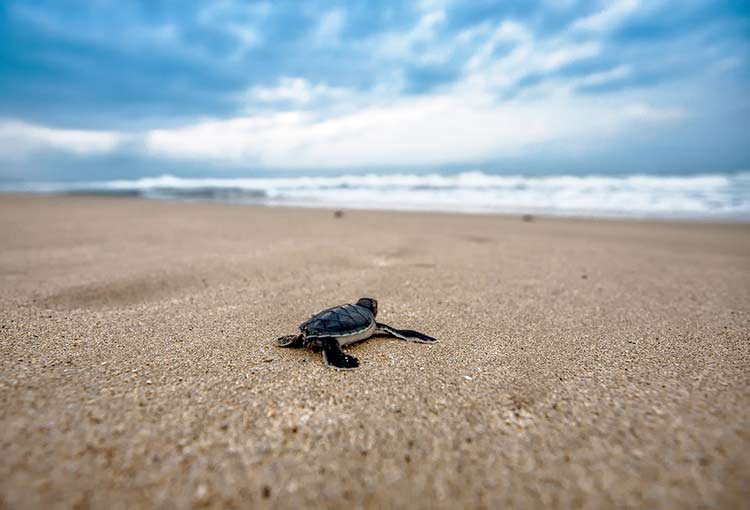 Turtle’s are by far one of my favourite creatures, even before Finding Nemo embodied them with a cool dude surfer vibe. Look into their eyes, and they seem to know everything that’s ever been. Their gaze is that of almost weary disdain and I always long to know what they would say if only they could.
There are seven types of sea turtle.

Green Turtle: – Next in size, the green turtle can weigh up to 225kg and reach 1.2m in length. Green turtles are herbivores and love grasses, seaweed, and algae.

Hawksbill Turtle: – Known for its hooked beak and particularly lovely shell, this type is smaller averaging between 0.5-1m. They love sponges which is why their beak has adapted to get into cracks and crevices.

Loggerhead Turtles: – These turtles grow to around 1.2m in length and are known for their large heads and strong jaws perfect for eating hard shell prey like crabs and conches.

Kemp’s Ridley and Olive Ridley Turtles: – These two are the smallest, not getting above 0.6m in length.

Flatback Turtles: – Named for their flat shell. These turtles are only found in Australia.

Turtles are generally found in tropical and sub-tropical regions, and many of the species migrate thousands of miles to feed and breed. If encountering their graceful moves, effortless serenity and casual indifference and is what makes your dives spectacular then there are some destinations to consider when planning your next trip.

If you ever thought, “I’ve seen enough turtles,” might be an impossible thing to utter, think again. Believe me when I tell you they can start to get in the way! The diving in this region is superb, and you will run out of fingers and toes on which to count the number of turtles you see on some occasions. Green turtles are what you will see here and while you’ll have luck year around July to November is mating season with numbers peaking in August. 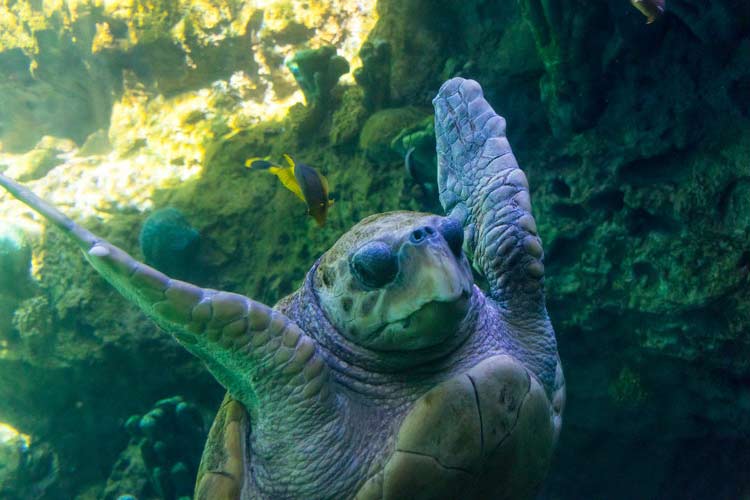 The Galapagos are synonymous with megafauna and are home to a subspecies of green turtle specific to the region. Nesting time is December through to February, during this time the waters off the north coast of Isabela are close to saturation. It’s estimated 3000 turtles migrate to the Galapagos Islands.

Six of the world’s seven species can be seen while diving in Australia, but you are most likely to encounter green, hawksbill, and loggerhead with the occasional leatherback and Olive Ridley. The outer reefs like Ribbons and Osprey are the best hunting grounds while thousands come into nest on Raine Island in November.

There are many places in Mexico to get your turtle fix. Akumal is a small beach town whose name translates as, ‘place of the turtles’. Loggerhead and green turtles can be spotted here. Turtle Reef off Playa Del Carmen is home to 2m long loggerheads so used to divers that there’s definitely selfie potential. Cozumel also has nesting grounds for the loggerhead and hawksbill turtle making them a common sight underwater.

There aren’t many places in the world where you can encounter and turtle as large as you while taking your open water course but Costa Rica is one such place. On the west coast, Guanacaste welcomes thousands of turtles each year. On the northeastern coast, the protection of Tortuguero National Park provides refuge for nesting for around 2000 green turtles. See leatherbacks March to July and hawksbill and green turtles July to October; numbers peak in August. 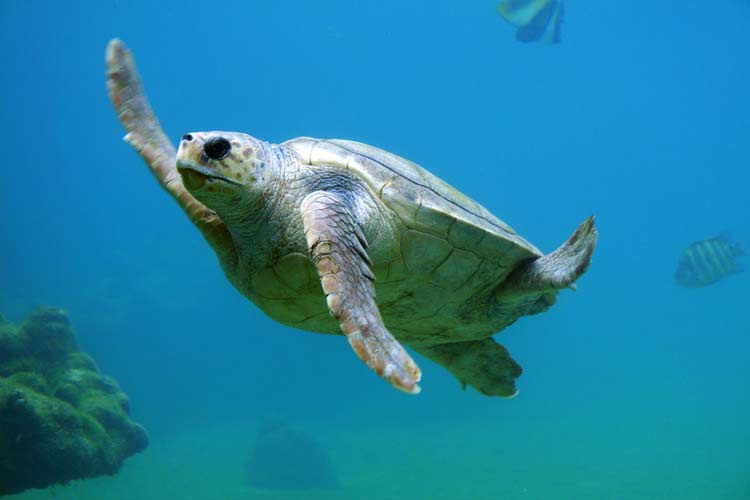 The Maldives is synonymous with great diving and turtles are part and parcel of that. You’ll see them frequently when diving in the South Male, North Male, or Ari Atoll. They don’t nest in the area so don’t expect the numbers you might in other locals but do expect to see enough to make you smile.

Encounters with turtles are magical, and while they seem protected by their tough shell and mostly unconcerned by our curiosity, this shouldn’t direct our behaviour towards them. They are very sensitive to touch, even that shell, and can quite easily be frightened.

Remember that these majestic creatures are air breathers, scare them and they won’t ascend to breathe which can cause very severe lung damage. Give them space, don’t block their path, and try not to use a flash when photographing them but most importantly, enjoy the experience.

A regular guest contributor, Sarah is a travel freak who was a lawyer in a previous life, before semi-settling in beautiful Thailand!
View all posts by Sarah →
Lovers’ Paradise: Why Singapore Is An Excellent Romantic Getaway
5 Reasons Why Melbourne Is The Best Sports City In The World