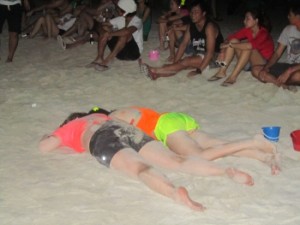 Koh Phangan in Thailand is famous for probably the world’s most well known dance gathering – The Full Moon Party. A favourite on every backpackers 10 Best Things to do in South East Asia to-do list – But is that all Koh Phangan is good for?!

Most people stop in Koh Phangan’s Haad Rin long enough to party their asses off, recover for a day or two, then ship on out to another island.

But what about the rest of this stunning island? Bucking the trend somewhat, we decided to stay on and explore what the quieter side of Koh Phangan had to offer. Post-hangover.

Koh Phangan is pretty big, and getting around is limited to relying on the most Annoying People You’ll Probably Meet When You Travel in Asia – The tuk-tuk Mafia rip-of merchants (100+baht from the Thongsala port to Haad Rin!).

Being big scooter advocates, we commandeered our own transport in the form of 2 wheels! 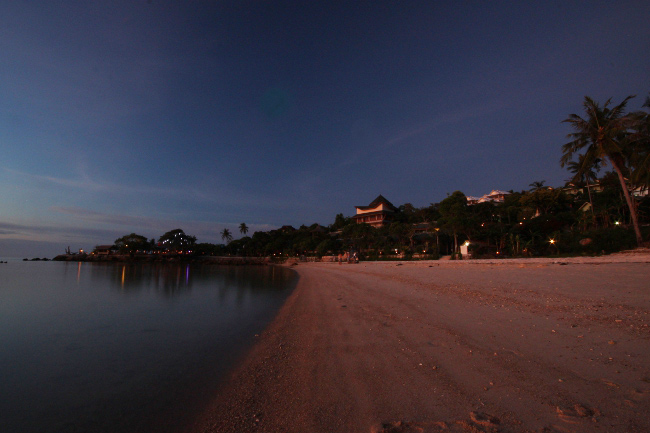 The island is predominately uninhabited, the busiest parts being Haad Rin in the south east and the main town Thongsala by the port on the south west. The west coast is a beautiful area to explore, with luxury resorts, empty beaches and jaw-dropping views along the coastal roads. The north is the most sparsely populated area, not really accessible without a dirt bike (hire one in Haad Rin). 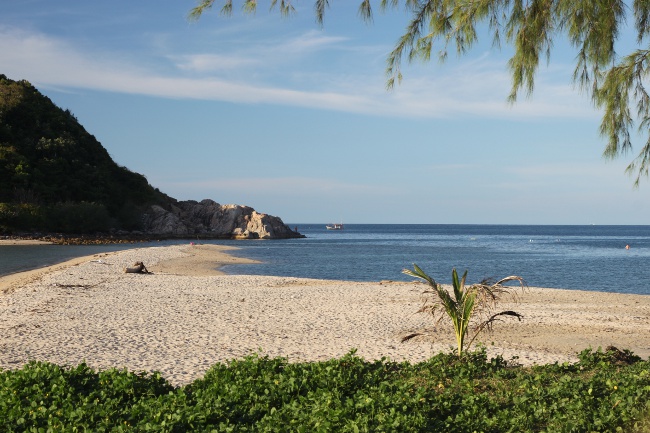 We moved over from Haad Rin to Haad Yao as soon as the alcohol had left my system and I could control a vehicle again. For the same money as our tool-shed, erm beach shack we moved to a ‘wellness retreat’ equipped with swimming pool, steam room, attached restaurant, fresh juice menu, yoga facilities and bedding!

Haad Rin is excellent fun, with more drinking and eating options than you can throw your shrivelled liver at. But when you want to escape the carnage, get yourself mobile and head to where the crowd’s aren’t. 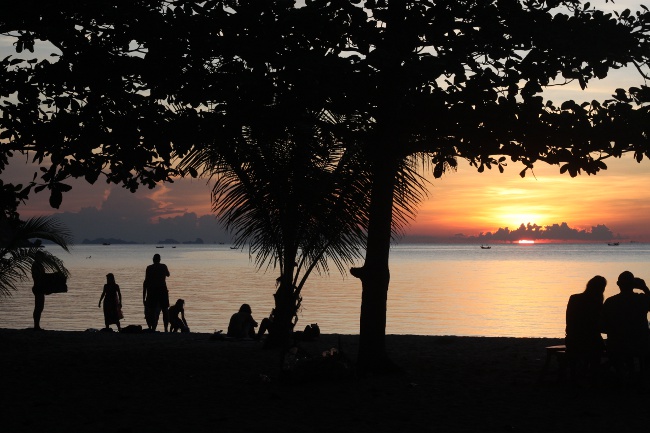 Haad Yao and Haad Salad (yes Salad) are probably two of the best beaches I’ve been to on my travelling adventure so far. Pristine warm waters, spotless and quiet! 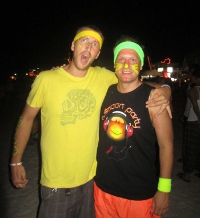 The Full-Moon party is Koh Phangan’s unlikely best asset. It draws worldwide attention from the party crowd, and that same scene puts off a lot of travellers from going. Thus keeping the beautiful parts beautiful and the island nice and quiet between the monthly partier in-flux.

Massive discounts are available just a few days after the party, up to 50% off in some swanky establishments in the quieter western and northern hotels and resorts.

Meet you on the other (quieter) side!

The Ultimate Guide to Killing Mosquitoes
What Is It Like Staying With Nomads In Mongolia?
How to use a Squat Toilet: A Travellers Learning Curve
Getting Pampered While Travelling in Asia!

Travel Photo of the Day: The Curious Sheep in Western Mongolia
Preparing Your Home For When You Go Travelling: Part 1

6 Responses to The Quieter Side of Koh Phangan, Thailand