A few of my favourite shots from our visit to the mega city of Shanghai a couple of months back during our travels around China! 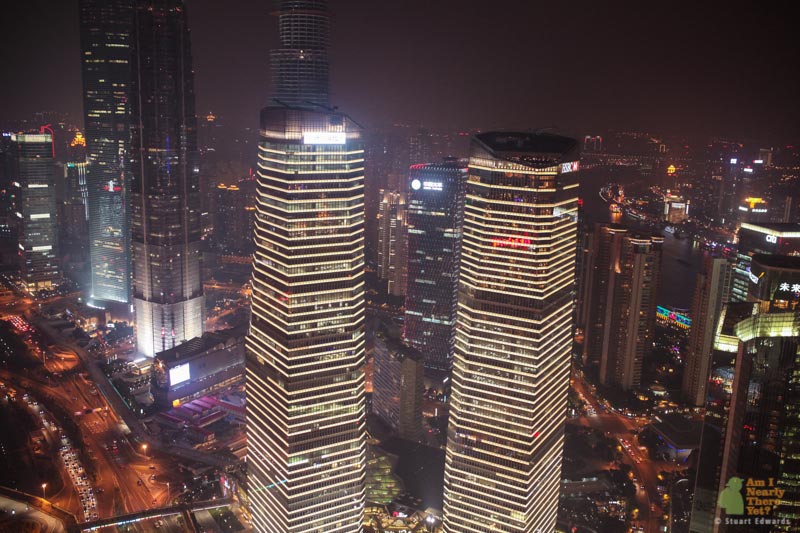 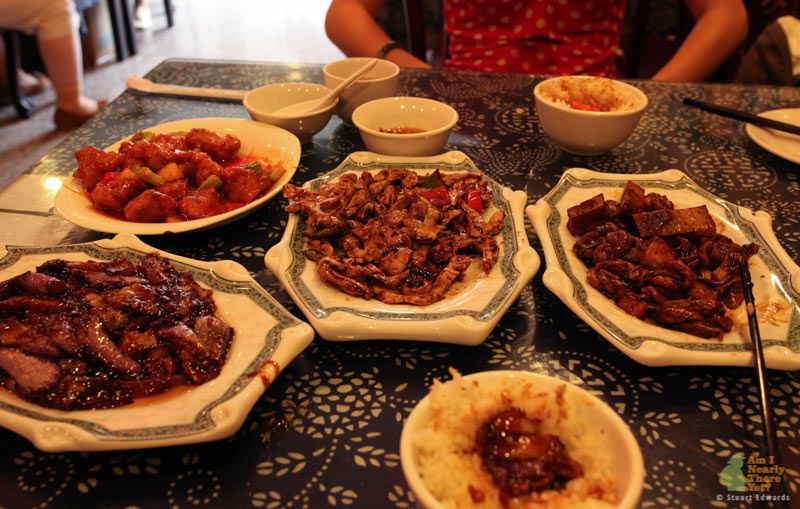 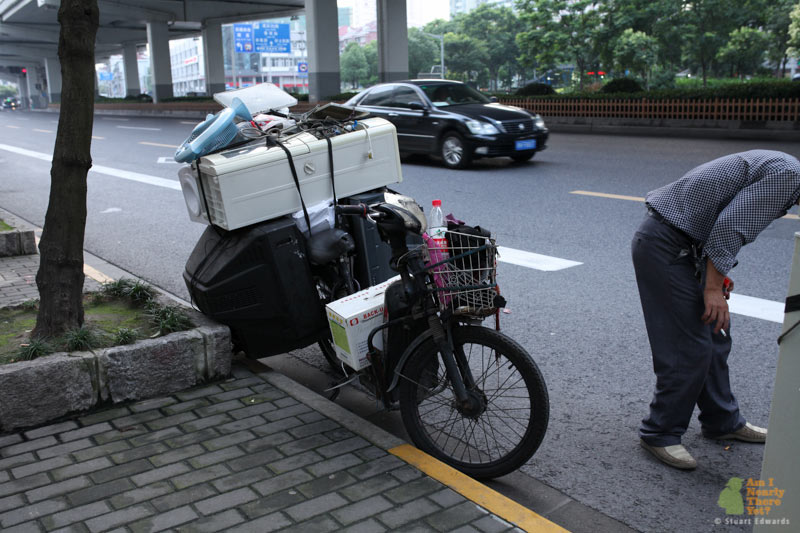 This dude has no chance. Surely the award for the worst load ever? 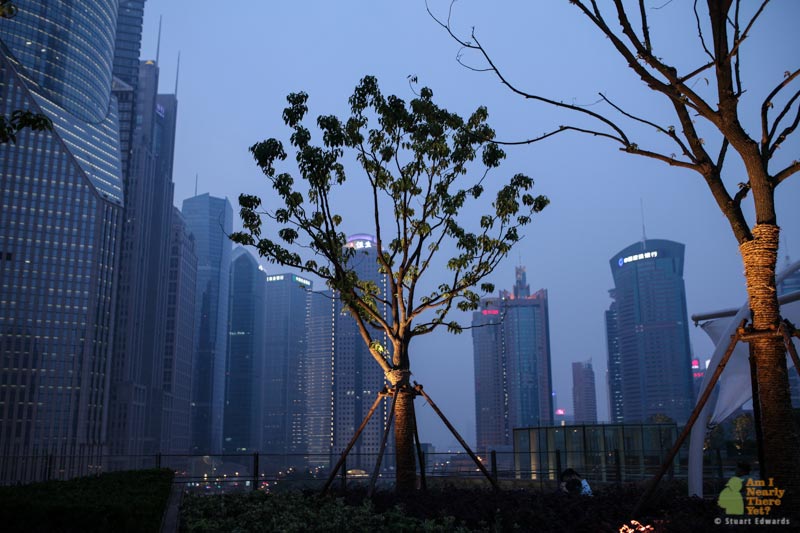 A nice man vs nature contrast! A good effort to reduce the carbon dioxide in the city. 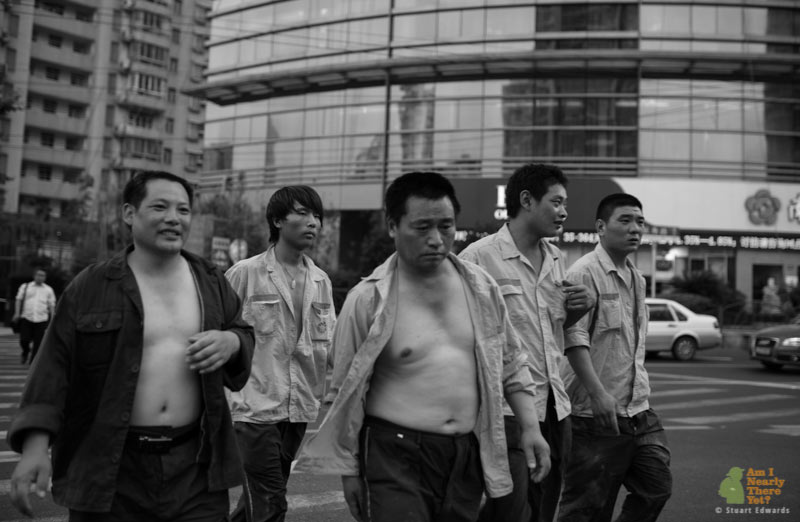 The lads heading home after work on the nearby building site. 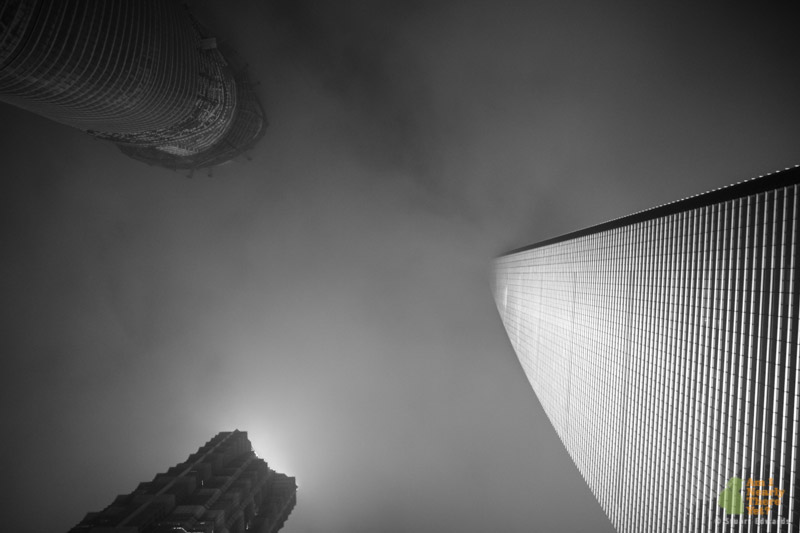 These. Buildings. Are. Big. The Shanghai World Financial Centre (The highest building in China, with the highest observation deck in the world) on the right, the Jin Mao Tower at the bottom and the under construction Shanghai Tower on the top left, which will pip the one on the right! 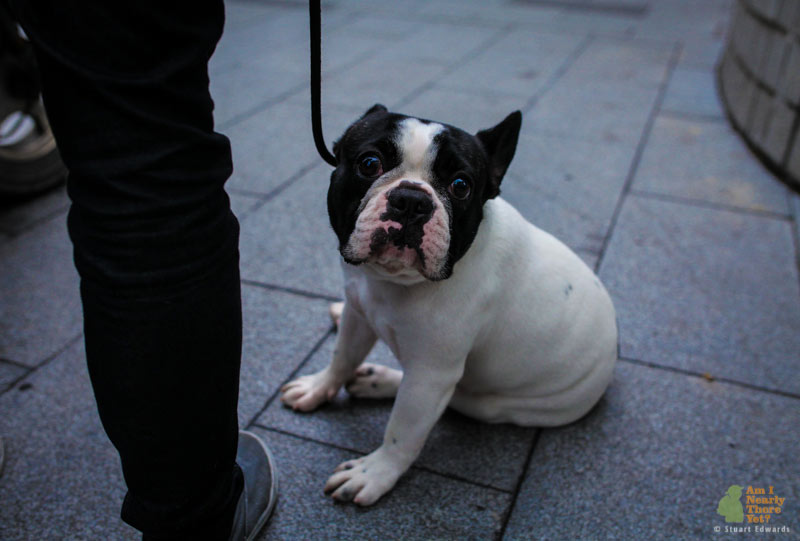 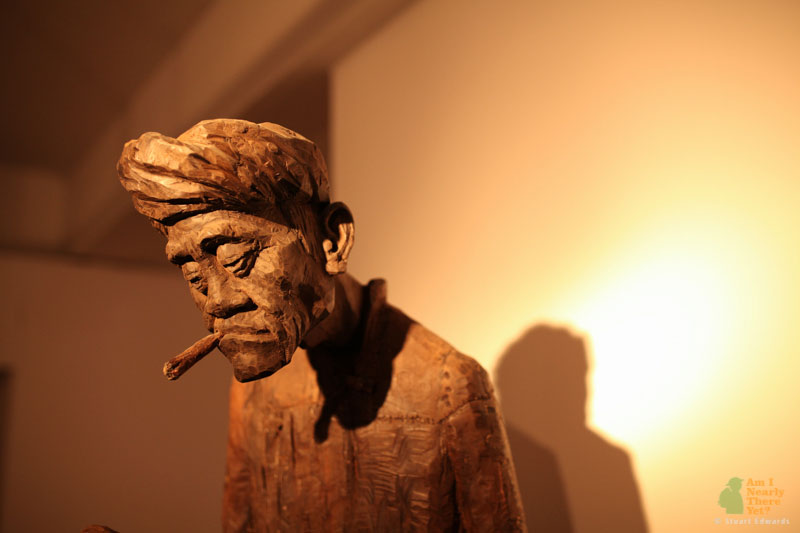 A sculpture from one of the galleries in the ‘Red Town’ art district. 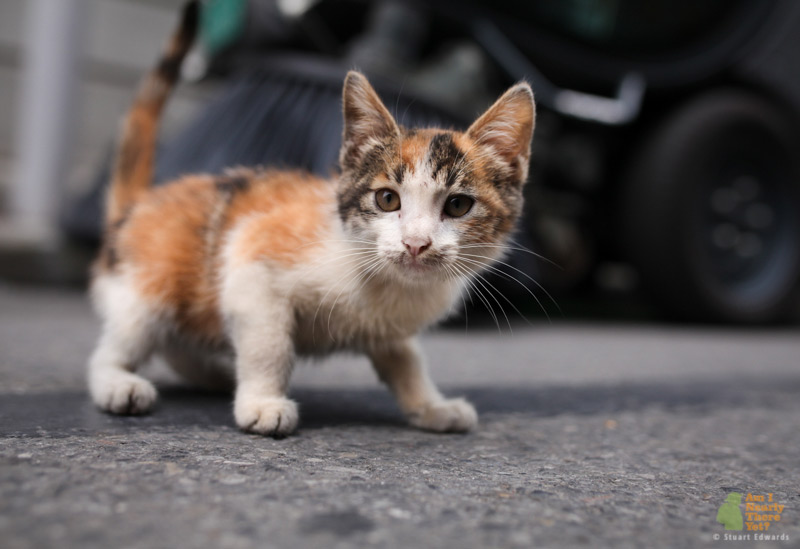 Hiding under a garbage collector, we think this little kitten had lost his mum, and ran out to see us when we called him out! 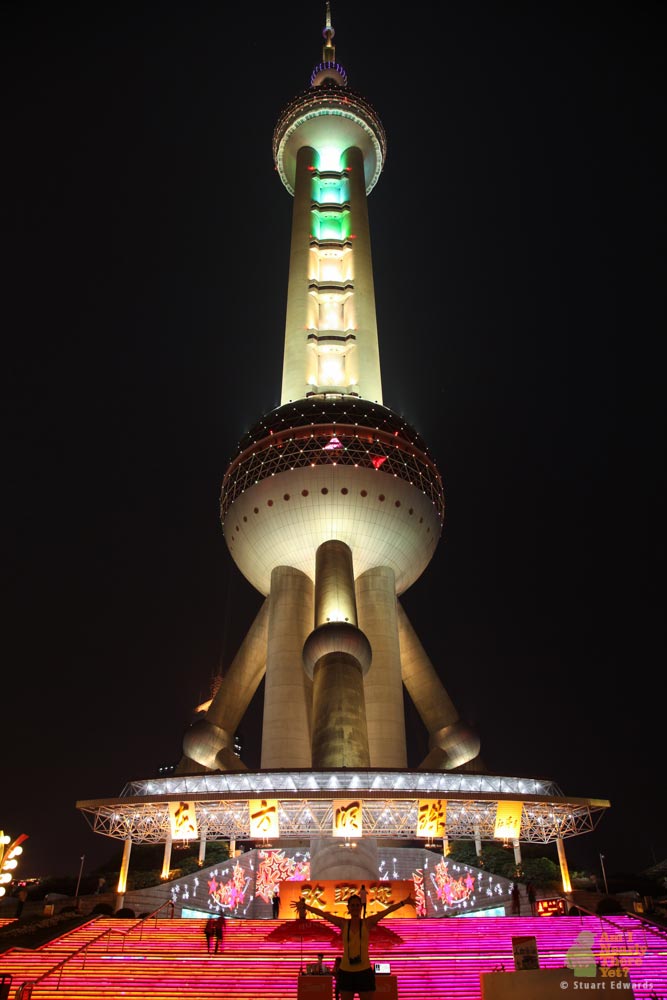 The Pearl Tower! 12th largest building in the world. Brash, ridiculous, busy. But it looks like a rocket! 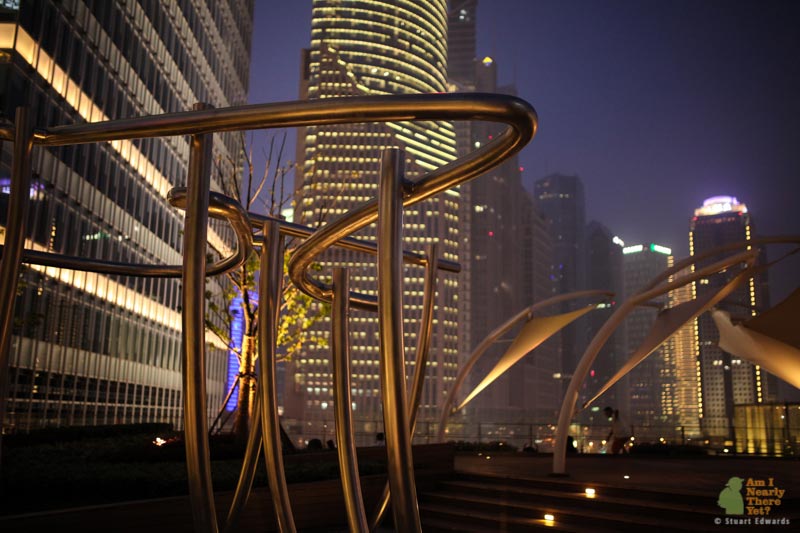 Cool twisty metal sculptures near the IFC mall on the Pudong side of Shanghai. 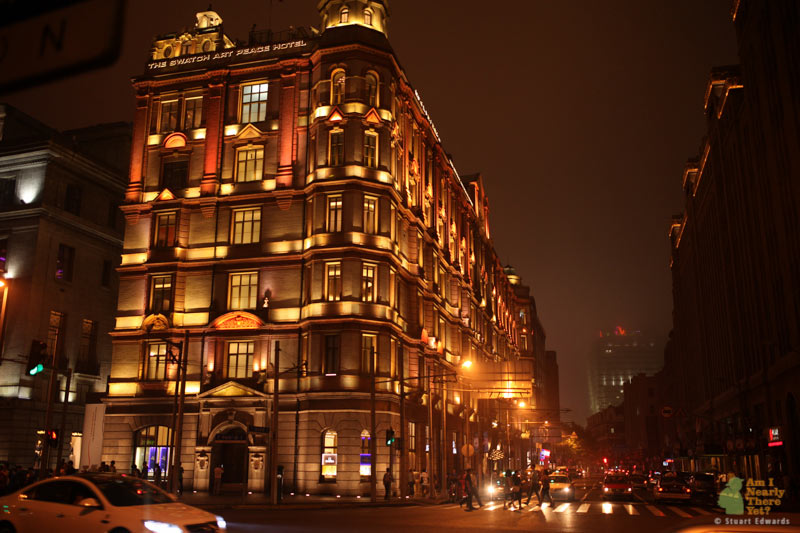 The famous and iconic Peace Hotel on the Bund! Now sponsored by Swatch. 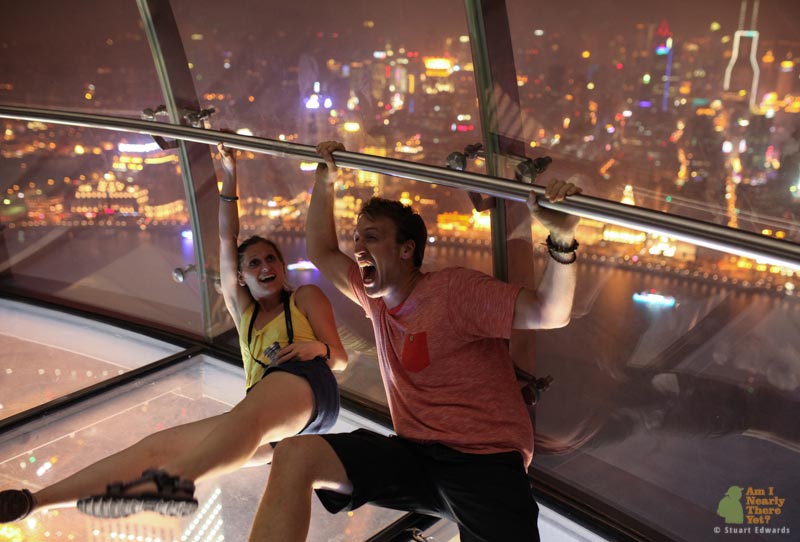 Scared of heights? We’re not. Not much. 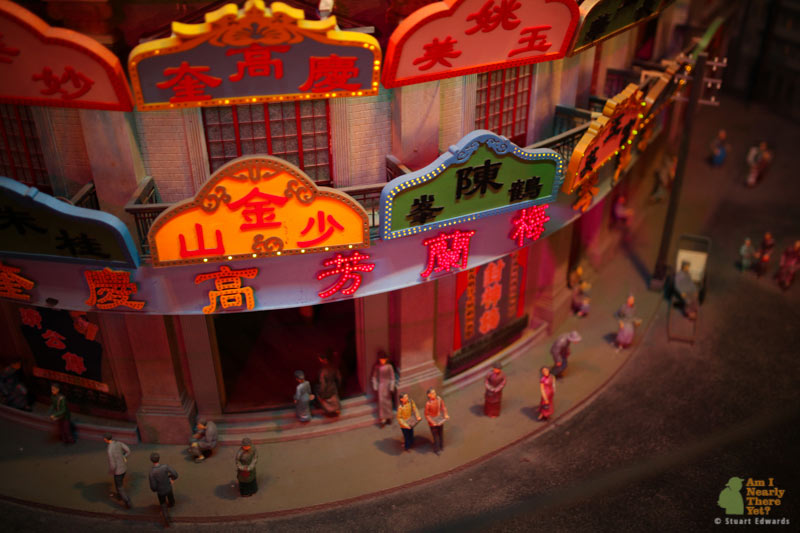 Taken from out the window of our hostel.

Not really, it’s a scale model of a section of old Shanghai from the Pearl Tower museum. 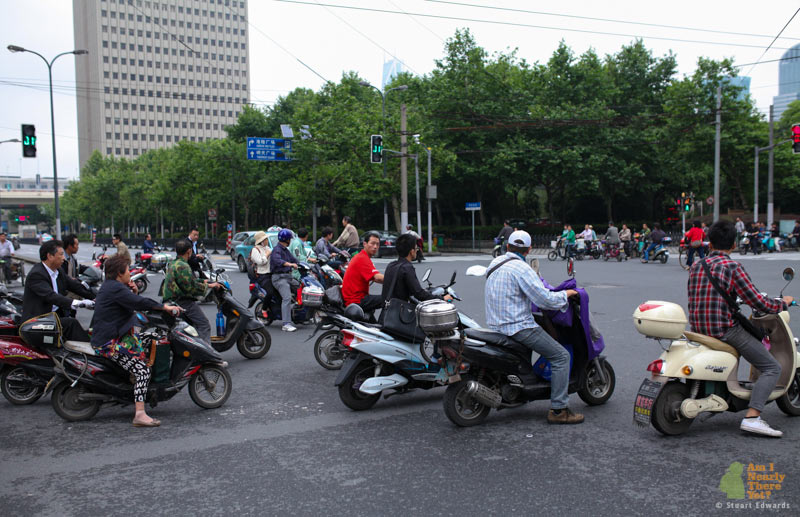 Road rules? Nah. Motorbikes and scooters simply don’t adhere to any rules in Shanghai, so watch out! 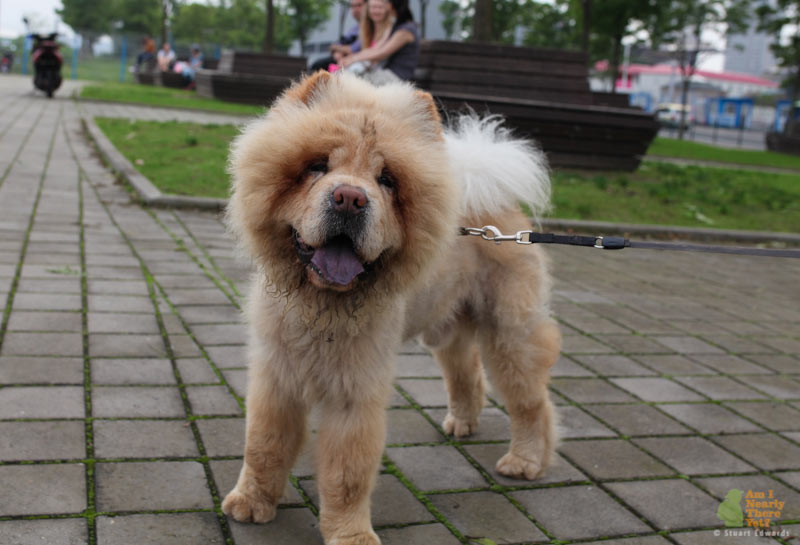 Yes, I know. Yet another ridiculous Chinese lion dog picture. 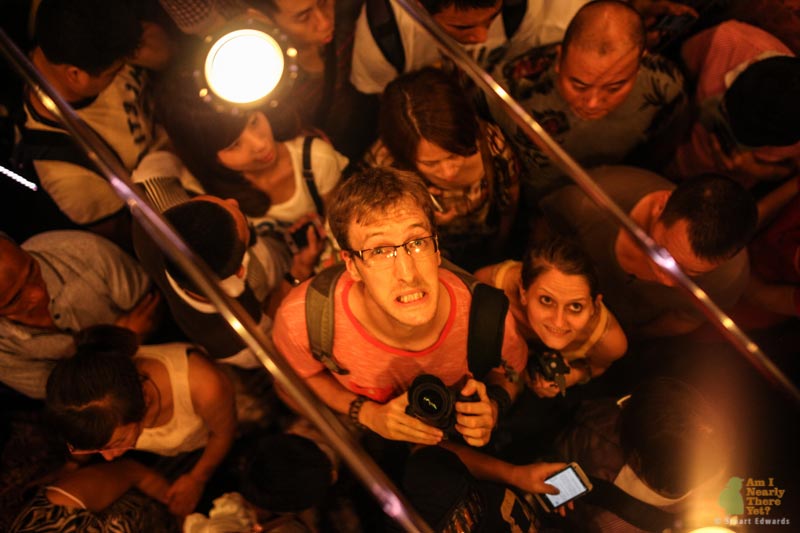 Heading up the 400 or so metres in the Pearl Tower lift! 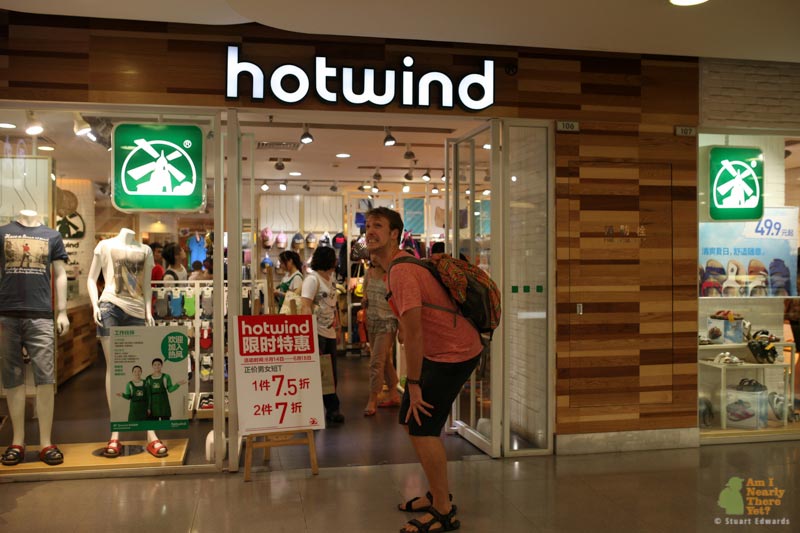 This had to be done. 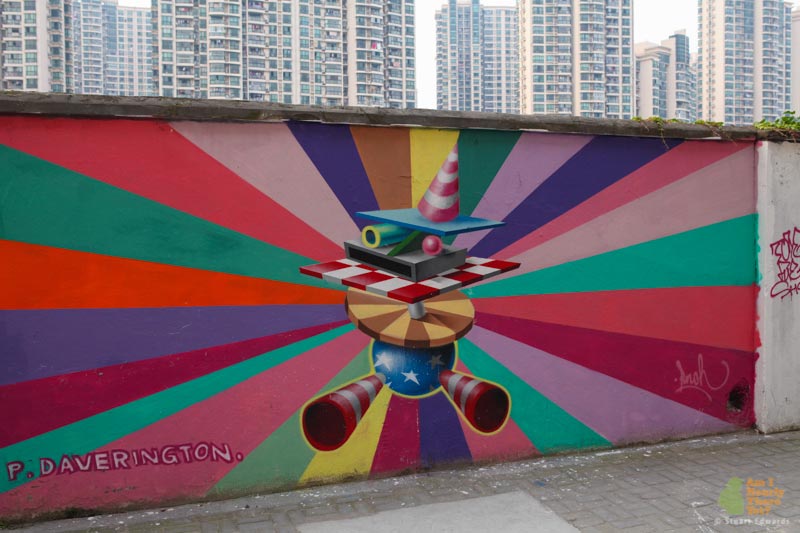 Some cool graffiti in the M50 district. No surface was safe from the spray can! 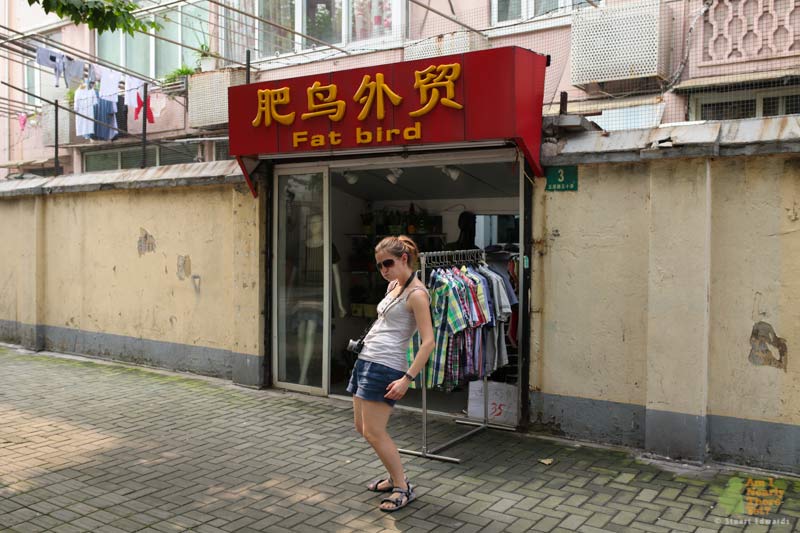 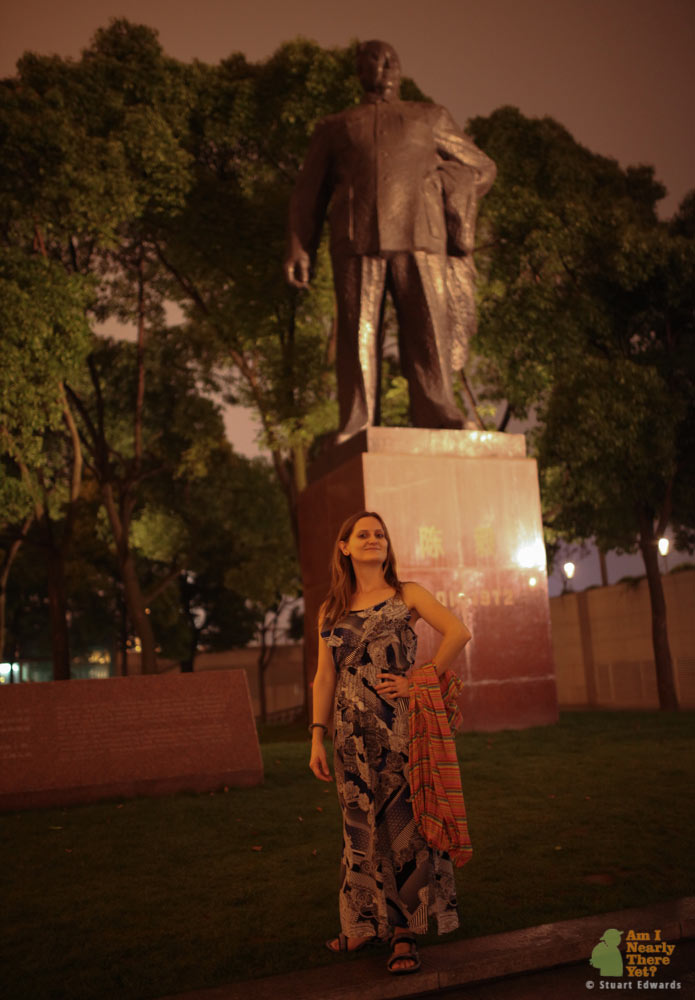 The security guard off to the left didn’t quite know what to make of this pose. Blow the whistle at us, or laugh? 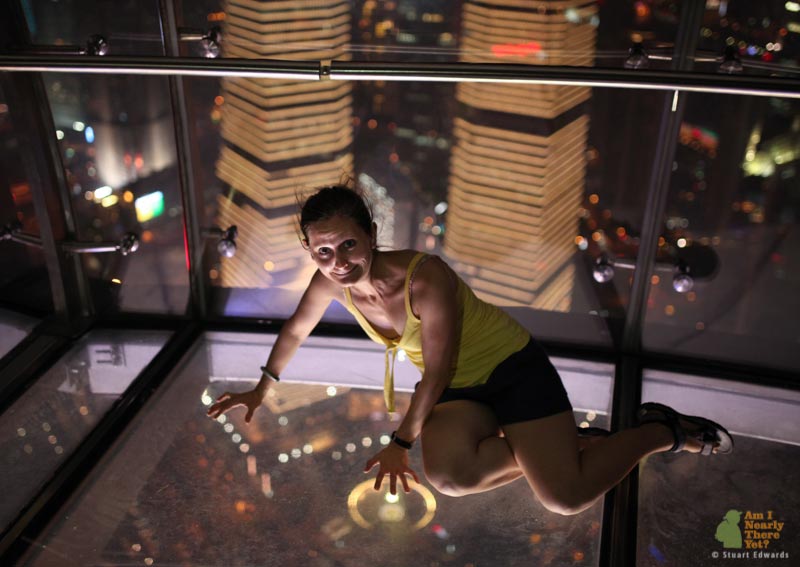 Holding up the walking traffic on the Pearl Tower view point, much to the amusement of the Chinese of tour groups! 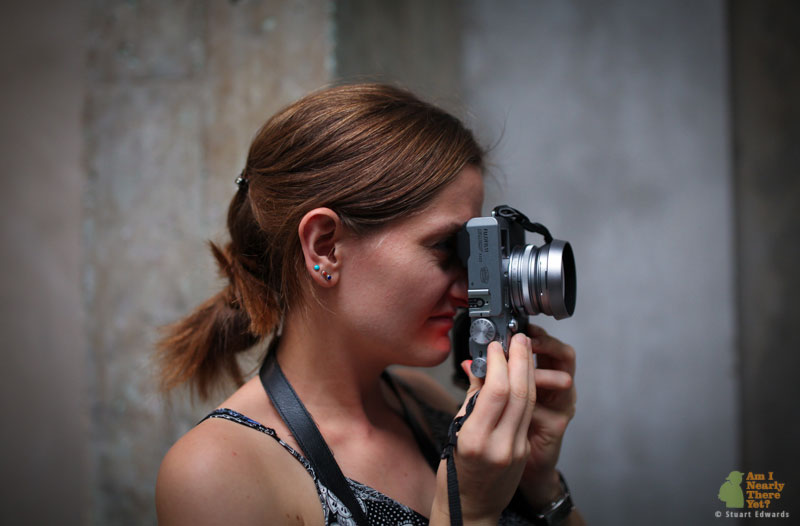 Photographer in the making! 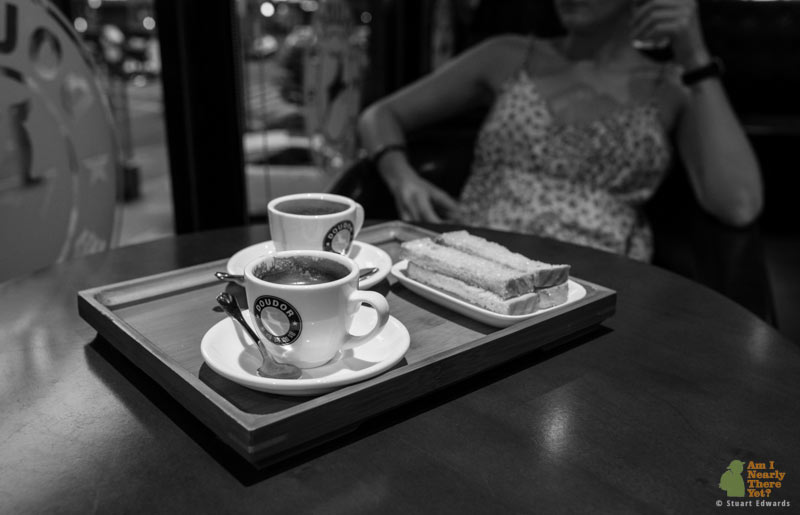 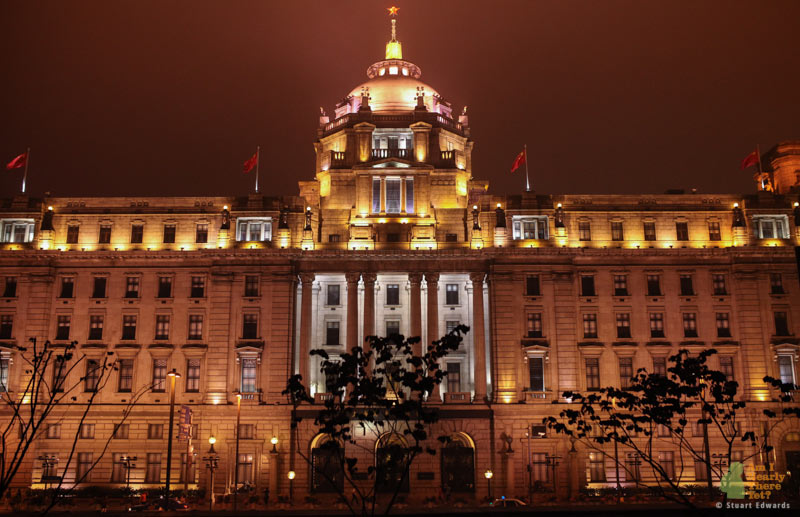 Another epic colonial building on the Bund. Fit any more China flags up there? 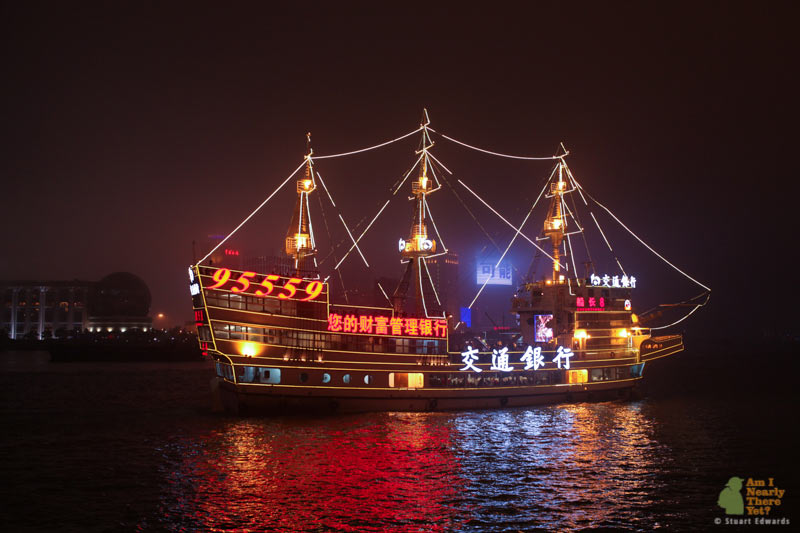 The Shanghai Pirate Boat rides! I just made that up, this is what the actual normal boats look like. 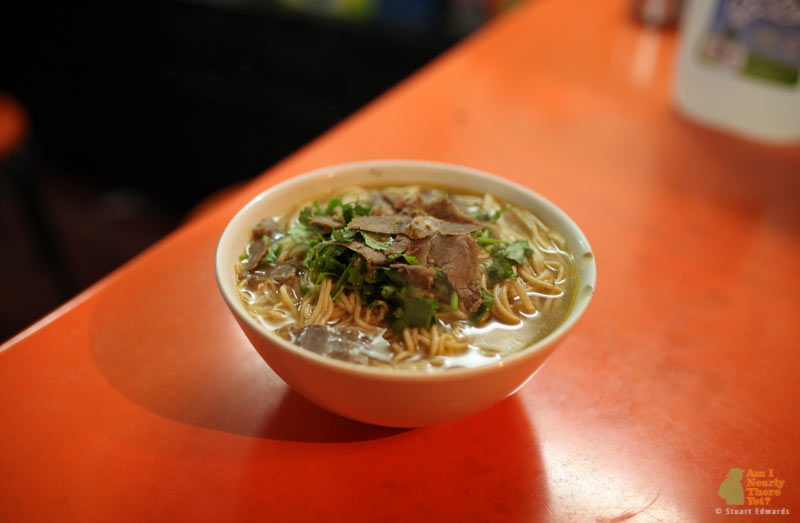 A hearty lunch of beef noodle soup! Hand-made noodles rolled and stretched right in front of you. 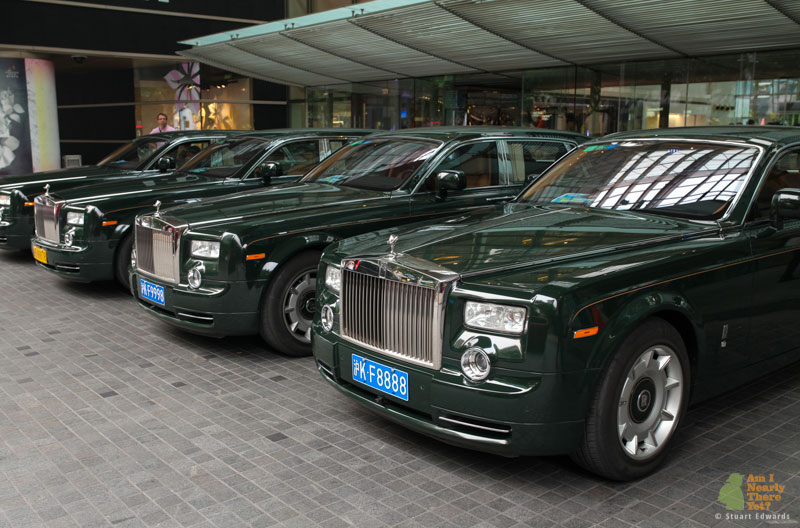 The Peninsula hotel Rolls Royce fleet. They’ll drive you to Pizza Hut if you ask nicely. 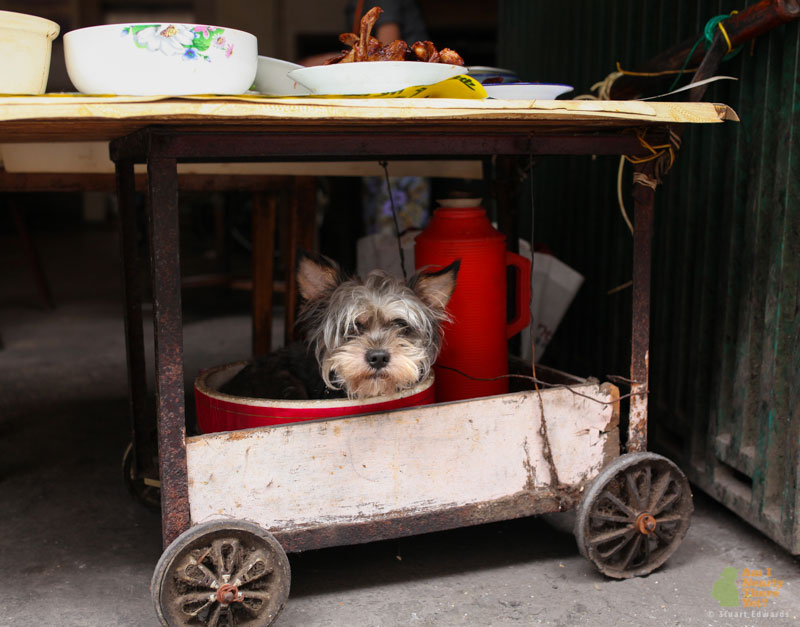 Hoping and praying for some of that chicken above to magically drop on the floor!

Cheap Things to do in Paris!
Travel Photo of the Day: Thorong La Pass, Nepal