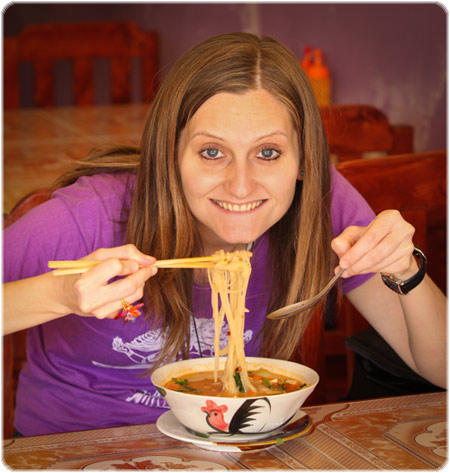 I am a vegan travelling on the roller-coaster ride around the world with my non-vegan boyfriend. It can be tough at times, but mostly it’s great!

Some of my Vegan Travel inspired articles:

People often ask: Is it hard travelling as a vegan? Before I left for my round the world trip all people said and all I read about was how much I was going to struggle to travel as a vegan. Well I’m here to inspire you to prepare to travel as a vegan and to help you along the way with tips and travel advice and stories from my own vegan travel experience.

I’m travelling the world as a vegan and finding out as I go which countries are the most vegan friendly and which countries really aren’t! It’s been tough at times, but I’ve never wanted to give up on being a vegan, it’s all part of my adventure! 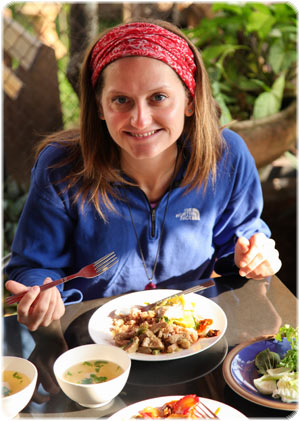 I was brought up as a vegetarian and made the choice to go vegan when I was 11, back in 1997. It was an ethical decision for my love of animals and doing my part for animal rights.

Veganism and travel are are happy combination, but can sometimes be complicated if you really really want to explore and go where there’s no spoken or written English or ‘tourist friendly’ restaurants. At the same time, travelling as a committed vegan can push you to travel better. Vegans have to learn some of the local language to make sure you get a meal full of veggies and not meat or fish, or funny meaty / fishy sauces, pastes or powders!

There is also an abundance of fresh fruit and veggies all over the world and markets aplenty. Exotic fruits are so colourful and appealing and they taste so good, making excellent snacks for us vegans!

In my Vegan Travel articles I write about my experiences travelling as a vegan, exploring the positives and the difficulties involved. I write about the destinations that Stu and I have travelled to and the various vegan food and drink that I’ve tried and tested. I can recommend places to go that are good for vegans, and discuss issues that vegan travellers have on travelling! 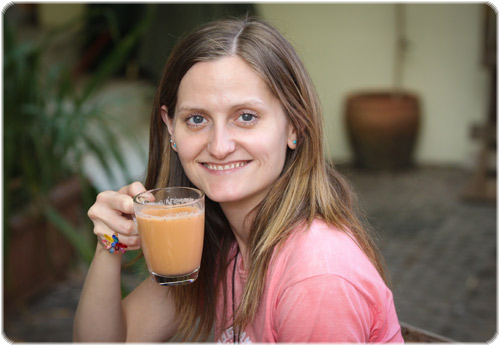 I would like to be part of a vegan travel community and make vegan friends all over the world. I think it would be very exciting to be able to meet up with a fellow vegans in any destination and have a vegan feast together, chat travel and share stories. I would love to do the same back in England some day!

I hope you enjoy my adventures travelling as a vegan and if you want to know more or would like to meet up, please get in touch with me!