We were lucky enough to be in Chiang Mai during Thailand‘s new year festivites, known as Songkran, but also known as the biggest water fight in the whole world!

Everyone takes to the streets with water guns and buckets filled with icy water to throw over each other – Trust me, if you step outside during Songkran, you’re going to get wet!

Armed with a bin bag covering my camera (actually an Op Tech Rain-Sleeve) we hit the streets for a thorough dousing!

I’d love to know which is your favourite Songkran snap! Mine is probably the little boy hiding under his bucket!

Eloise taking one for the team! 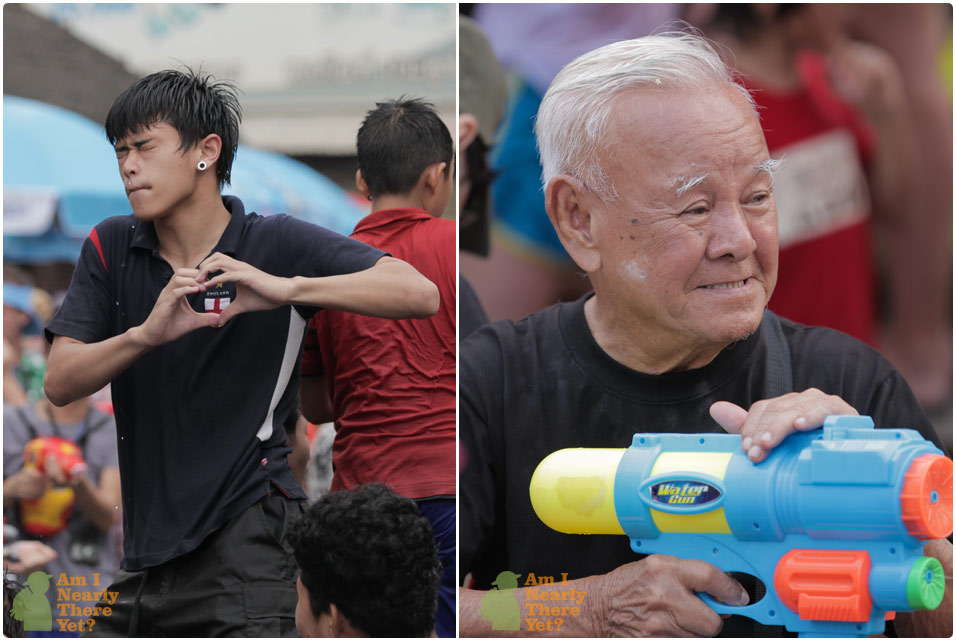 Young and old getting fully involved with Songkran!

Both scary in their own way 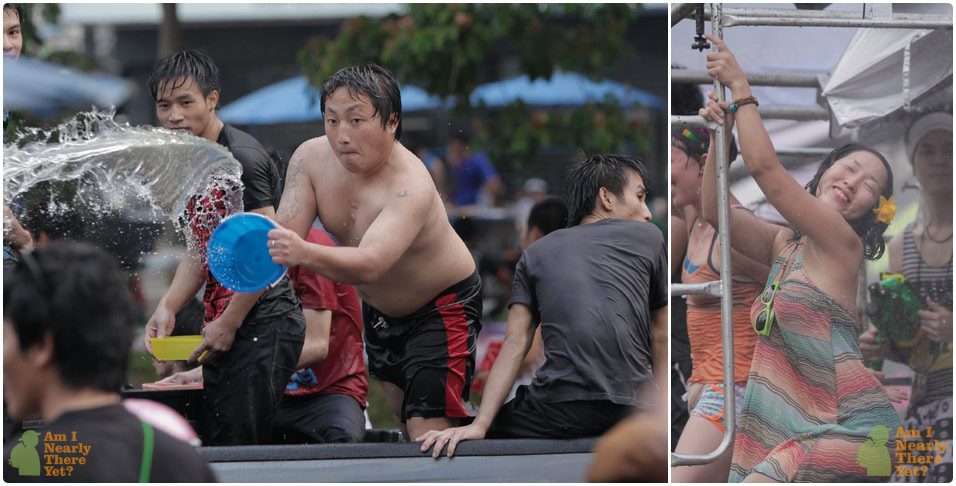 Losing Someone You Love While You’re Away Travelling
Travel Photo of the Day: Guardian of the Temple

11 Responses to 30 Faces of Songkran: Portraits of Wet People