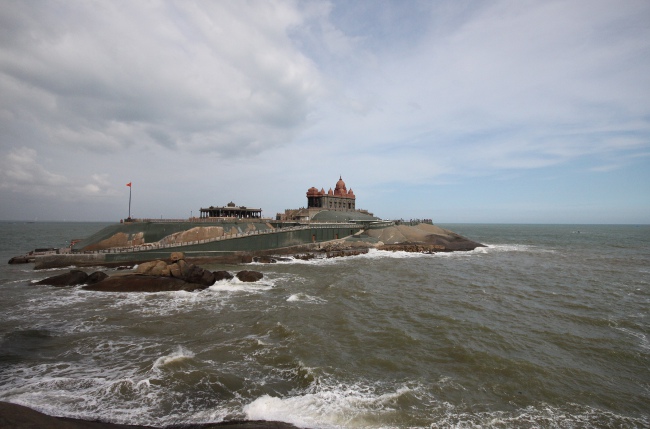 View from the statue island of the Vivekananda Memorial

Our first day in Kanyakumari started with me being roughly shaken awake by a train cleaner.

The night train from our last stop in Pondicherry arrived in the early morning and luckily for us, Kanyakumari is the last stop on the line.

Checking into a hotel before 7am (has to be a first), I felt strangely elated at being up and around so early, ready to embrace the day. As well as embracing the inevitable pearl/necklace/sunglasses selling touts in the streets.

Kanyakumai, or Cape Comorin by it’s old British colonial name, is the southern most tip of the mighty land of India. Three oceans collide and crash against it’s shores, the Indian Ocean, the Arabian sea and the Bay of Bengal.

Kanyakumari is popular with pilgrims and tourist alike, with plenty of temples and tourist junk shops to keep everyone happy. 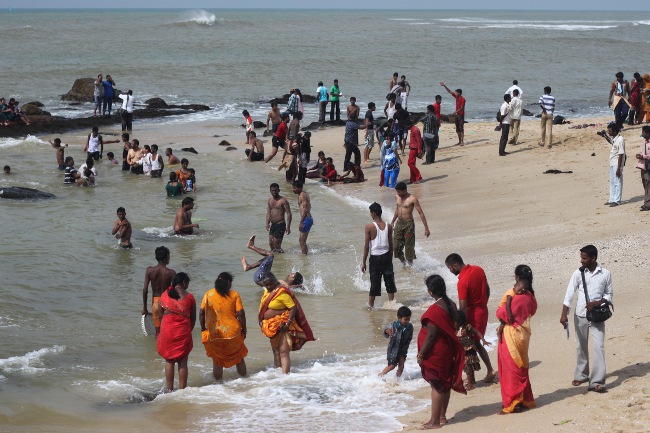 The southern tip is famous for it’s beautifully positioned sun-rise and sun-set viewing spots to the east and west. There’s a little strip of sand down by the sea where Indian families relax and the kids jump head-first (and fully clothed) into the surf! 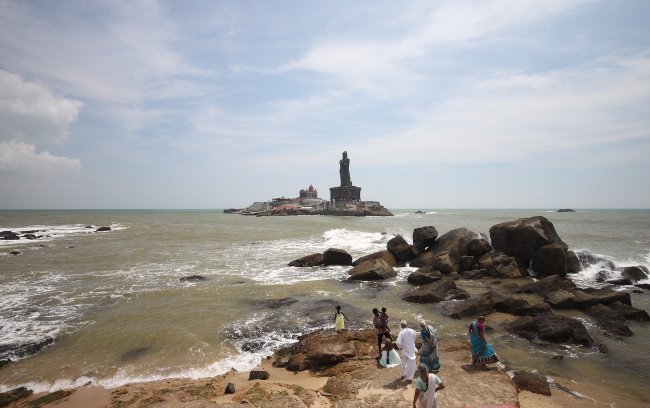 View of both monuments

Visiable for miles around, a large monument and a huge statue are situated on two islands located a few hundred metres off the shore. 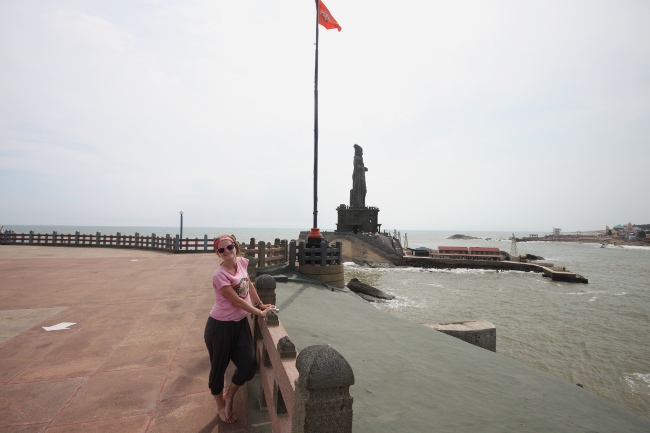 The Vivenkananda monument is dedicated to a chap called Swami Vivekananda. Known as ‘The Wandering Monk’. He meditated here, then chose to spread his message beyond India’s borders. 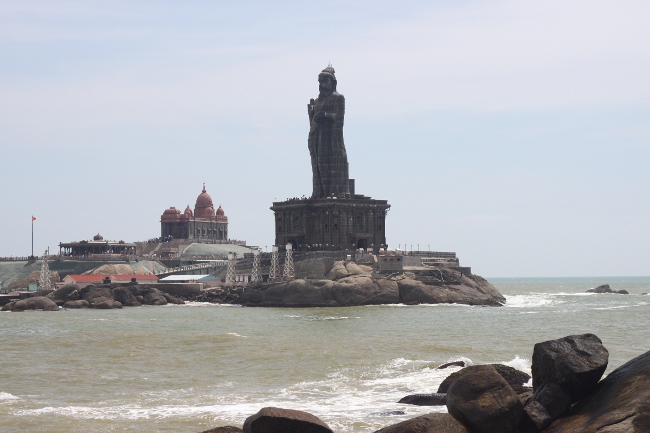 The statue on the other island, dubbed as India’s ‘Statue of Liberty’ is not built in the image of Swami Vivekananda, but of Thiruvalluvar, a famous Tamil poet. Completed in 2000, it’s a grand landmark crafted by more than 5000 sculptors, to the height of 133ft (40.5m), the exact amount of work the poet created. Those clever guys! 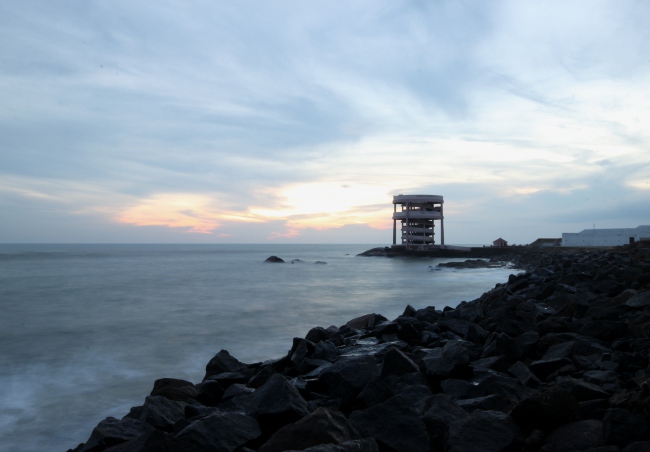 Unfortunately during our visit, both sun-rise and sun-set were too overcast for great Travel Photography (who am I kidding? I missed the sun-rise as I was tucked up in bed!).

It felt like a big achievement reaching the very bottom of this very large country. It was also quite satisfying looking back at the Indian mainland from the islands!

New adventures await us now! Having worked our way down the east coast of India, it’s now time to head back up the west coast.