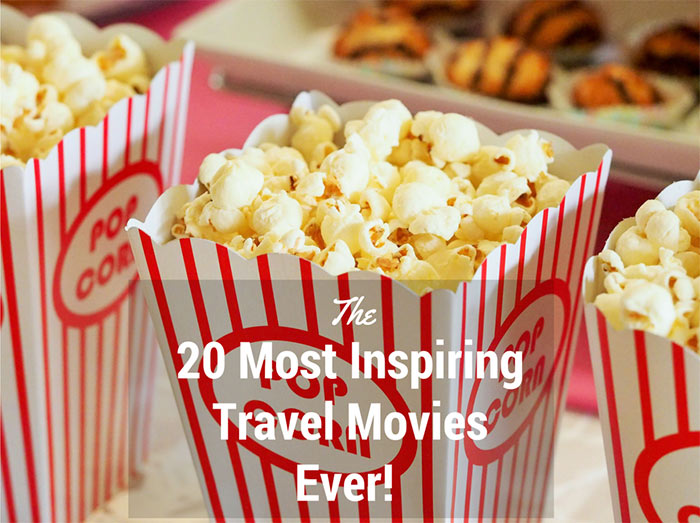 We get the bulk of our inspiration from travel movies, so we thought we’d share some of our favourites we’ve watched over the past couple of months!

There’s a mixture of old and new travel movies in our collection – Some cult classics, cheesy predicable, a couple of off-beat independents, and some we really should have seen years ago!

What’s your favourite travel movie? Let us know in the comments below!

Last update: September 2016
We update this list every 6 months, so don’t forget to come back again for some more inspiration/motivation! 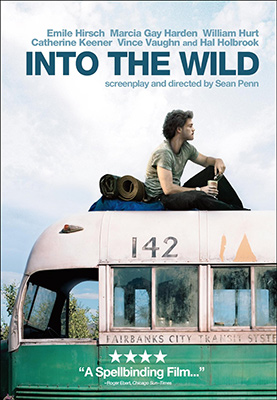 Written and directed by Sean Penn, Into the Wild is an all-time traveller classic about an American adventurer and hiker Christopher McCandless (Emile Hirsch), as he journeys into the harsh, unforgiving Alaskan wilderness. The film attempts to unravel the mystery of how this previously fit and healthy individual could possibly have ended up dying of malnutrition just 3 months later… 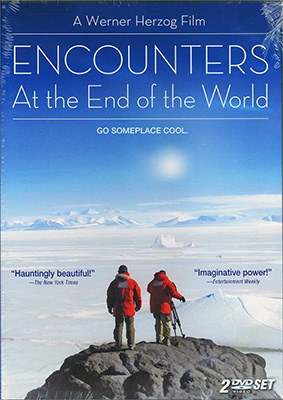 Encounters At The End Of The World

From legendary director Werner Herzog, the locations and inhabitants of the Antarctic are the subject of Encounters At The End Of The World. The film delves into the psyche of the physicists and volcanologists who choose to call this most inhospitable land their home. Epic scenes, terrifying landscapes – probably best viewed from the comfort of your sofa. 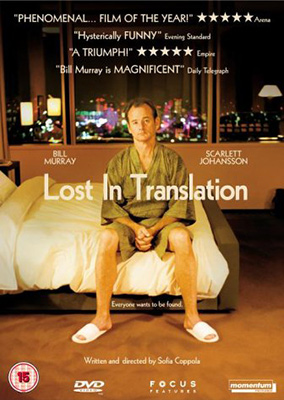 An instant cult classic – Many of the best travel movies use their location as another main character: notably so in the comedy drama Lost in Translation staring Bill Murray and Scarlett Johansson. Murray plays aging actor Bob Harris who befriends lonely and bored Charlotte in a Tokyo hotel bar, where they find they share a common problem… Stunning urban cinematography in Japan, quirky and off-beat! What does he whisper at the end..? 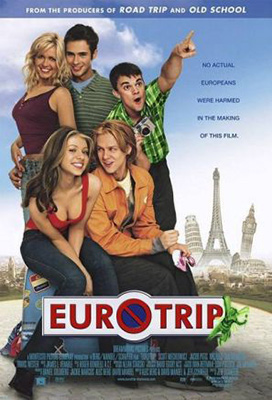 Who doesn’t love teen adventure travel movies?! Yes, they can be bit predictable, but then again I love American Pie.. Eurotrip is about the trials and tribulations of Scott (Scott Mechlowicz ) and Cooper (Jacob Pitts) as they travel across Europe. Easy right? The plot twists are too many, ridiculous and varied to detail here, other than to class them all as hilarious. 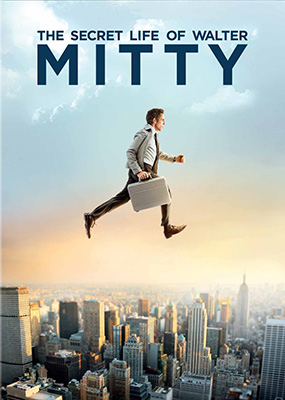 The Secret Life of Walter Mitty

Ben Stiller stars as the eponymous hero in The Secret Life of Walter Mitty, a hilarious comedy drama filmed in gorgeous Greenland. Walter Mitty is a downtrodden negative assets manager who constantly daydreams as a way of coping with his humdrum life. However, a seemingly ordinary piece of work takes him on a truly unbelievable journey of fantastical experiences, each more wonderful and unbelievable that anything he had ever dreamt before. The downhill skateboard scene is epic! 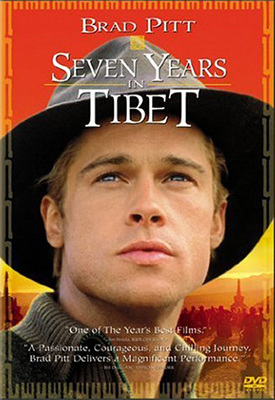 Seven Years In Tibet recounts the tale of Heinrich Harrier’s experiences in Tibet around the time of the Second World War. Harrier (Brad Pitt) flees a British POW camp in India, before taking a dangerous journey across the Tibetan plateau to Lhasa. Here, he becomes first the tutor, and then the close friend, of the 14th Dalai Lama. Mountains, monks, and Brad Pitt. Need we say more? 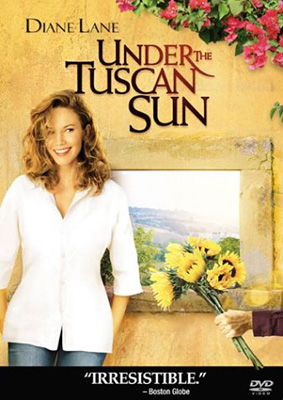 Under the Tuscan Sun

Under the Tuscan Sun is one of those inspirational travel movies that make you yearn for a change in lifestyle! Recent divorcee Frances Mayes (Diane Lane) seeks solace in the Italian sunshine, but quickly finds herself living a new life. A heart-warming tale with some beautiful characterisations and stunning Tuscan scenery. Think vineyards, rolling hills, and scooters! 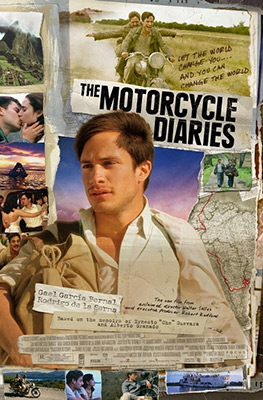 Effortlessly best travel movies of all time. The memoirs of a 23-year-old Che Guevara, The Motorcycle Diaries are the basis for this epic motorcycle trip across rugged South America. Together with friend Alberto Grando, the journey opens their eyes to the injustices suffered by the poverty stricken peasants they encounter. The trip seeds the idea that armed revolution might one day be the only answer… 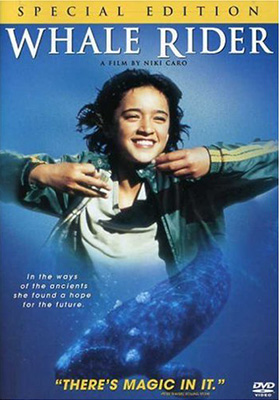 Whale Rider is the tale of a Maori girl, Kahu Paikea Apirana (Keisha Castle-Hughes) who has dreams of becoming the leader of her tribe. Her defiant struggle against the patriarchy surrounding her makes for a captivating, very touching and beautiful cinematic experience. Features lots of incredible New Zealand scenery! 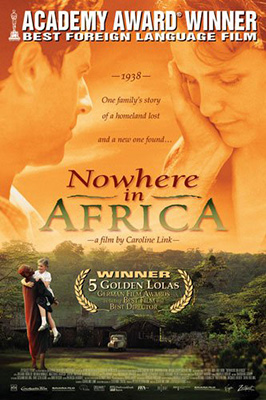 This Oscar-winning film covers the story of the German-Jewish Redlich family, who fled Nazi Germany in 1938. Nowhere in Africa focusses on the families life in Kenya, where they find themselves under the suspicion of their British rulers. The head of the family, Walter, enlists to fight for the British Army leaving behind his wife, Jettel, to look after the farm they manage. When Walter returns from the war, they find that the time they have spent apart has changed not just who they are, but where they feel they belong. Not an easy going travel movie, but definitely worth the effort. 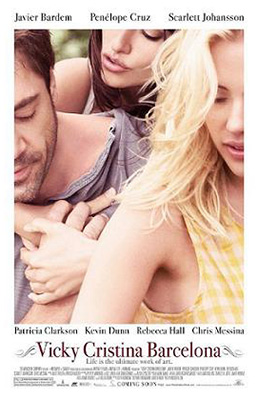 Romantic comedy dramas can be a bit hit and miss, but this Woody Allen directed film is a definite hit. Vicky Cristina Barcelona features all-star cast includes Javier Bardem, Penelope Cruz and Scarlett Johansson, who create a memorable, multiple award-winning movie. The story centres around Vicky and Christina, two American students spending a few months tasting all that Spanish life has to offer, while taking an extended vacation in Barcelona. All seems well until they are subjected to the seductive powers of local artist Juan Antonio, followed by the furious intensity of his insanely jealous wife, Maria Elena. 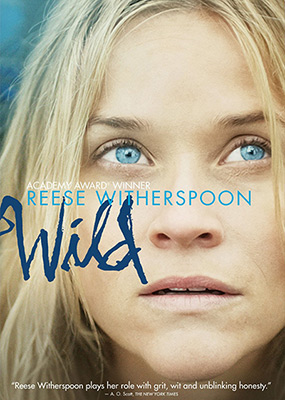 Many of the best travel movies take you on two journeys: the physical journey across a landscape and a trip through the main character’s back story (I should be a film critic). Wild documents the life of Cheryl Strayed, who walked over 1000 miles from California to Oregon. Her arduous physical journey is mirrored by her mental struggle to come to terms with the loss of her mother and a life plagued by drug addiction. Her journey becomes a celebration of the inner strength required to overcome life’s adversities. 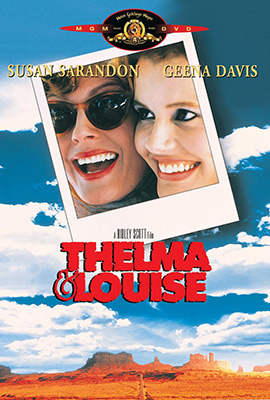 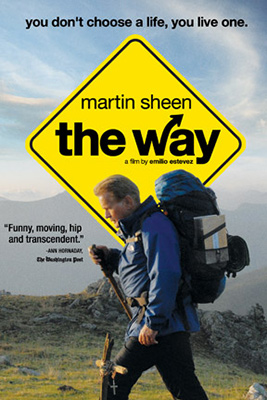 Martin Sheen plays Thomas Avery, an American ophthalmologist, who journeys to France in an attempt to retrieve the body of his son, Daniel, killed while walking in the Pyrenees. Once there, he decides instead to take his son’s ashes and walk the Camino as a pilgrimage to his son’s memory. Avery falls in with a disparate group of others walking the same route. The Way focuses on the interaction between the group, and the other walkers they encounter along the way, and is thoughtful and mesmerising account of one man’s struggle with grief. 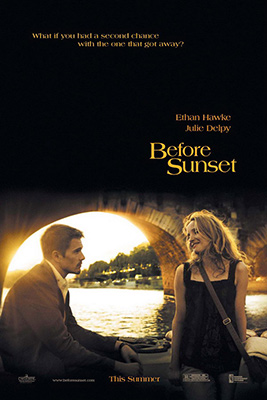 Classic romantic set-up – Before Sunrise features Jesse (Ethan Hawke), as strikes up a conversation with French woman Celine (Julie Delphy) on a train to Budapest. He convinces her to leave the train with him and as they walk and talk together, slowly a bond forms between them. As their feelings for each other become undeniable, they are faced with the decision of whether to stay together or part. They decide to do neither, instead making the most intriguing choice of all… 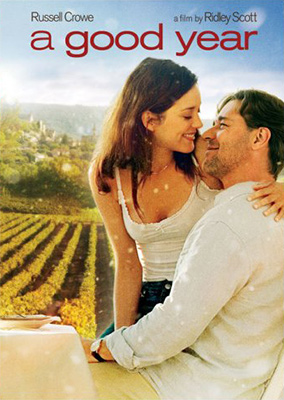 Another Ridley Scott classic. A Good Year features Max Skinner (Russell Crowe), as a hard-headed London trader, who discovers his uncle has left him a French château, complete with vineyard. Slowly, the combination of a care-free local waitress and the beautiful surroundings begin to change him for the better. 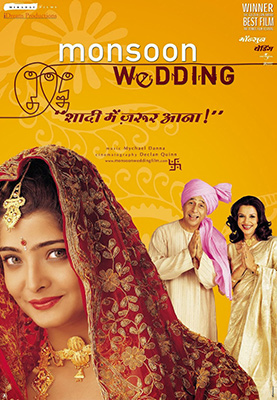 Recognised as one of the top Bollywood movies, Monsoon Wedding follows Lalit Verma (Naseeruddin Shah) in his attempts to stage a huge and expensive wedding for his daughter Aditi (Vasundhara Das). As Lalit wrestles with the matters he can attend to, it is everything beyond his control that seem likely to thwart his plans. 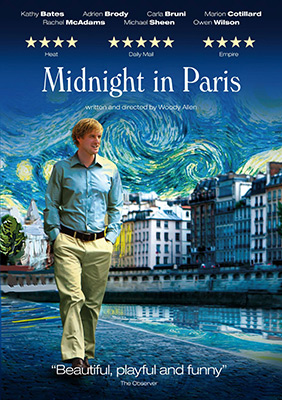 Another on our best travel movies list from Woody Allen, Midnight in Paris is about the tale of screenwriter Gil Pender (Owen Wilson), who finds that a vacation in Paris is having a strange effect on his psyche, and his relationship with his materialistic fiancée. Finding himself back in 1920’s Paris, he has to ask himself if this is real, and if so, what is he going to do about it? Surreal, and very cool! 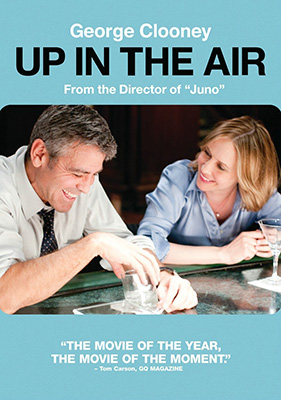 Up in the Air

Up in the Air features George Clooney as Ryan Bingham, working as a professional ‘downsizer’. He sacks people for a living. Bingham’s aloof attitude to his role in life relies on a carefully constructed philosophy, as well as an unhealthy obsession with air miles. As the rules of the corporate game are changed against him, he is forced to make and important decision about both his career and himself.

Owen Wilson, Jason Schwartzman and Adrien Brody star in The Darjeeling Limited, a surreal aventure through the beautiful landscapes of India. The trio play three brothers looking to reconnect with each other, and the resulting adventure includes its fair share of pathos amongst the laughs. The result is a mobile buddy movie, that is both memorably hilarious and at the same time unforgettably beautiful. Also featuring Bill Murray!

We hope you manage to find a few inspirational travel movies in our collection! We’d love to hear what your favourite travel movies are, let us know in the comments 🙂

Facebook | Google + | Twitter Stuart Edwards is the co-founder of this amazing blog! He's been travelling since early 2011, and is 100% addicted to coffee and Fail videos.
View all posts by Stuart Edwards →
Capturing Asian Cultures in Your Travel Photos!
Melbourne Festival Season – Events You Don’t Want to Miss!

One Response to The 20 Best Travel Movies Ever!