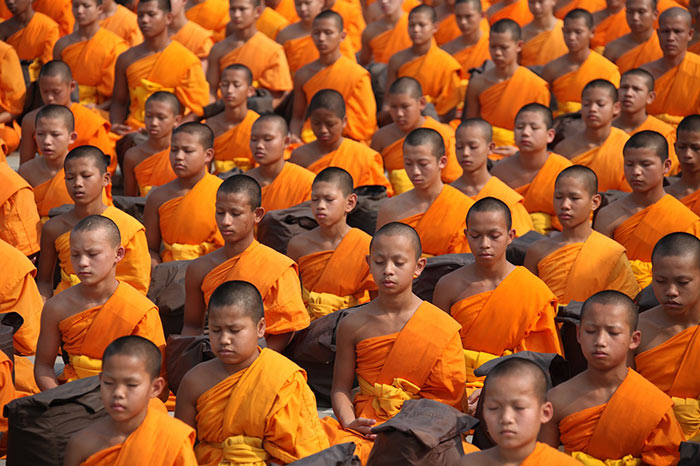 Covering 30% of the Earth’s land area, Asia is the largest and most populous continent in the world. Asian countries are famous for their pristine beaches, mind-blowing technological innovations, and deeply ingrained religious beliefs, among many others. It’s no wonder that the continent is home to diverse cultures and traditions.

Here are the things and places you need to experience firsthand to be able to take plenty of shots that truly represent Asia:

Junk Boats
Junk boats are ancient wooden vessels that cruise around different Hong Kong harbours. Riding a junk boat is perfect for escaping the busy life in the city. Food and refreshments are offered in the boat ride, but they’re a bit pricey compared to those sold in convenient stores.

Tip: It’s perfect to shoot the scenic coastlines in Hong Kong aboard a junk boat during the ‘golden hour.’

Free (or really cheap) Things to do in Hong Kong

Jeepney
Riding a jeepney is one experience you shouldn’t miss when you visit the Philippines. The iconic vehicle was originally made up of the remains of used American jeeps during the World War II, and it has later transformed into a colourful but tough mode of transportation for Filipinos. A typical jeepney is cramped and crowded, accommodating up to 24 people. You can find a lot of jeepneys plying around the capital city of Manila. 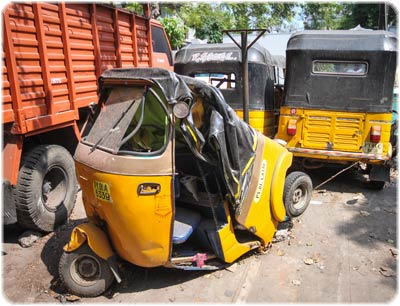 No Tuk tuk drivers were harmed for this shot 🙂

Tuktuk is Thailand’s local three-wheeled vehicle that’s made up of a metallic frame with a “TAXI” signage on top. A tuktuk is perfect if you need a ride that can squeeze into the narrow streets of Thailand. Be careful though, as tuktuk drivers tend to drive fast, leaving passengers literally on the edge of their seats. Still, it’s a must-try for tourists and shutterbugs who want to capture an iconic Thai symbol.

Rickshaw
Discover Kyoto, Japan in a romantic and environment-friendly way by riding a rickshaw. It’s a vehicle that doesn’t run on gasoline but is instead powered by a human who pulls the passenger carriage with two huge wheels. Rickshaw drivers don’t necessarily have well-built bodies, but it’s easy to notice their strong legs. Rickshaws have been around Asia before World War II broke out, and now you can find them on the alleys of Kyoto where cars can’t pass through. 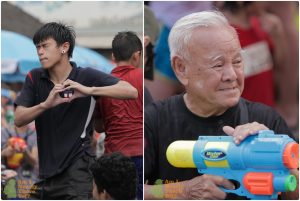 Songkran is Thailand’s New Year festival that’s celebrated every April, the hottest month in the country. If you happen to be in Thailand in time for Songkran, prepare to get drenched because Thais believe that getting soaked in water symbolizes cleansing and blessing. Buddha statues are sprinkled with water for cleansing, too.

Ati-Atihan
Ati-Atihan is a traditional religious festival in central Philippines that honors the infant Jesus Christ (locally called Sto. Niño). Chieftain-looking dancers groove to the beat with colourful costumes and their faces painted in neon colours. While some locals are dancing, others are blowing fire from torches! This celebration is just one of the many ways Filipinos show their strong Catholic faith.

Hungry Ghost Festival
Known as the Asian version of Halloween, Hungry Ghost Festival or Yu Lan is celebrated every 15th day of the seventh lunar month. According to Chinese belief, it’s the time when spiritual beings roam around the Earth. Believers burn fake money and other offerings and leave food for the “hungry ghosts.” Visit countries like Singapore, Malaysia, and Hong Kong if you want to see this religious festival in action.

Tet Nguyen Dan
Tet Nguyen Dan or Festival of the First Day is pretty much like a New Year celebration in Vietnam when families welcome the spirits of their ancestors. Tet Nguyen Tieu is the most colourful part of the festivity that falls on the 15th day of the new year. People dance along the streets while the famous lion-dragon dances, too. Afterwards, people gather at the ancient town of Hoi An where they light up thousands of paper lanterns.

Arashiyama Bamboo Forest, Japan
Situated on the outskirts of Kyoto, Japan, the Arashiyama Bamboo Forest is where towering bamboo stalks sway with the gush of wind. One of the most photographed spots in Kyoto, the bamboo forest is best visited in autumn because of its attractive colours and the famous cherry blossoms.

The Plain of Jars, Laos 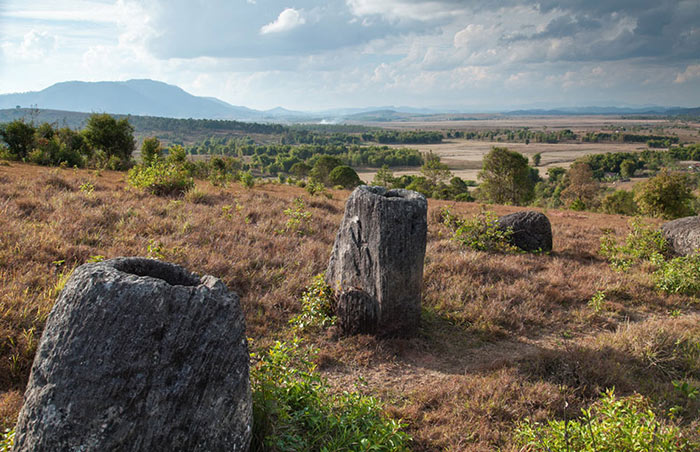 One of the most unusual sites on Earth, the Plain Jars in Xieng Khouang, Laos is apparently a 2,500-year-old mystery that has never been solved by anyone. Like the Stonehenge, the purpose of the 3-meter-tall megalithic jars is still unknown.

Travel Photo of the Day: The Plain of Jars – Laos

Zhangjiajie National Forest Park, China
If you want to visit the mythical world of Pandora, go ahead and pay a visit to Zhangjiajie National Forest Park in China. Unique geological formations are towering the place. Its sandstones and peaceful ambiance are just captivating. Make sure to allot at least two days for exploring the park, so you’ll be able to see its full beauty.

Capturing Asia’s amazing cultures in your travel photos isn’t that hard as long as you know what makes every Asian country unique. You may even want to gather and showcase your images in a well-designed travel photo book.

Asia has a lot to offer to tourists because even its smallest town has a rich cultural heritage or natural wonder. Because of that, the photos you’ll snap from this region will make for an awesome collection of distinct and colourful stories!

Facebook | Google + | Twitter Stuart Edwards is the co-founder of this amazing blog! He's been travelling since early 2011, and is 100% addicted to coffee and Fail videos.
View all posts by Stuart Edwards →
Awesome Road Trips around the World
The 20 Best Travel Movies Ever!