We’re starting a new Travel Photo Round-up series under our main Travel Photography section, with either weekly photos or of cities and destinations we’ve visited, past and present!

Guangzhou is first up! Cats and dogs theme heavily in this collection, as well as a few other sights and landmarks around China‘s 3rd biggest city! 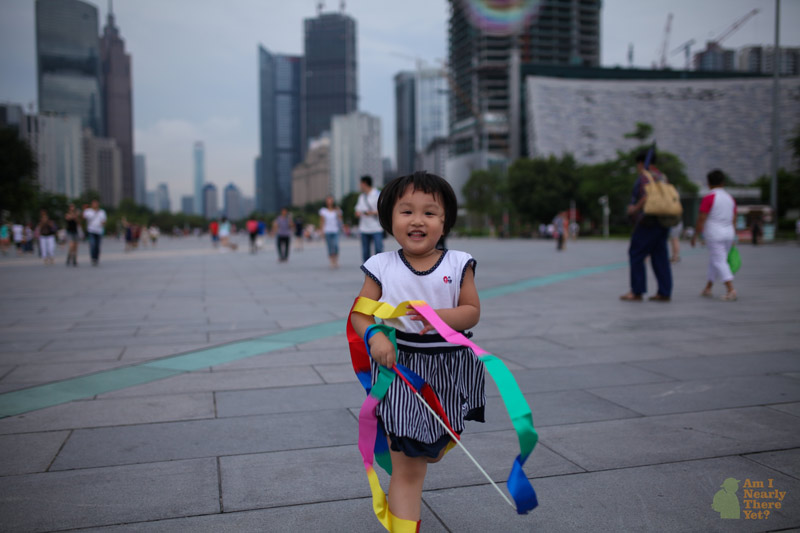 Chasing bubbles near the Canton tower! 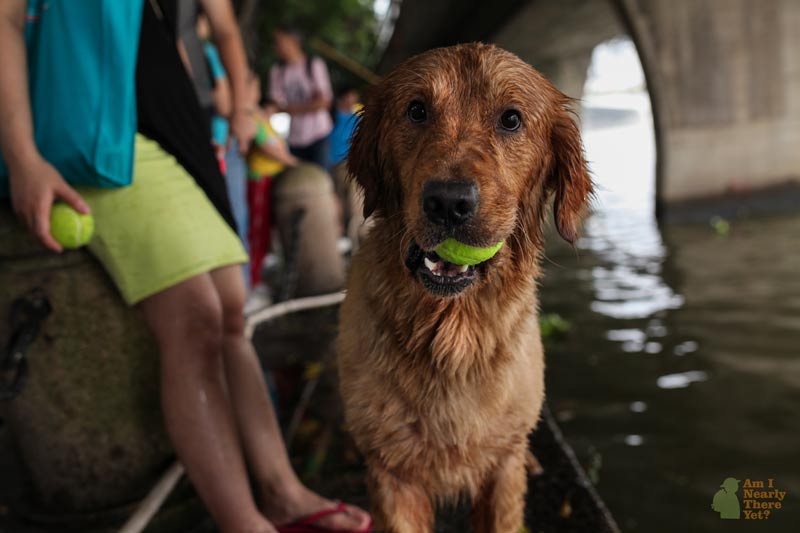 Somehow his owner had trained him to collect multiple balls from the water. 2 in his mouth, and guiding another 2 with his nose! There was no way he was giving up the ball! 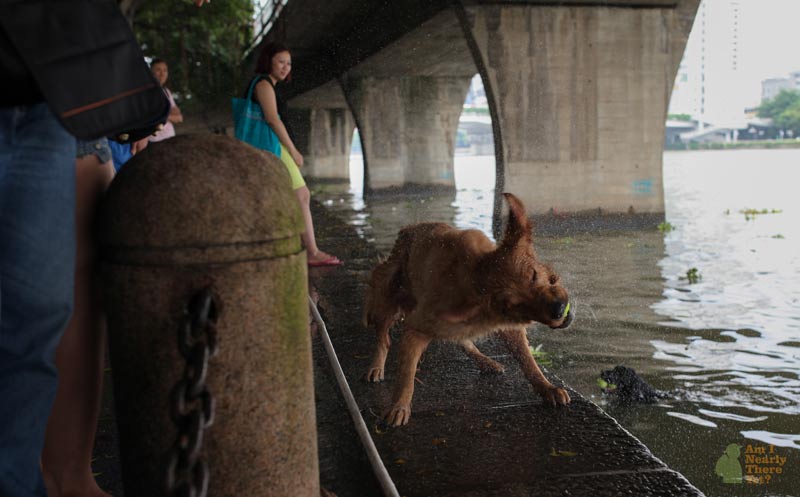 I knew it was going to happen at some point, but the other on lookers just watched as poochie dried himself all over them! 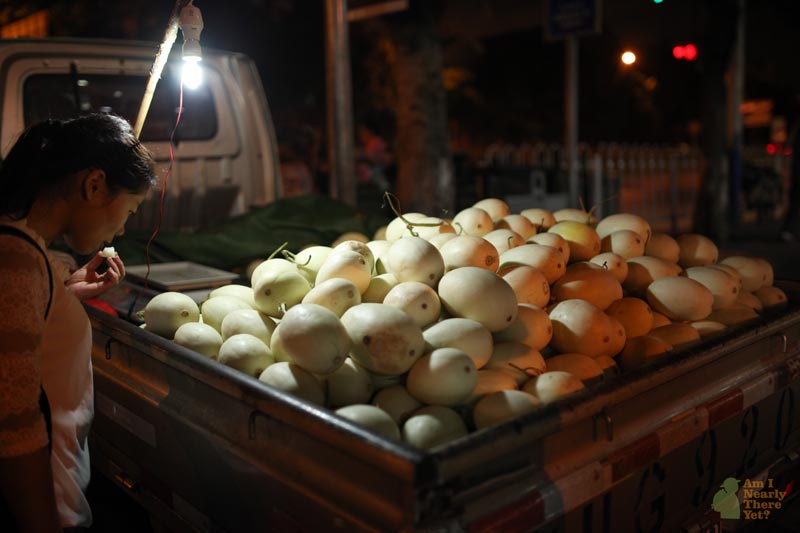 Any idea what sort of fruit this is? Me neither… 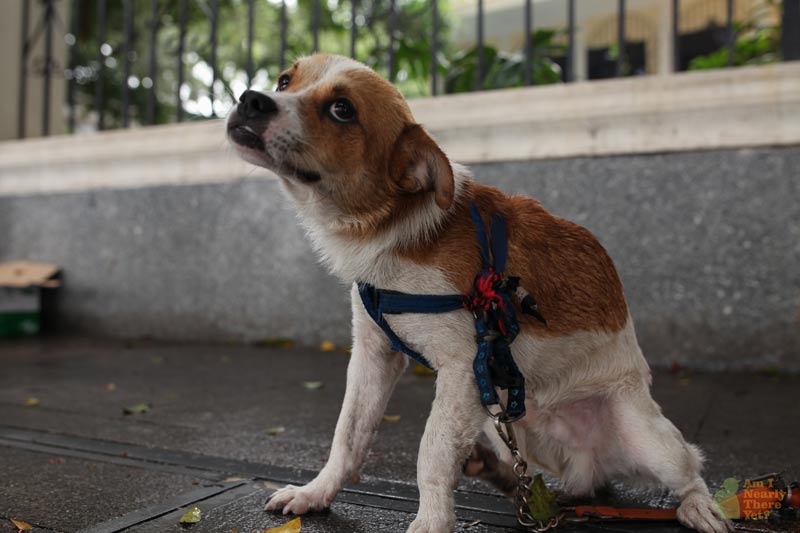 This little chap was very excited to see us! 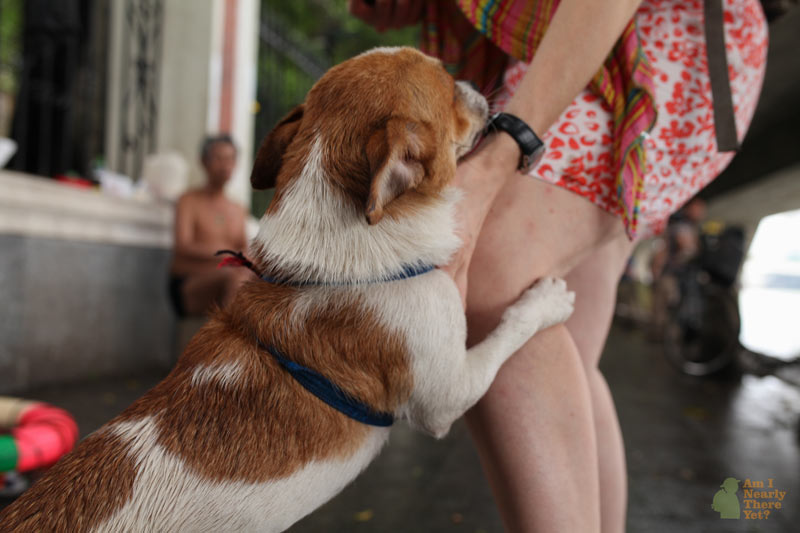 …but more excited when he saw Eloise’s leg. Most men can’t contain themselves. 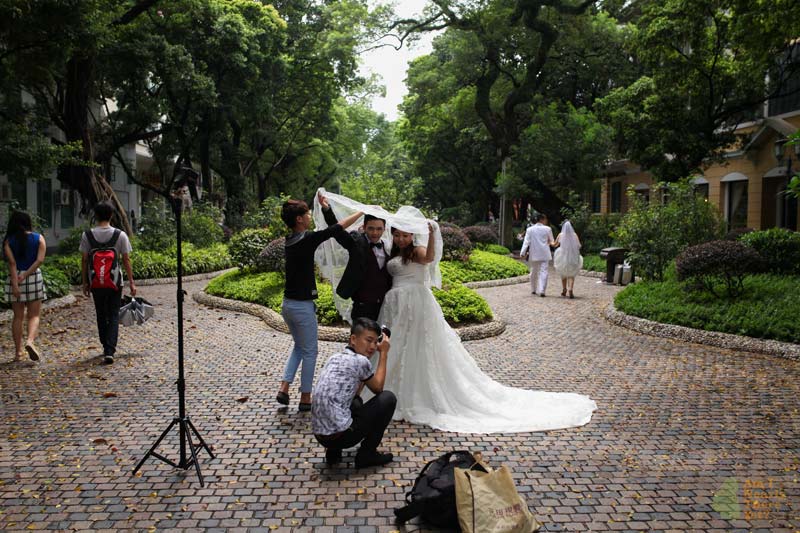 Public wedding shoots are very popular in China. They get fully dressed up, head to a glamorous location (in this instance Shamian Island) with full crew and equipment. We found out the majority aren’t actually getting married, or necessarily know each other – It’s just a nice thing to do! 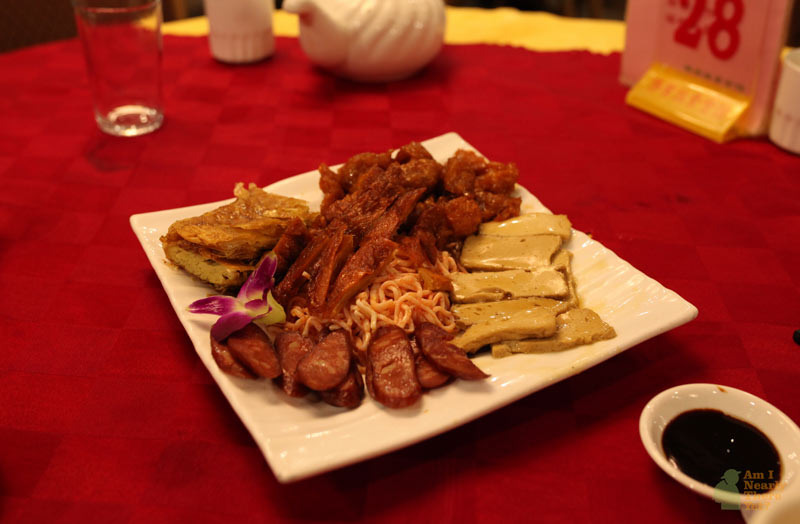 We headed to an epic veggie restaurant for a pre-birthday meal. Chinese chefs are excellent at creating fake-meats, even down to the goose intestines in the middle! It’s all soya based though, and it’s really good! 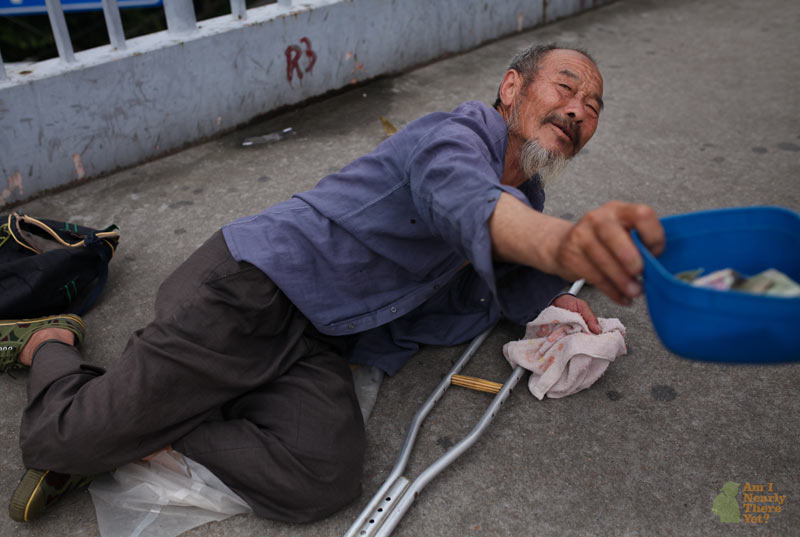 This poor guy sat right in the centre of the path to ensure everyone had to walk around him! 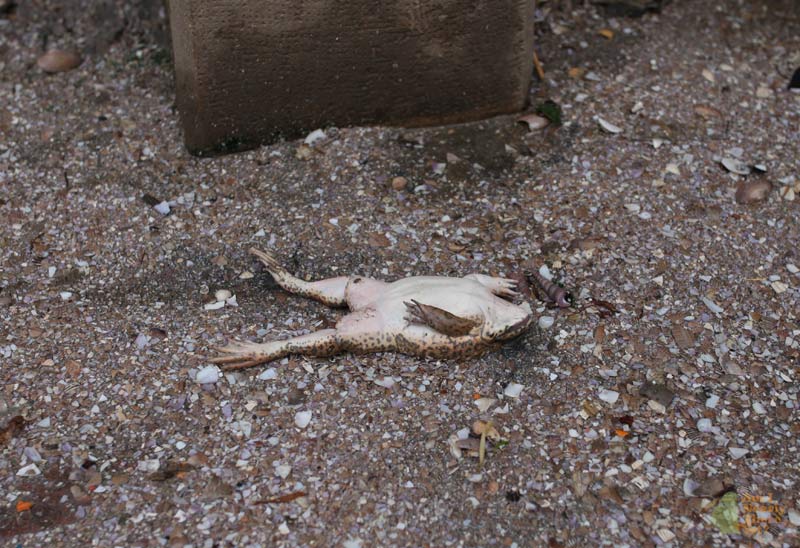 The Frog Prince didn’t make it 🙁 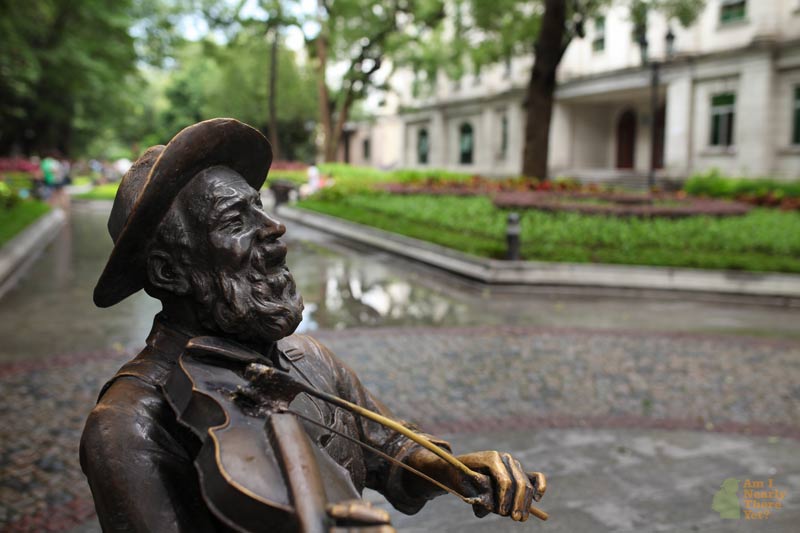 Statues line the garden paths on Shamian Island. The colonial building are unbelieveable! 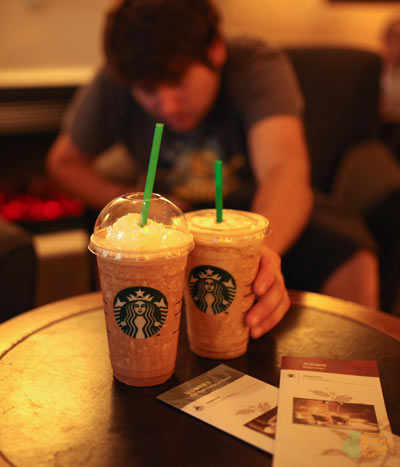 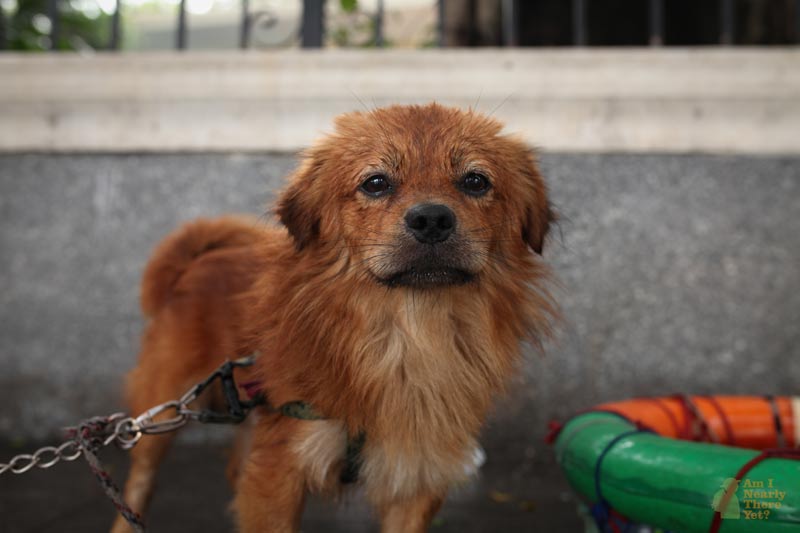 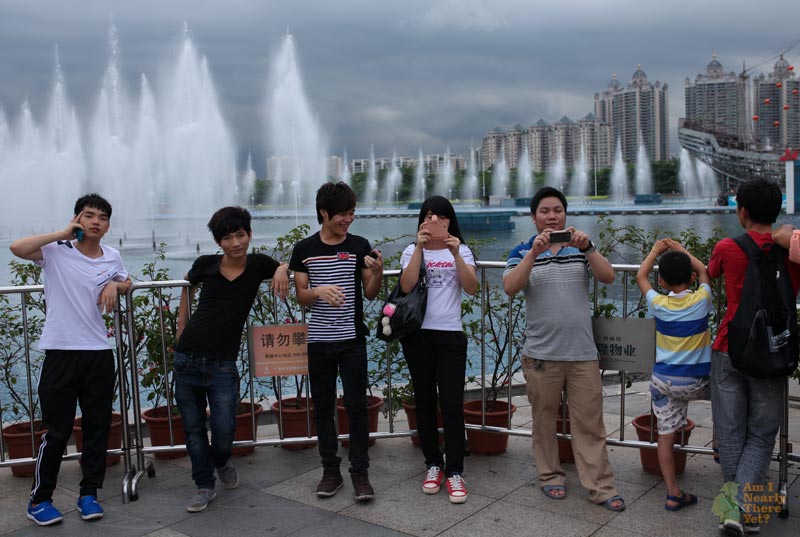 Feel like someones watching you? Well they definitely are in China. I estimate a thousand people have secretly snapped us in the month we’ve spent in China! 😉 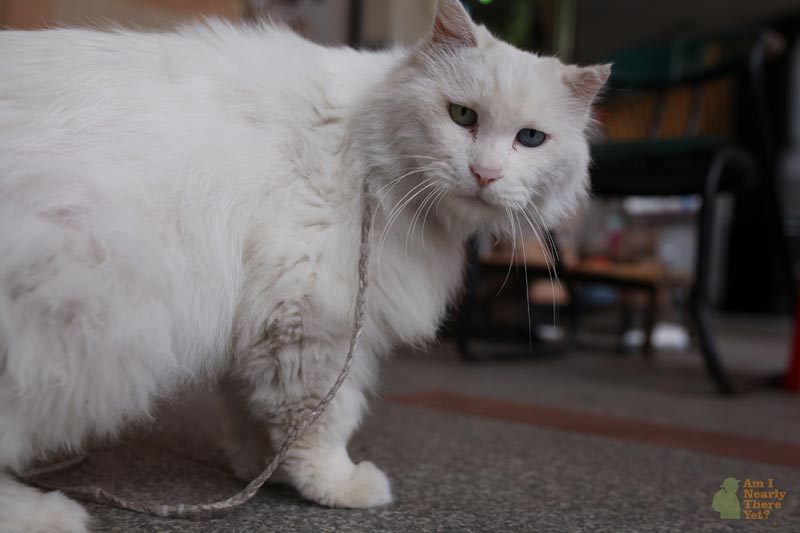 Don’t want your cat running off? Tie it up! It’s quite common to see cats tied up in China. This guy didn’t look too please with the arrangement. 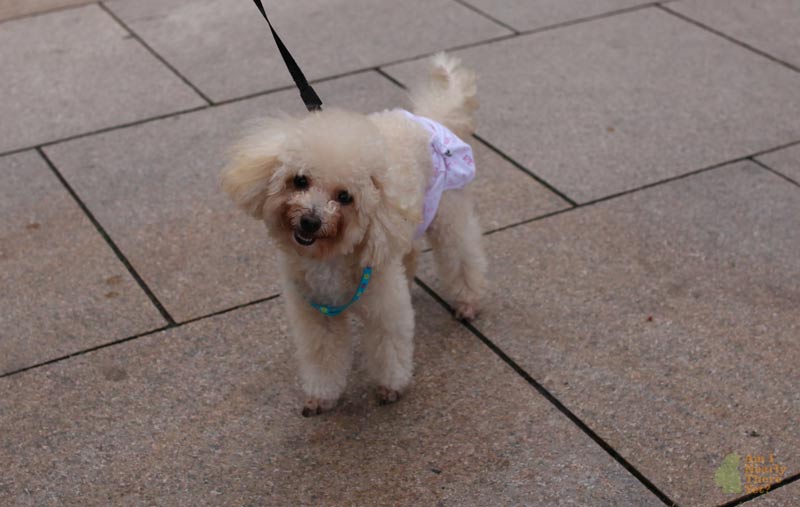 Yes that is a confused poodle. And yes, it is wearing a nappy. Diaper for our stateside readers. 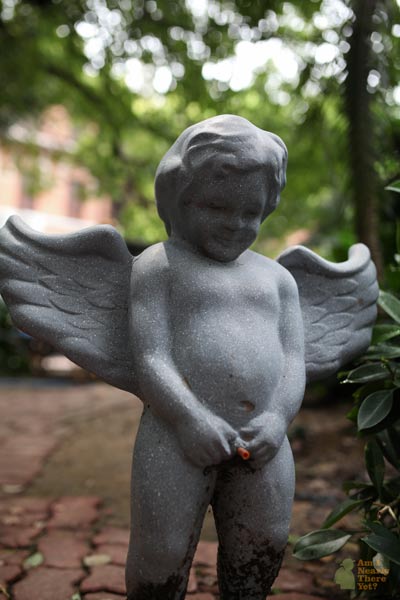 This reminds me of my friend Joe Evans for some reason. 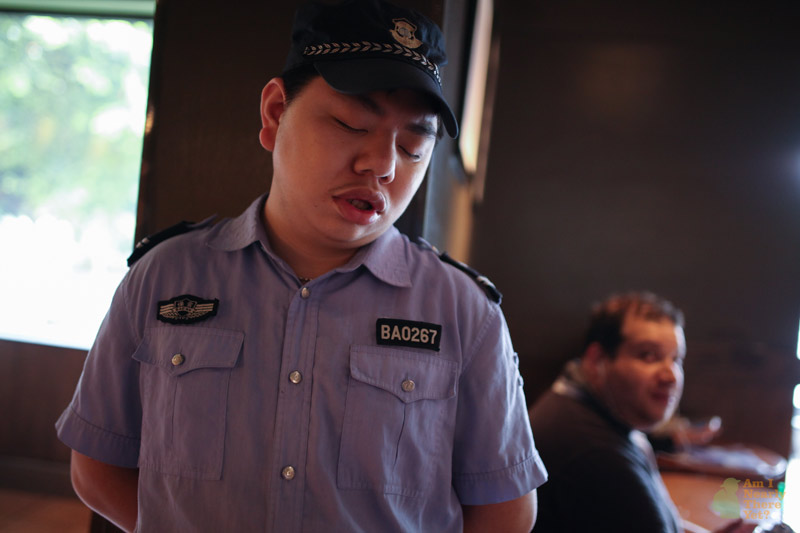 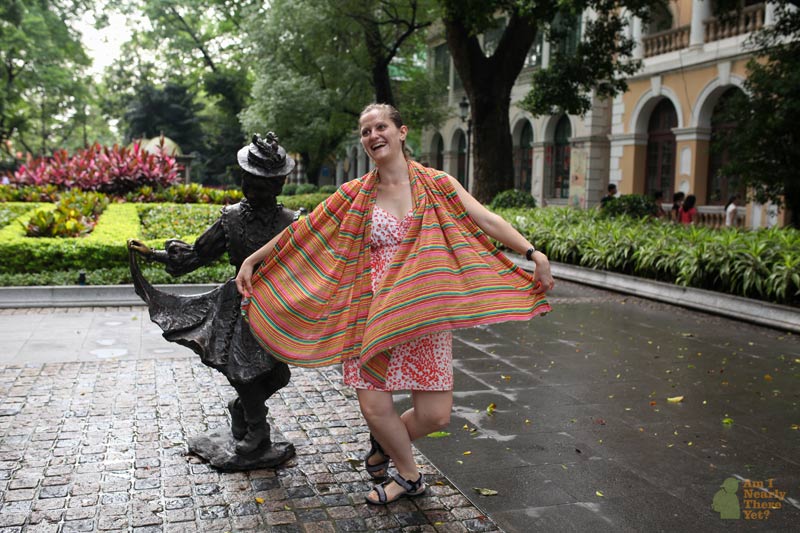 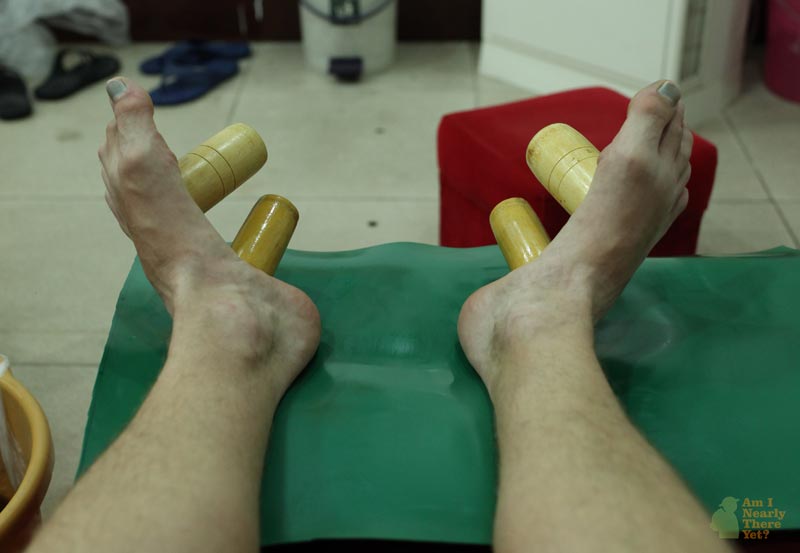 No not torture, but cupping. We popped in for a cheeky foot massage, and after some incomprehensible babble from my masseur and a half hearted agreement from me, he whipped out these bamboo tubes, sprayed the inside with alcohol, lit it flaming sambuca style and pushed them hard onto my feet! Brings out the toxins in the blood supposedly. What do you think? 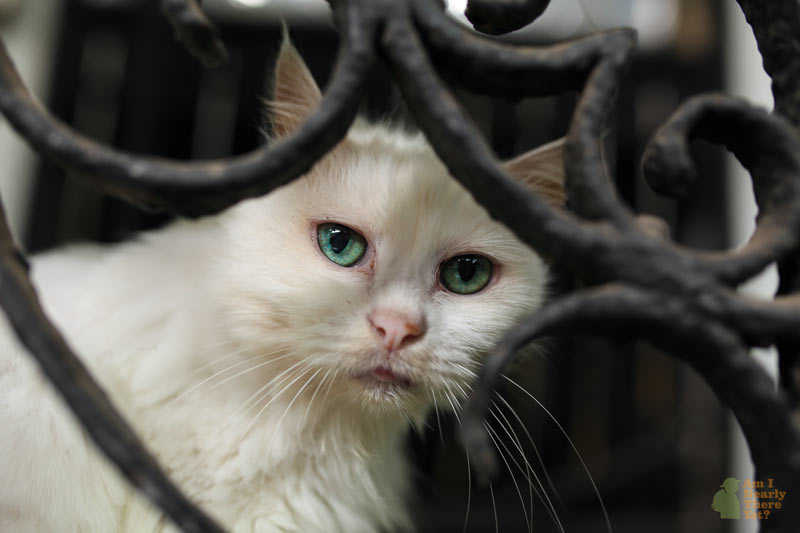 Not camera shy at all! 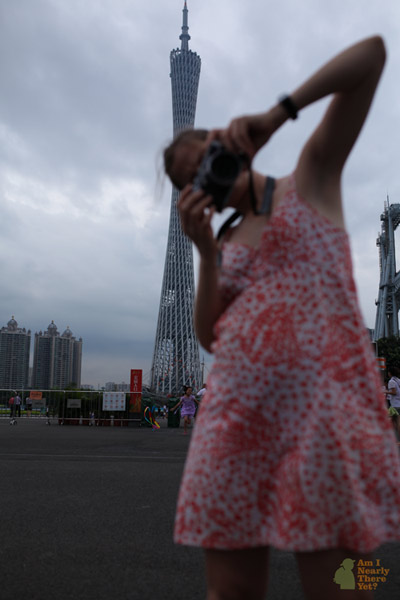 The Canton Tower was once the tallest tower in the world, now ranking 4th, but still the tallest structure in China. It’s pretty big! 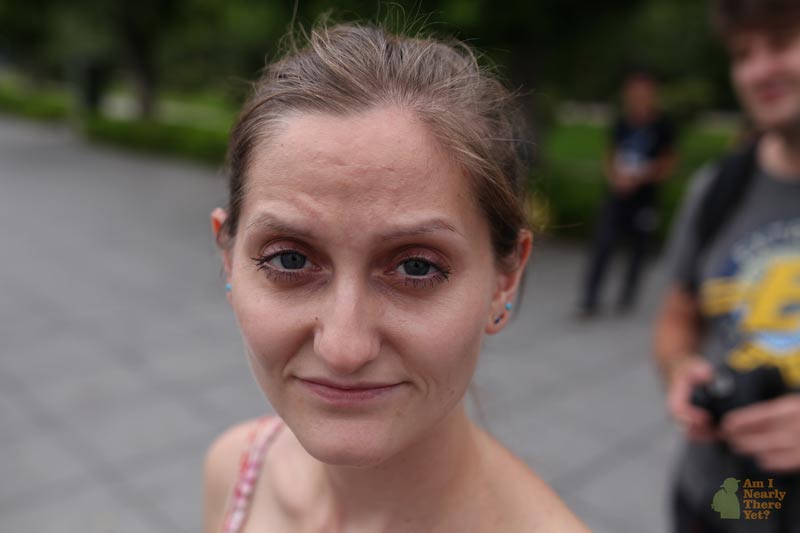 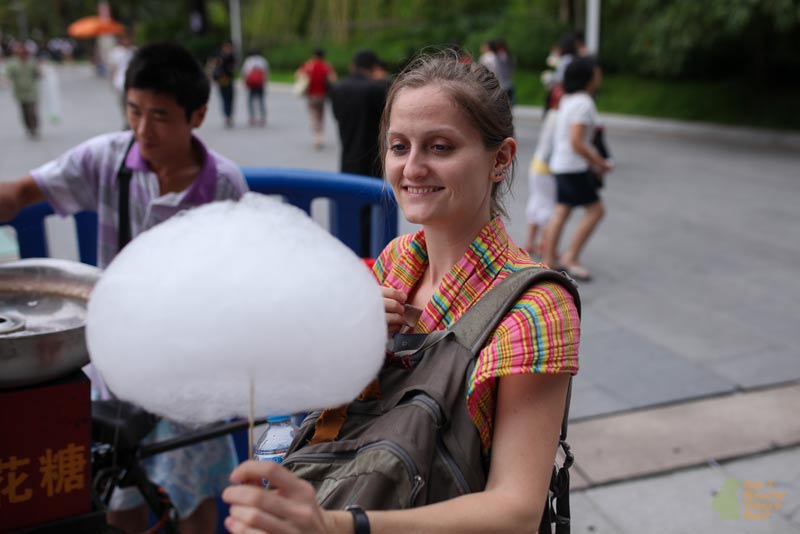 A much required sugar top-up in the form of the worlds biggest candy floss ball. 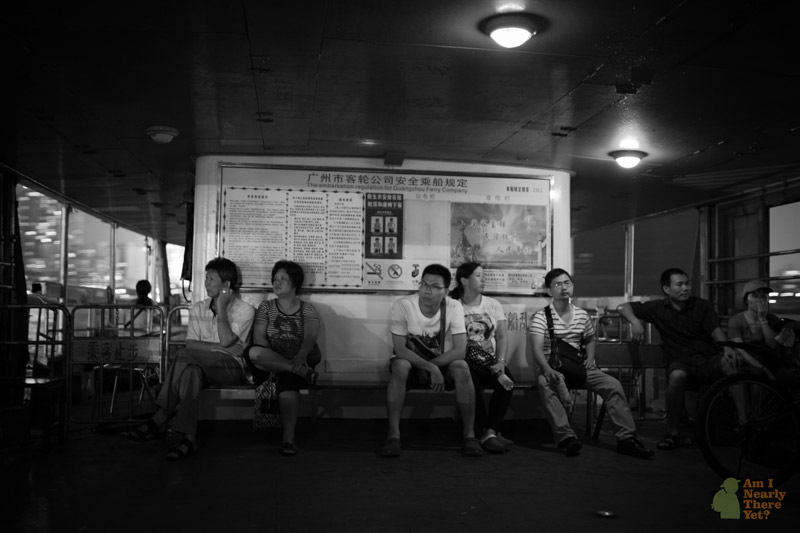 Heading back to our hostel on the ferry from Shamian island with the locals! 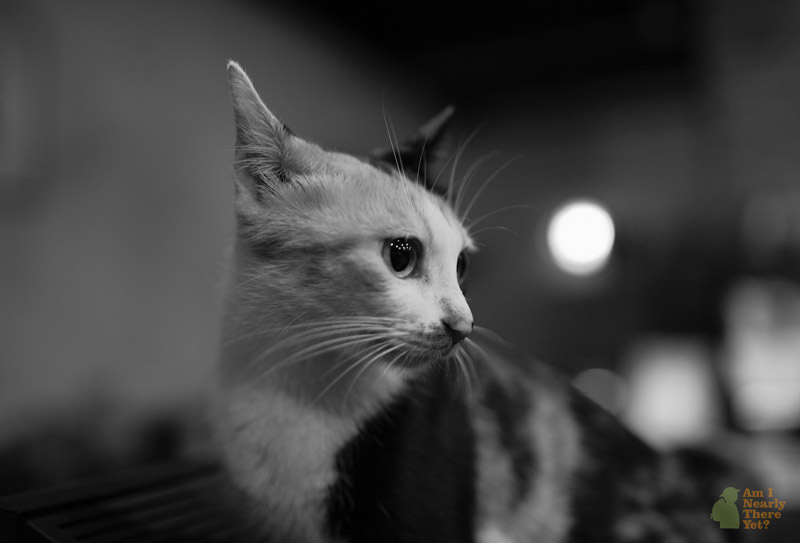 The youth hostel security guard keeping an eye on her new born kitten, and everyone else for that matter! 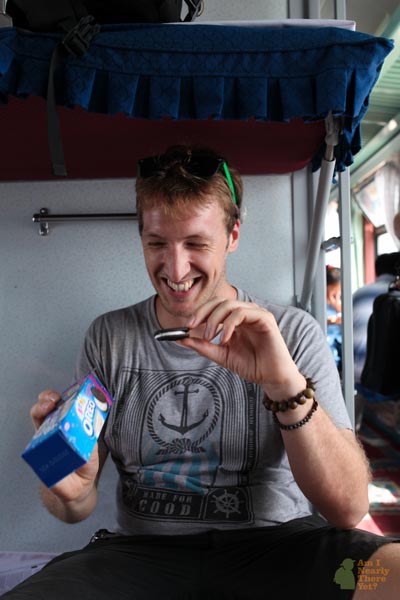 Special edition Birthday Cake flavour Oreos! Not the greatest way to spend ones birthday on a 26 hour train to Shanghai.. but we made the most of it!

There we have it! I’m excited to post more Travel Photo Round-up’s in the future, next up is Shanghai!

Which image is your favourite? Do I have a dog and cat obsession? What would you like to see more photos of?!

Travel Photo of the Day: The Hong Kong Island Skyline
Give Guangzhou Another Chance!