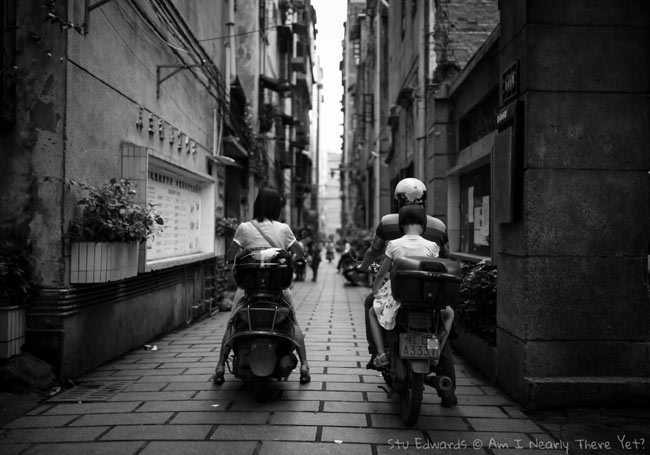 Heard of Wuzhou? No neither had we.

During our stay in China, after we gave Guangzhou another chance we travelled to Wuzhou, some 7 hours north west of Guangzhou.

I’ll try and paint an accurate picture of Wuzhou. It’s a ‘small town’ by China standards with a population of about 3 million. It used to be a major transport hub during the British colonial rule due to it strategic location between Hong Kong and Guangzhou and its position on the Xi river.

Located in the Guangxi Province, most Chinese people haven’t heard of the place, so why would you?!

We visited Eloise’s brother as he teaches Engrish in main Wuzhou university, so we were staying right on the campus grounds in the thick of the weird action.

Here’s a few fun facts and some things to do Wuzhou!

Wuzhou has some amazing colonial architecture 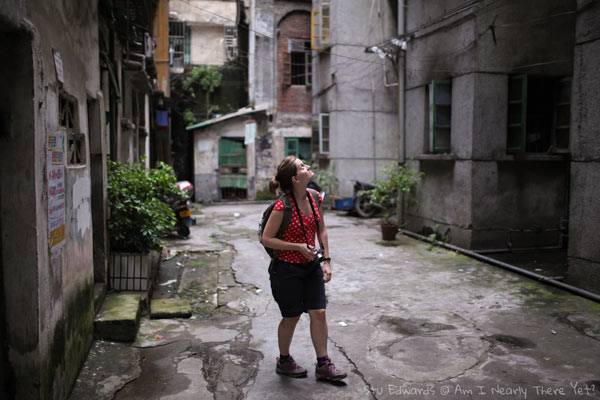 Eloise admiring the architecture of the old quarter

The European settlers built a grand quarter in the ‘Old Town’ of Wuzhou. It’s pretty impressive and well worth an afternoon of your time. People still live there now in the buildings that survived bombings from the Japanese during war time.

Night-time equals communal exercises in the main square, with dancing, stretching and repetitive movements going down!

With the large majority of ladies turning out in a nice party-red colour, it’s an interesting and weird sight seeing everyone dance at the same time!

Want to see a few things you’re unlikely to see in Hong Kong? Check out some of Wuzhou’s nightmarkets! People look at your like you’re from out of space and you’ll get your picture taken several million times! 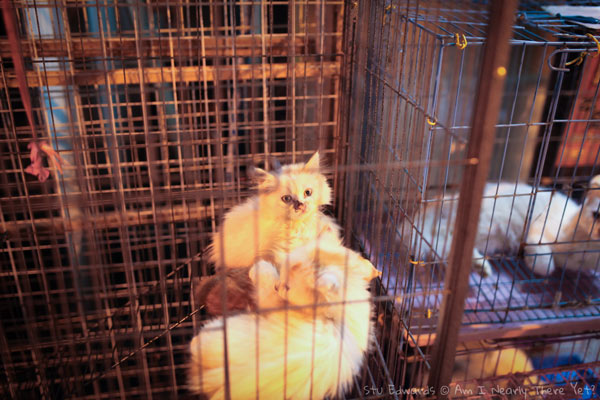 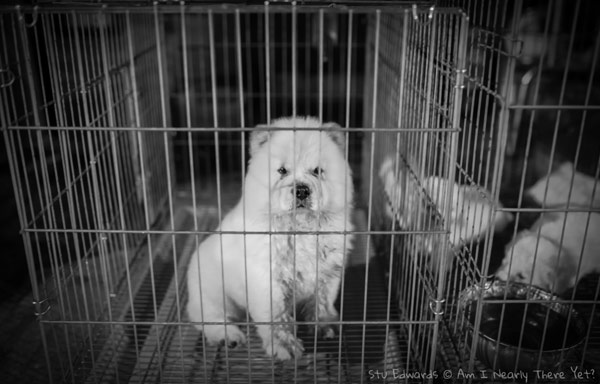 People will literally stop in the middle of the road to look at you.

It’s not quite as bad as some of the staring in India, (see Annoying People You’ll Probably Meet When You Travel in Asia ) but it gets a bit irritating after a while when people point and laugh at you! 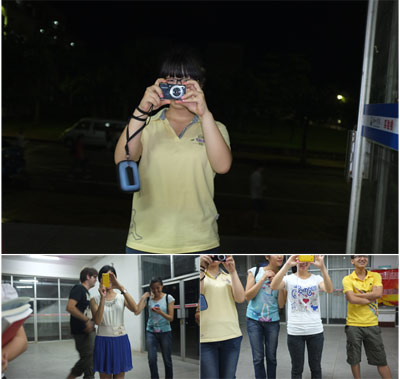 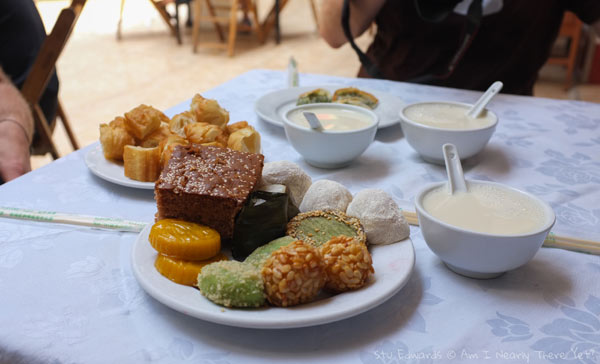 Snacks at the ‘Soya Milk’ restaurant

Apparently people come from far and wide to sample the delights of the Soya Milk restaurant. Going by the reaction of several hundred people in there when we walked in, they don’t get that many foreign visitors! 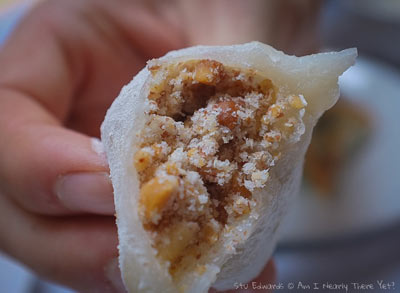 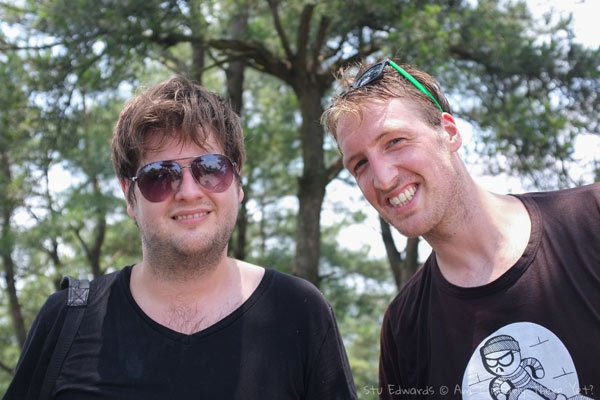 Me and Nathan at the top of the Dragon Mother Temple. Soaked in sweat.

Head out early and hit the Dragon Mother mountain. See the petite Chinese ladies scramble over rocks and slopes with 6 inch heels on, and see elderly men and woman power past you on the way up the hill as you mop your brow in the insane humidity!

The view is pretty amazing at the top, just bring a towel. 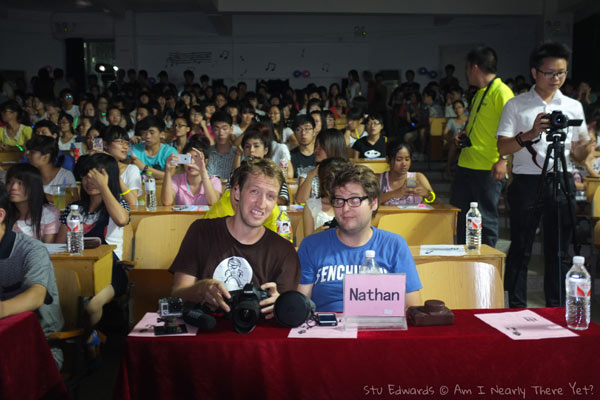 VIP judges at a random event!

My advice, don’t agree to go along to any concerts, auditions, or performances unless you’re prepared to be pumped full of Chinese strength Red Bull, then pushed on stage to deliver a congratulatory speech to the winner in front of a hysterical crowd! 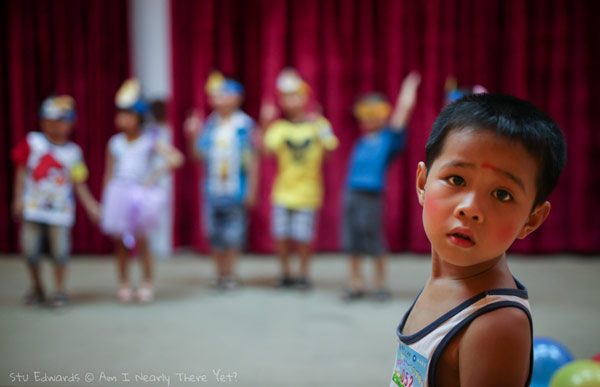 We were asked to be special guests at a children’s concert! They even paid us!

No one speaks English! 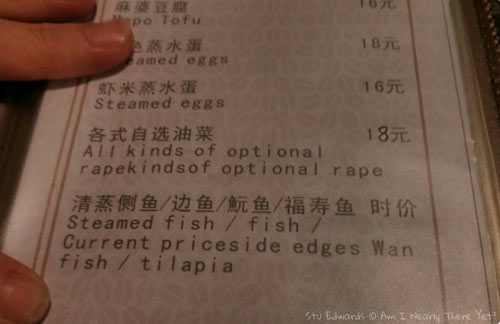 The only English we saw during our entire time in Wuzhou was this menu at a restaurant near the University! We’re lying. We saw some English in the new Wal-Mart shopping centre. About the skinned frogs on sale…

Your Chinese will improve dramatically!

We’ve been to very few places on our travels that speak zero English, which is good for forcing you to Learn Mandarin! It isn’t actually that hard once you get the tones right… honest!

So if you want a real off the beaten track adventure to a Chinese city that probably won’t feature in the China Lonely Planet for a while, check out Wuzhou!

It’s a days bus journey from Shenzhen, Guangzhou and Hong Kong – Just make sure you get your destination written down before you hop on the bus or you’ll end up somewhere even stranger!

Are You a 'Crusty'?
6 Cultural (and cheap) Things to do in Amsterdam
South Goa’s Finest Beaches: Palolem and Patnem
A Glimpse into Lao River Life - Nong Khiaw to Muang Ngoi Neua by Boat

4 Responses to A Week in Weird and Wonderful Wuzhou!