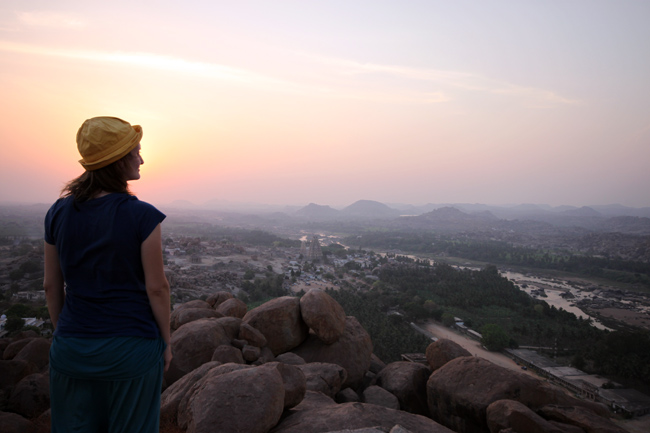 A view over the the main Hampi bazaar

It’s easy to let the days fly by walking around the main bazaar or relaxing in the tranquil backpacker hangout on the other side of the river.

But the real scenery and adventure is dotted around Hampi, accessible by scooter, bicycle or guided rickshaws.

There are countless temples and landmarks to see around Hampi. Old fortifications and ancient crumbling city walls can all be explored, many without charge. We hadn’t seen architecture on this scale since we went to Siem Reap, Cambodia!

Hampi is in the Indian state of Karnataka, east of the ever popular Goa, making visits and side excursions to Hampi easy by train or sleeper bus.

Here’s a collection of some of our photography taken during our time in Hampi. Enjoy! 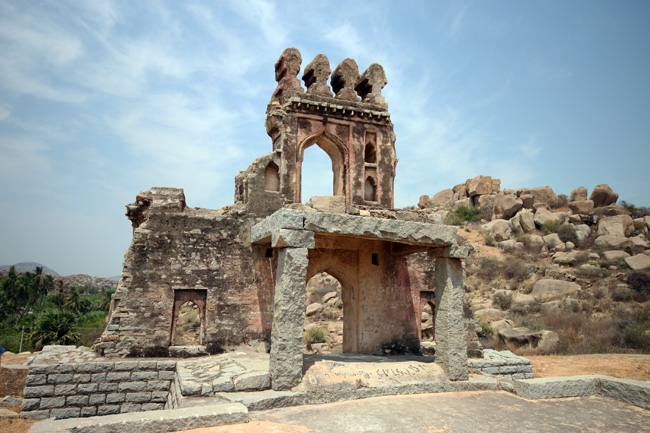 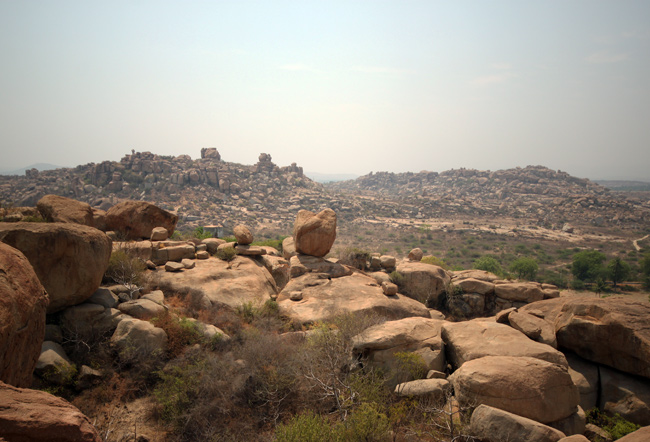 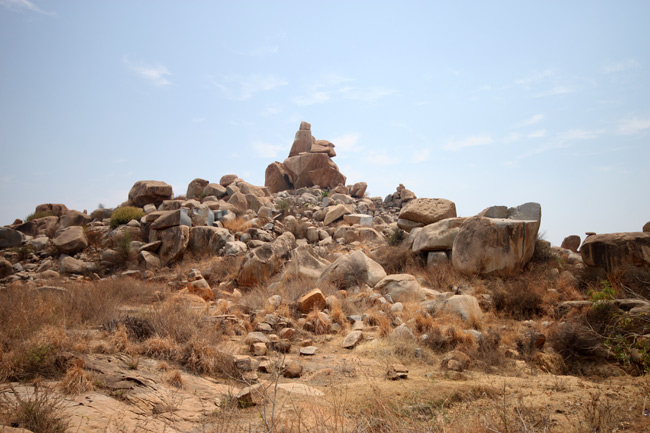 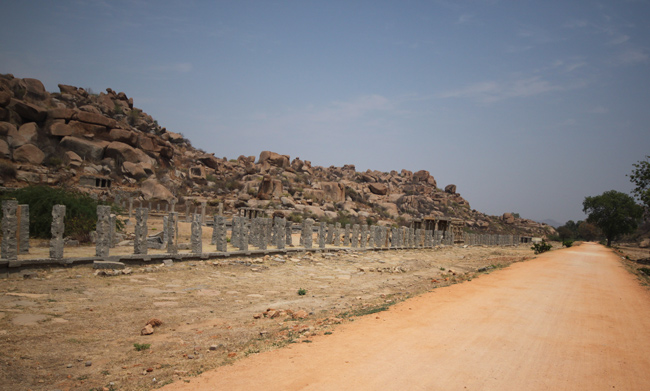 A dirt track en route to another temple 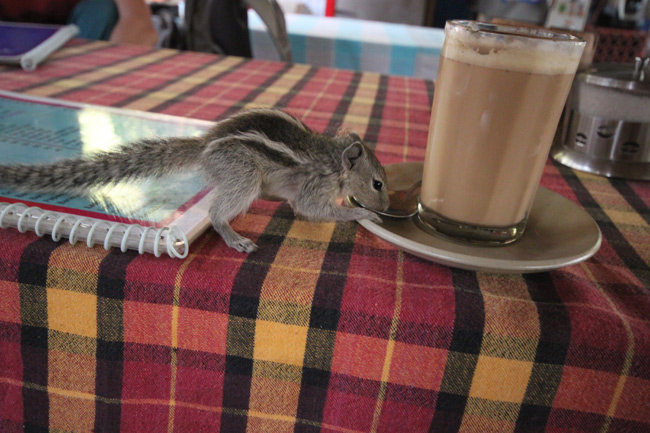 Squirrel or Chipmunk? Either way, he wanted my chai! 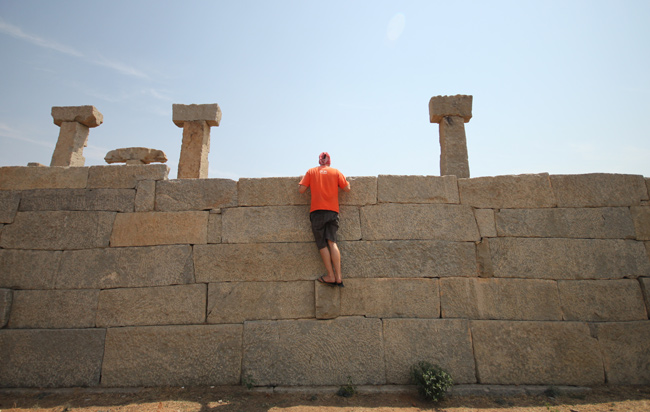 Not to be defeated, we attempted a wall jump technique! 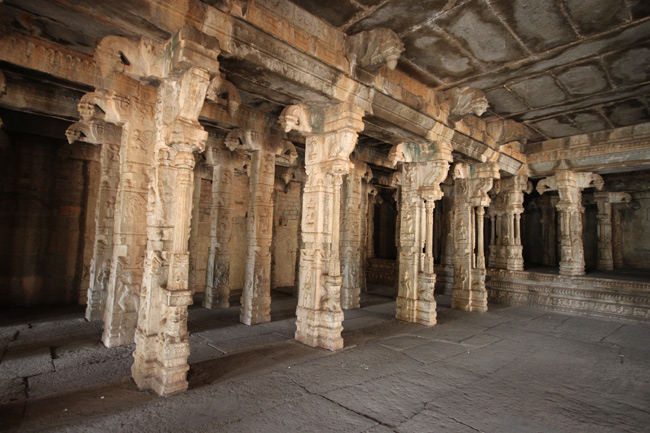 Pillar detail inside a temple 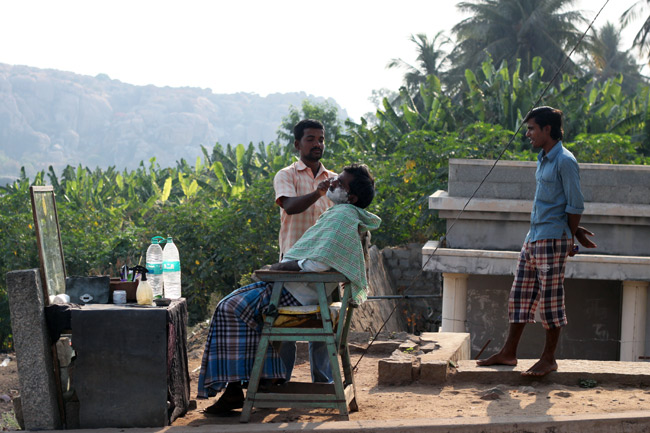 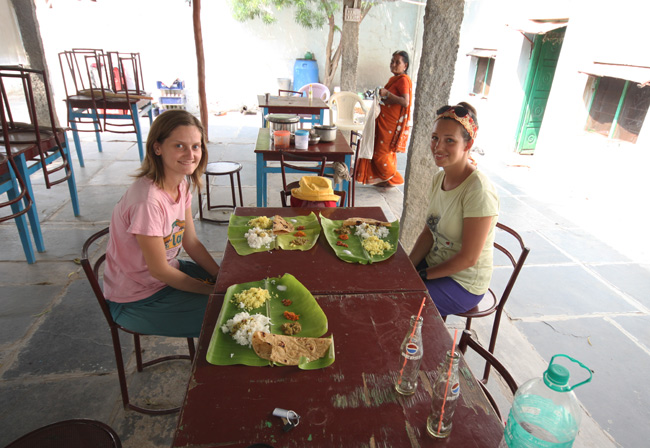 Amazing local 'Thali' with our friend Sophie, traditionally served on a banana leaf! 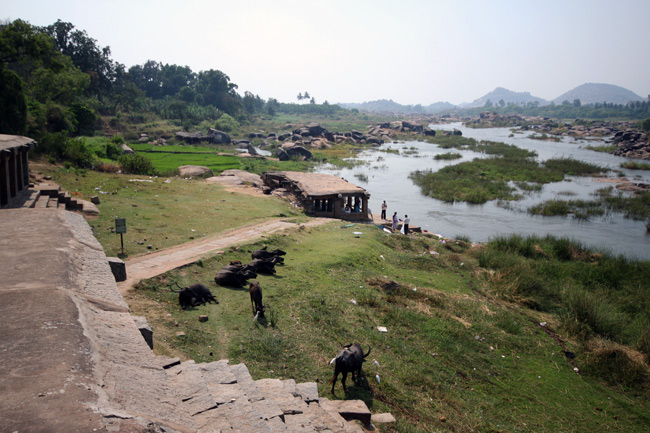 Just after sunrise in Hampi, the water buffalo waiting for a dip 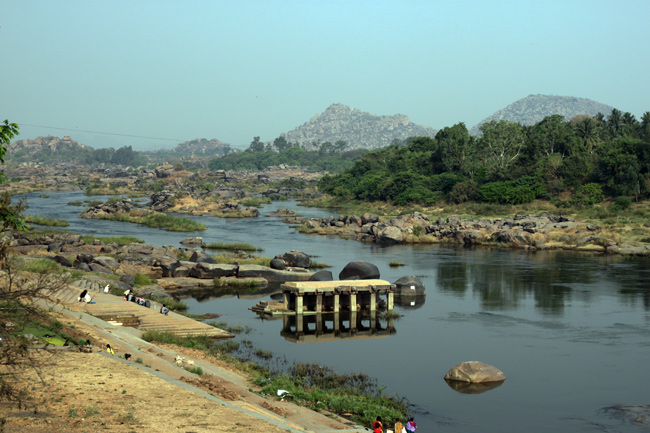 The Ghats by the river 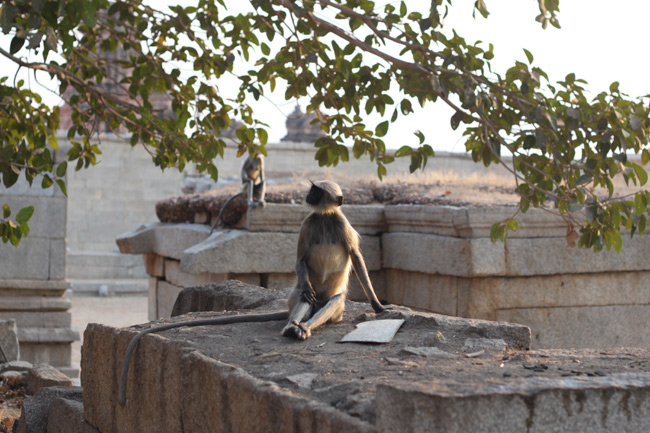 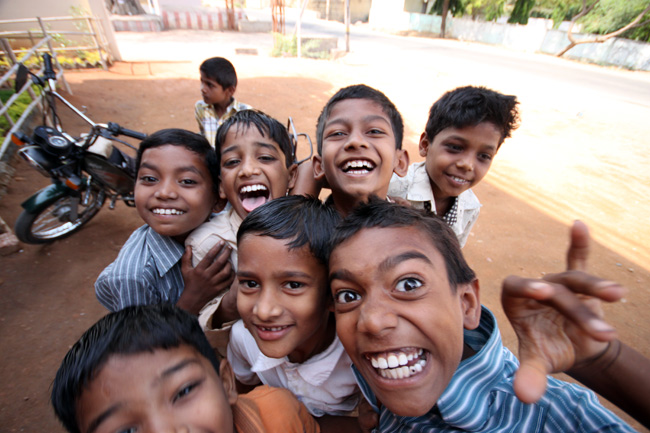 Some cheeky kids desperate for their photo to be taken! 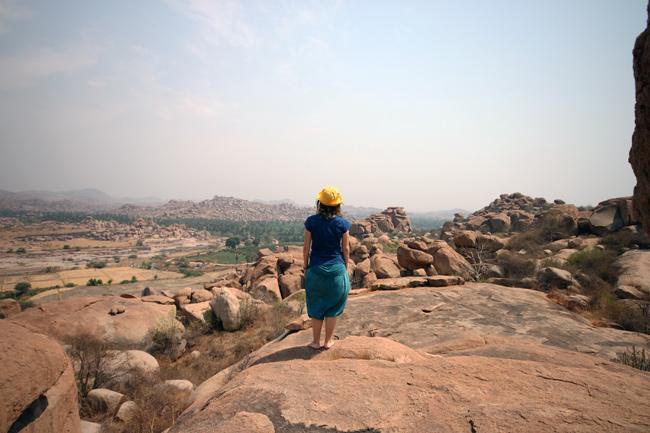 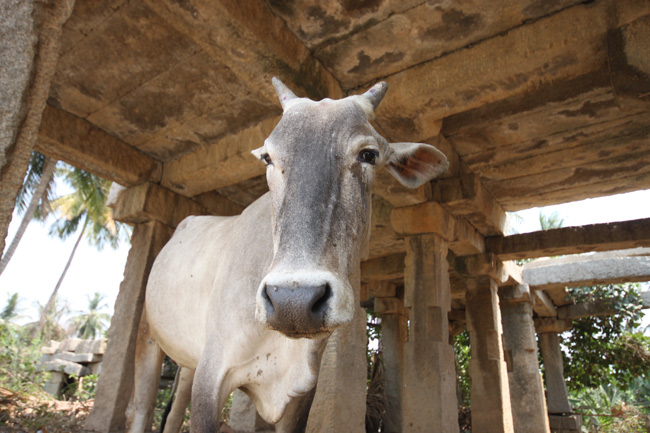 We found this cow hiding inside a temple! 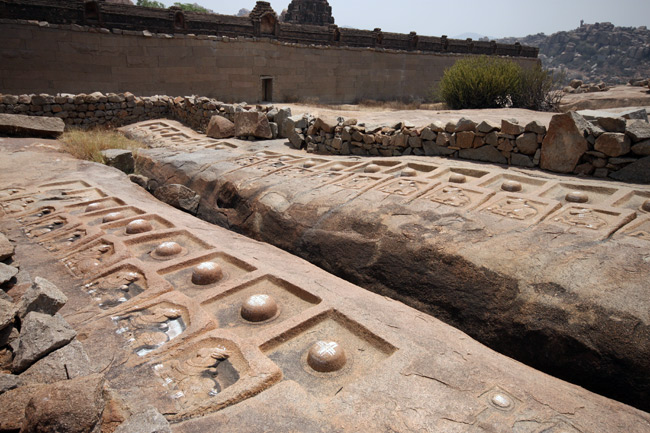 Strange carvings in the granite 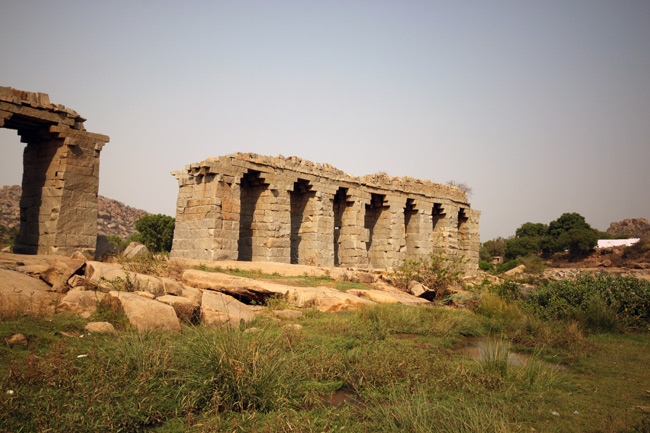 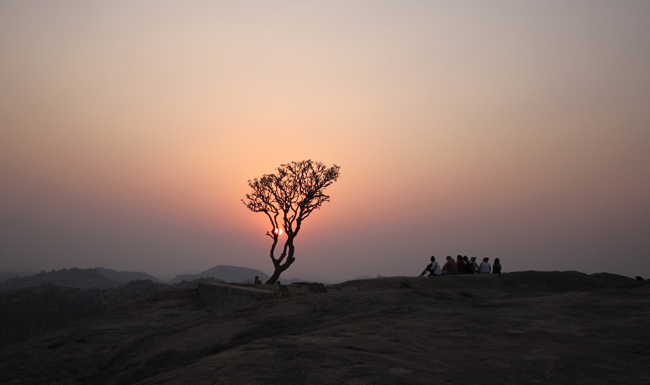 Sunset at the Monkey Temple, high on Anjenaya Hill

Puri: One of India's Oldest Hippy Hangouts
30 Faces of Songkran: Portraits of Wet People
A Day in Kanyakumari: The Southernmost Point of India
Travel Photo Essay: Churches of Pondicherry, India