By Sarah in Thailand

Planning a visit to Thailand? Not only will you be rewarded with some outstanding scenery and fabulous sights, but come night time you can enjoy some incredibly priced drinks. From the chilled out local watering holes to the beach bars and parties on the sands on the frenetic and electric islands, there are several drinks that are widely available across the country.

Imported drinks can rack the prices up, but if you stick to drinks that have been produced locally you can help to keep the costs down. This will largely limit your options to beer and whisky, although when you see the prices you are unlikely to mind too much! A variety of mixers are widely available, which can also be enjoyed as soft drinks. As well as Pepsi Cola and Coca Cola you will also probably see Est Cola. This is a relatively new brand in Thailand, but is cheaper than the global brands. 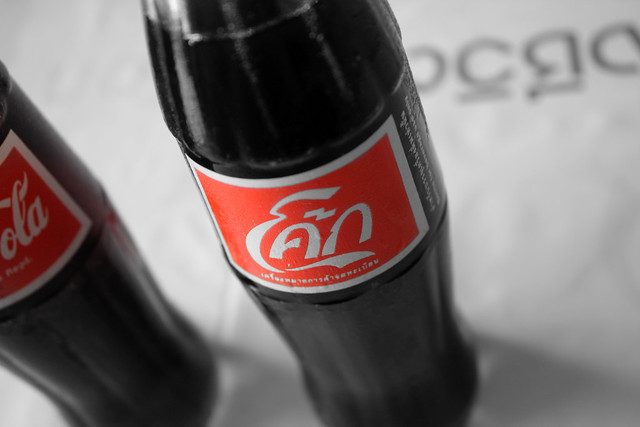 You will perhaps be surprised to see that many Thais drink their beer with ice. This is to keep the drink nicely cool and refreshing. Thai beers are usually lagers and are typically available in cans, large bottles, and small bottles.

Some of Thailand most famous beers include: 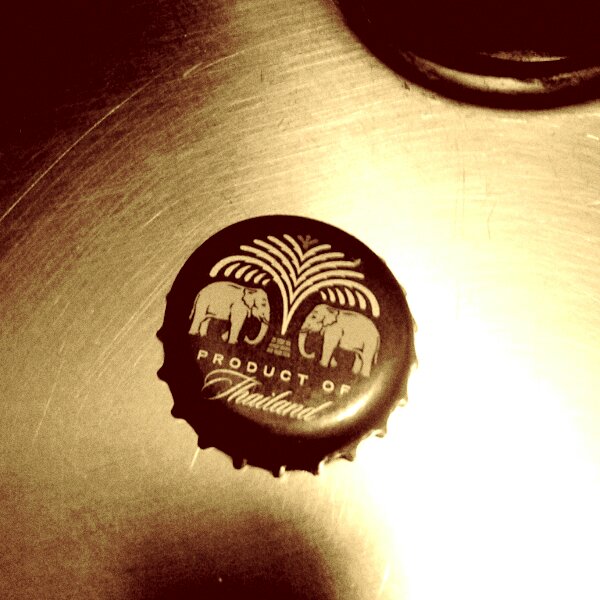 Named after the Thai word for elephant, Chang is the cheapest mainstream beer available in Thailand. Many people do, however, complain that it gives them a vile hangover, often nicknamed a Chang-over. Overindulge at your peril! It is said to compliment the spiciness that is often found in Thai foods, although it is unlikely that you will be doing much eating on your nights out! It sponsor’s the UK’s Everton FC.

The past couple of years have seen the group launch a more refined beer, aimed largely at the international market. It is called, quite unimaginatively, Chang Export. It offers a slightly smoother taste than regular Chang. 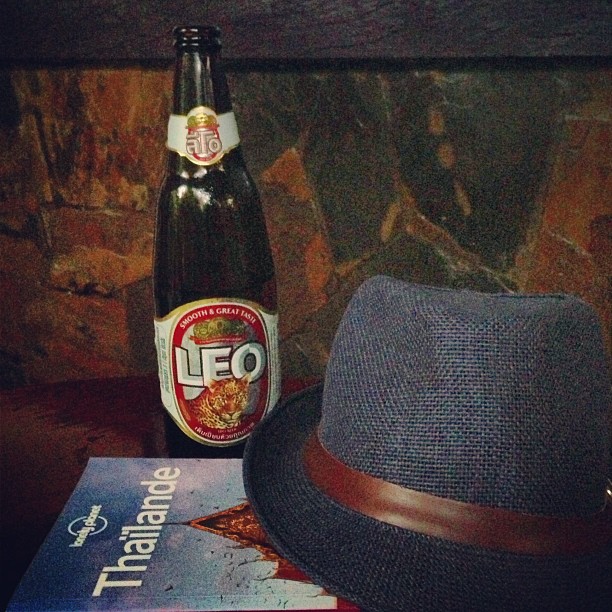 With the image of a leopard on the label, Leo is a nice mid-range beer with a smooth and crisp taste. It is made by the Boon Rawd Brewery and is popular amongst Thais. 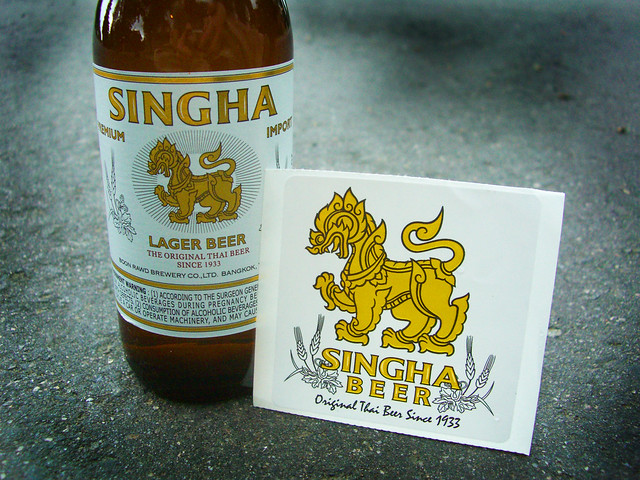 Brewed by the same company as Leo, Singha is a premium brand, rarely drunk by Thais from rural farming communities – whilst inexpensive by Western standards it is often seen as being quite expensive in Thailand. It has a similar taste to Leo, although connoisseurs would argue that it is fresher and crisper. Singha is one of the most popular Thai beers overseas.

Although not seen as often in bars and restaurants, you can find Archa in many supermarkets and convenience stores. If you are into trying different beers it could be one to try in your room before heading out. Or, you could buy from a shop and carry it to the beach before heading into one of the bars. It has quite a weak taste.

There are also several local breweries operating around the country, with a particular one of note in Phuket.

Whisky is typically mixed with soda water and ice. Don’t be surprised if you are drinking in a local bar to find that members of staff keep topping up your glass for you when it is almost empty. 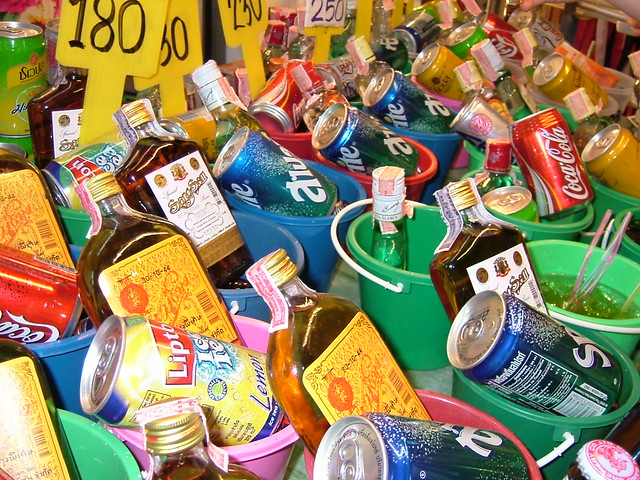 In tourist spots the whisky bucket has become something of a Thai speciality, whereby large amounts of cheap Thai whisky is mixed with soda, cola, Red Bull, or other mixers, in a small plastic seaside bucket and drank with a straw. One thing to note is that Red Bull in Thailand is not carbonated; many similar energy drinks are also bubble-free.

It is also worth knowing that many drinks called whisky in Thailand are actually rum. 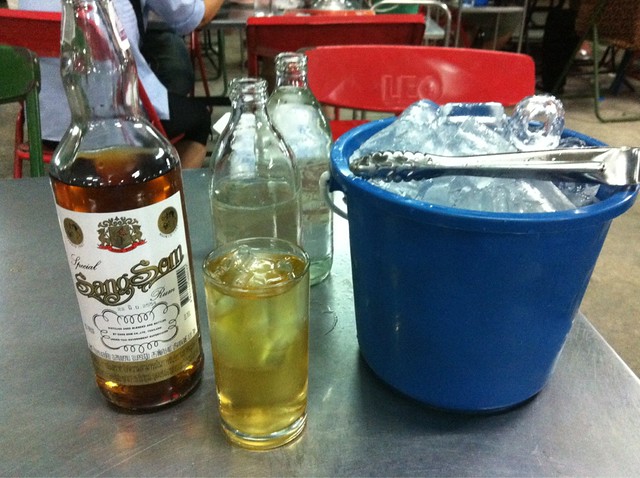 Some of the most well known “whiskies” in Thailand include Hong Thong, Sang Som, and Sangthip. You can also find those known as Lao Khao (with lao being the Thai word for whisky) that are made from rice. These can be quite lethal! It is unlikely though that these will be available at tourist drinking spots; they are largely drank in rural parts of the country due to their low prices and potent effects.

3 Responses to Thai Beers and Whiskies