Hippies. Dead Heads. Freaks. Free Spirits. Flower Children. Whatever the word for this backpacker collective, you can’t seem to avoid them in India.

Who are these Crusties? Where can I find them? Am I a Crusty?! you ask.

The backpacker scene in India seems to be filled with this type of traveller breed, found only in dwindling numbers elsewhere throughout the world. Over time, you’ll be able to spot slight nuisances between this crusty clique. 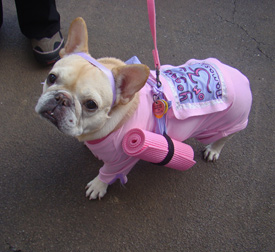 The Yoga Crusty will be found saluting the sun on a Keralan palm fringed beach, or haggling for new beads in the bazaar.

They can often be overheard saying “That’s so shanti” or “My shakra’s are totally aligned today!”. 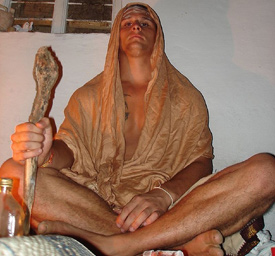 Can usually be found staying in the ‘hugging mother’ Ashram, with one shoulder bag to their name. Usually wearing a traditional robe or shawl, they seem to have the opposite effect of trying to blend in with the locals.

Bushy beards, long hair, staring into space and smiling at nothing are all essential traits.

You can hear the Religious Crusty saying “My life is complete now I’ve disposed of all my worldly goods” (then checking their iPhone) and “I went deeper than ever last night during last nights meditation”.

Religious Crusty attempts further integration by using their right hand to eat, regardless of provided cutlery. And insists on the Indian no contact, ‘free-pour’ method of consuming liquids. 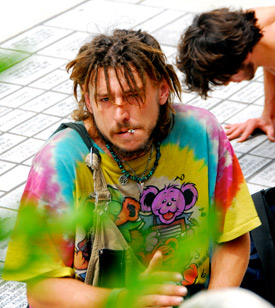 The Druggy Crusty can be found in large numbers on Goa’s finest beaches, as well as various South American countries.

Possibly all Israeli, addiction seems to start early, with vast quantities of bhang lassi. They are usually highly aware of the legal over the counter pharmaceutical drugs available to them, and consumption combinations to achieve maximum impact.

They are highly wary (or paranoid?) of local police scams. Easily identified by trademark deep black rings around the eyes, fake Ray-Bans concealing them, and the stereotypical psychedelic/red gold and green Jamaica colours/Bob Marley shirt. 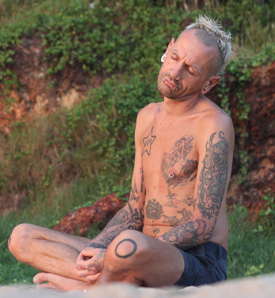 A faint hint of Druggy Crusty seeps through into the New Age profile, as old 90’s rave era tattoos become faded in the South Asia sun.

You may hear a New Age Crusty saying “The trance scene in Goa is dead man”.

They have left behind them all traces a of former life, and are trying to ‘find themselves’ after 20 years of ecstasy abuse.

[VIDEO] Weird Waving Dog in Hong Kong!
Some Hilarious Fake Chinese Motorbike Brands
A Hug From The Hugging Mother: A First Hand Account
November Seems To Be Our Most Sociable Month!

Staying in Paradise on Koh Rong Island, Cambodia
Travel Photo of the Day: Tea in Darjeeling