By Sarah in Portugal

Visitors to Portugal will find themselves spoilt for choice when it comes to festivals. Every village, town and region in Portugal has its own festa and carnival, so there’s something going on, somewhere, all year round!

Every springtime after Easter, Funchal becomes a riot of colour decked out with intensely-coloured blossoms. On Saturday children in costume crowd into the town’s main square Praça do Município to build a mural with flowers, the Wall of Hope. This vision is matched the following day when the Flower Parade, consisting of floats decorated with subtropical blooms that grow locally, weaves its fragrant way through the streets. Local artists design floral carpets and shops compete for the best-dressed window.

The Festival of Saint John of Porto has its roots in the pagan celebration of the summer solstice on 23 June (St John’s Eve). Originating over six centuries ago, it grew in importance in the nineteenth century and is now one of the liveliest in Europe. One tradition requires participants to hit each other with soft plastic hammers or garlic flowers, while other pursuits include music, dancing, food, wine and jumping over flames, culminating in fireworks at midnight. Some revellers stay up all night to wait for the sunrise and perhaps take a swim. 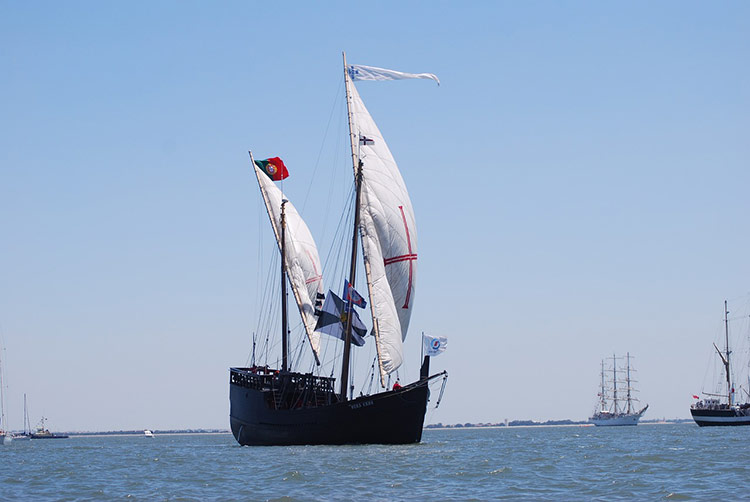 This year in July the Tall Ships Regatta celebrates its sixtieth anniversary. Starting from Antwerp in Belgium, over fifty historic sailing vessels will proceed up the River Tagus towards Lisbon, the port from which Portuguese navigators set sail over five hundred years ago. Commemorations will include visits to the ships, climaxing in the stunning spectacle of a Naval Parade along the river, before the ships continue to the end of the race in Spain.

For forty hours non-stop each June, this huge free contemporary arts festival in Oporto covers music, dance and opera; circus, theatre and cinema; literature, visual arts and photography, with workshops, exhibitions and guided tours also on offer. Activities extend out of the museum and park with its impressive trees, and across the city’s Baixa quarter to bring entertainment to the streets from dawn to midnight and beyond. 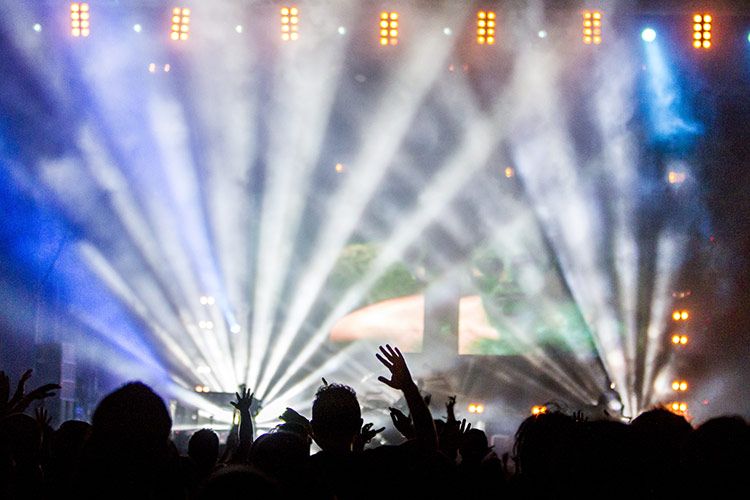 Also in July, Lisbon hosts just one of many music festivals that take place in Portugal each year, the epic NOS ALIVE music fest. 2016 headliners for this prestigious event, previously known as Optimus Alive, are The Chemical Brothers, Radiohead and Arcade Fire, with other acts including The Pixies, Robert Plant, Foals and Hot Chip. Two artforms meet here in a space where urban artists produce artwork made from recycled material. Backed by the Algés Maritime Promenade on the riverfront and close to the train station that connects to the nightlife of Lisbon itself, this is truly a party that rocks all night.

There really is something for everyone in Portugal when it comes to Portugese festivals! Whether you want rock, local or world music, art, history or an activity-based alternative. The only problem comes in deciding which ones to choose!

A regular guest contributor, Sarah is a travel freak who was a lawyer in a previous life, before semi-settling in beautiful Thailand!
View all posts by Sarah →
Top Nightclubs In Ibiza Town – A Clubbers Guide!
Best Destinations for Fans of Opera