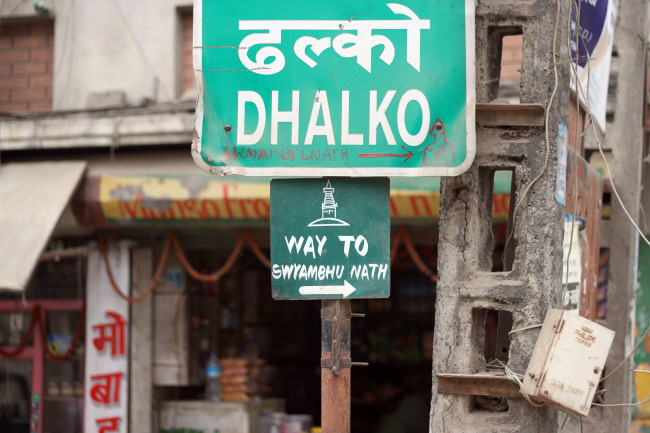 Swayambhunath, otherwise known as The Monkey Temple is a huge Buddhist and Hindu temple site and home to hundreds of monkeys in Kathmandu, Nepal. It is an important pilgrimage place for many Buddhists and Hindus around the world. 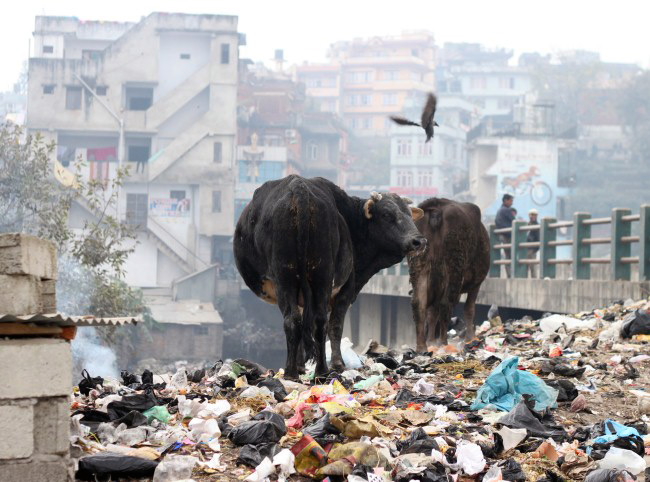 Swayambhunath is an easy 20 minute walk from Thamel, the traveller central of Kathmandu.

Part of the walk is over the smelly Vishnumati River. Hold your nose as you walk past! There are piles of rubbish everywhere with cows and crows feasting on whatever they find edible. Not a pretty sight, but can make interesting Travel Photography! 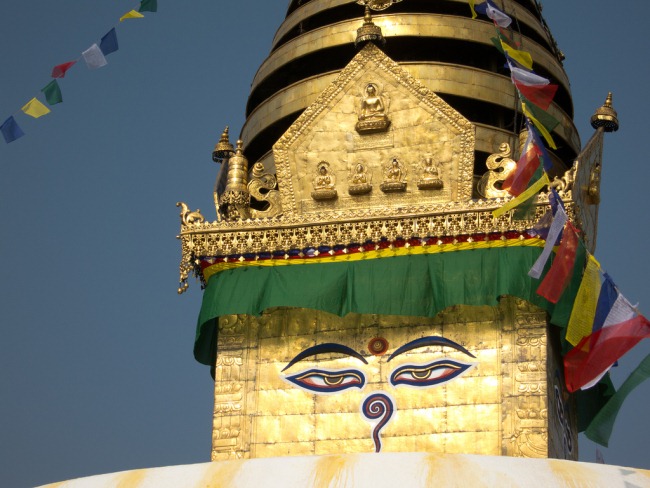 High above the Kathmandu sky line, the impressive Swayambhunath Buddhist stupa is complete with Buddha eyes looking out across the valley, an iconic symbol in Nepal. 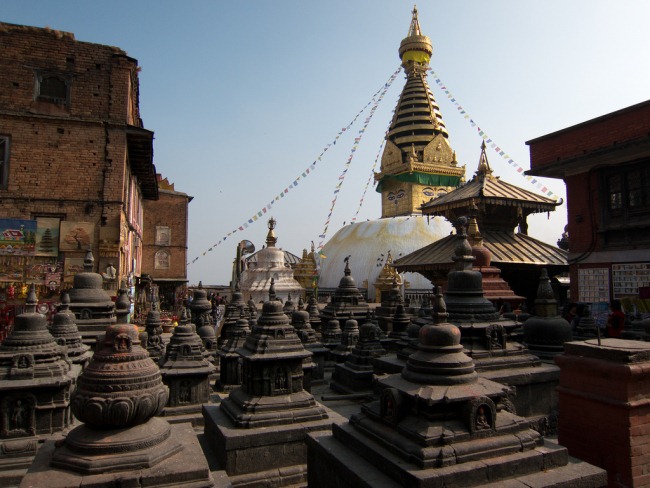 A jumble of Hindu and Buddhist stupas are scattered around this magnificent giant white centre piece. They remind me of chess pieces! 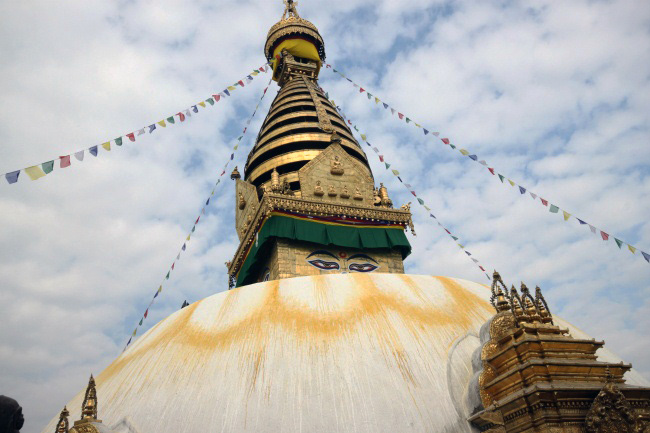 The brilliant white dome and gold spire neck is decorated in colourful prayer flags. Surrounded by religious prayer wheels, pilgrims walk clockwise around the stupa, spinning the wheels as they chant their mantras. 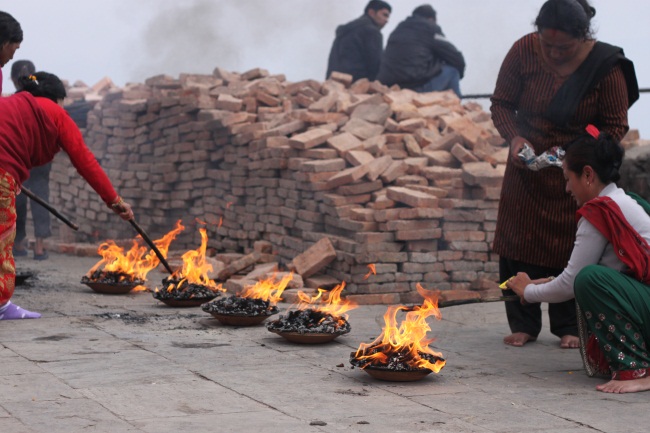 Everywhere you look at Swayambhunath there is a religious practise taking place. 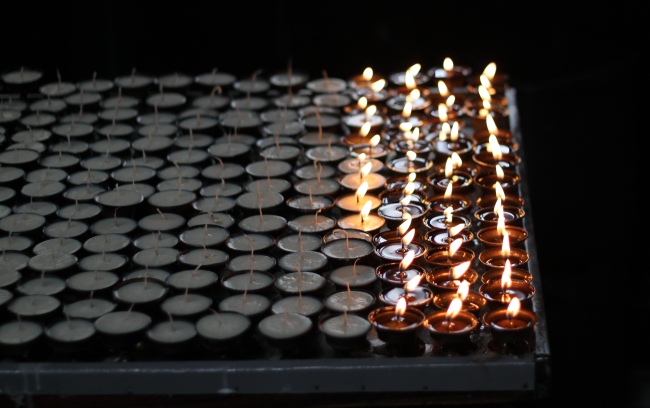 It is fascinating to watch butter candles being lit inside an old temple. We also saw bright red paint being applied to the forehead, marigold flowers being thrown into a pond and someone chiming bells at a Shiva statue. 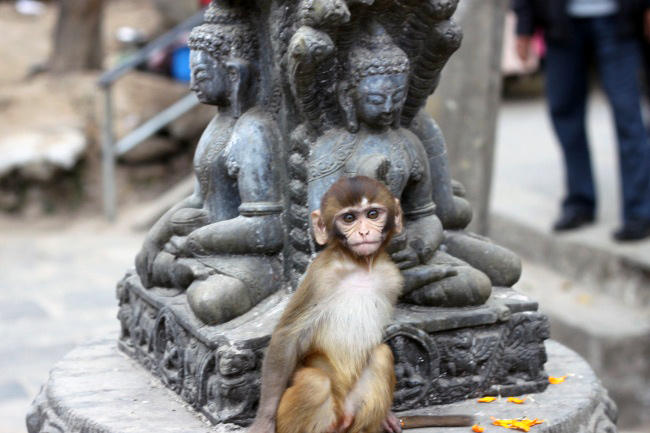 There are lots of monkeys living at the Swayambhunath temple site. Some are sitting peacefully and seemingly contemplating. 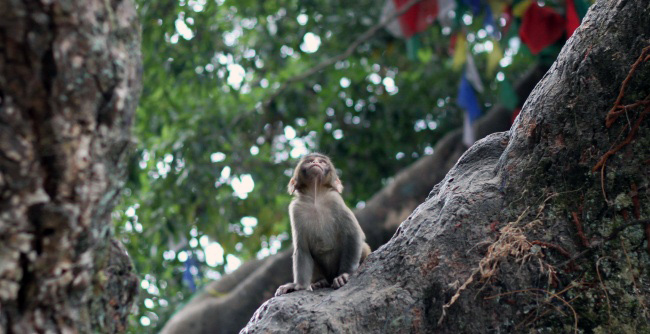 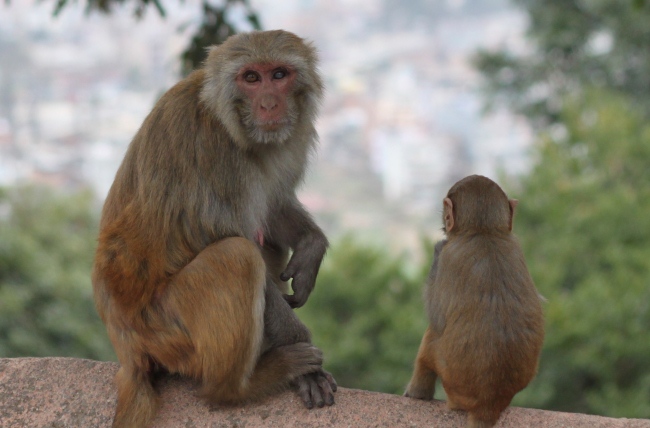 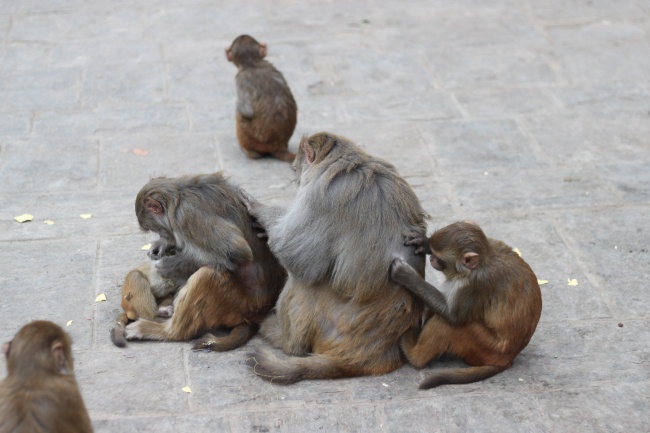 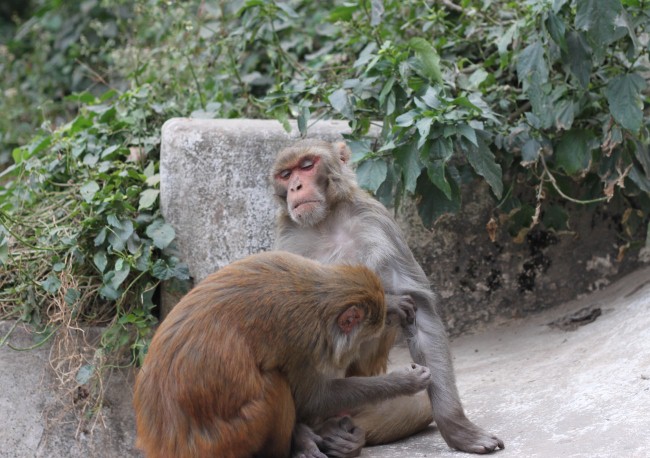 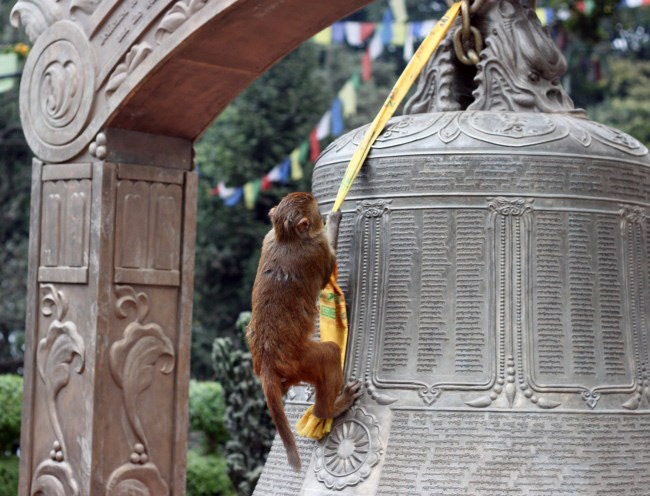 A lot of the time the monkeys at Swayambhunath are playing and acting mischievous! You’ll see some monkeys grooming one another in-between terrorising tourists! 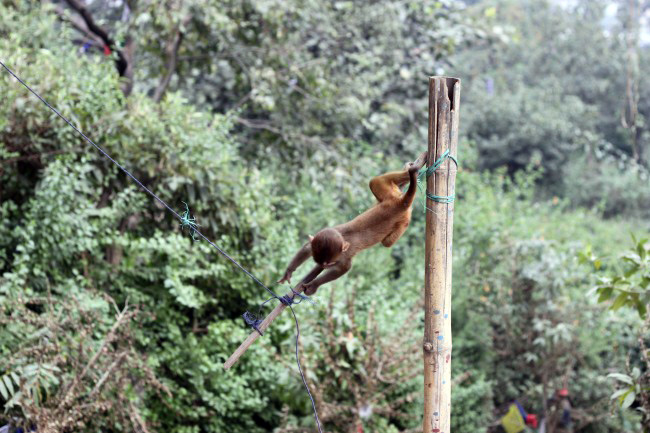 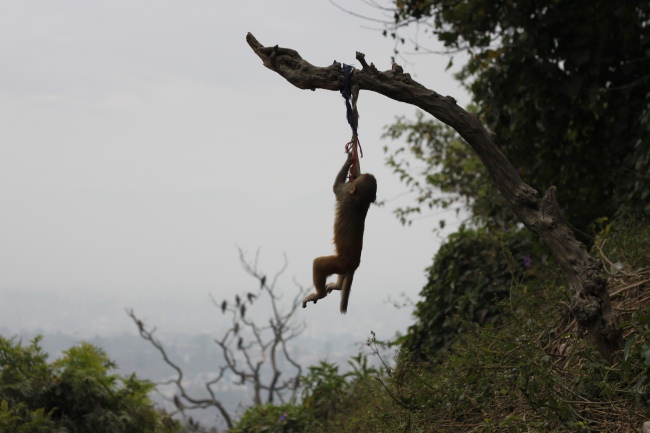 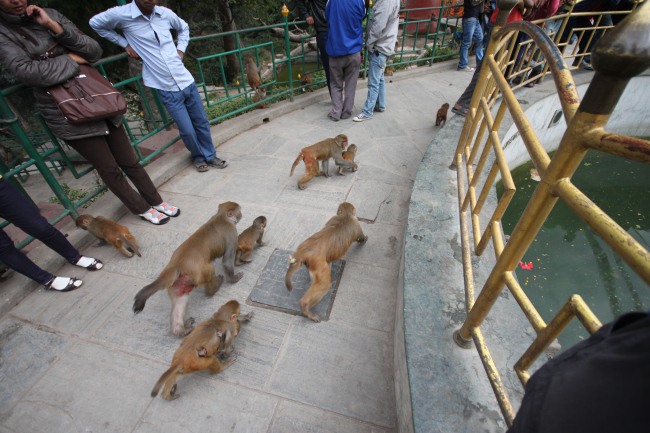 Be careful a lot of them like to cause trouble and scare visitors! 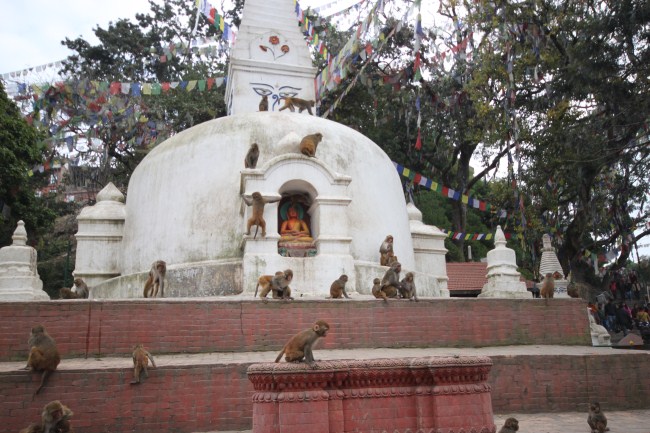 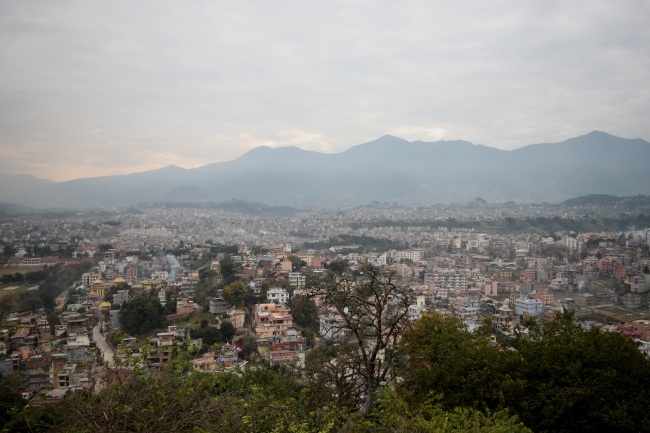 There are some fantastic panoramic views over the Kathmandu Valley. 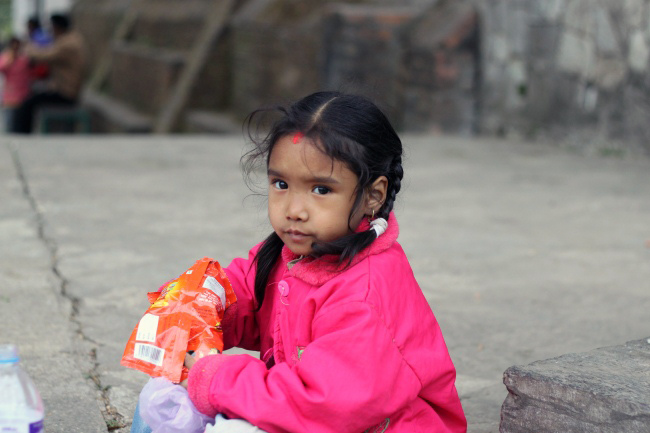 Thousands of people visit The Monkey Temple everyday, which can make for interesting people watching. 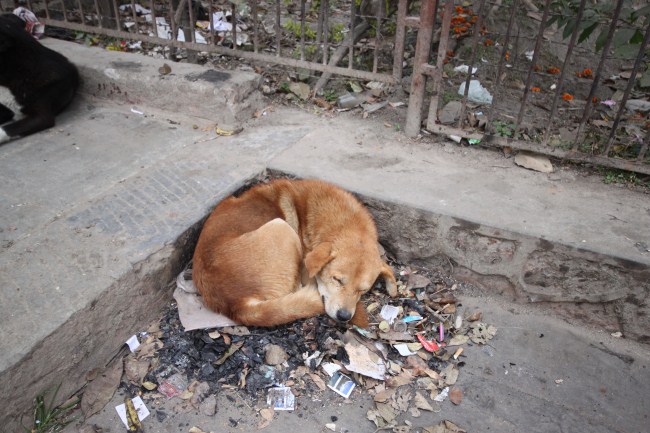 Watch out for this sleeping dog on your way out! When we were leaving we almost tripped over him. Silly dog had decided to make his bed on the rubbish pile just outside the temple!