Saturday 31st March 2012 marks a year Stu and Eloise have been travelling the globe!!! 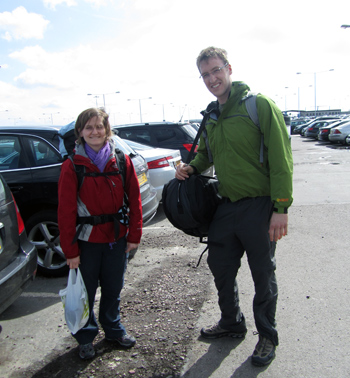 The VERY start of our journey at Luton airport!

It feels like a lifetime ago when we stepped onto the plane back home. We’ve learnt so much over the last year, met so many people and been to so many amazing countries. 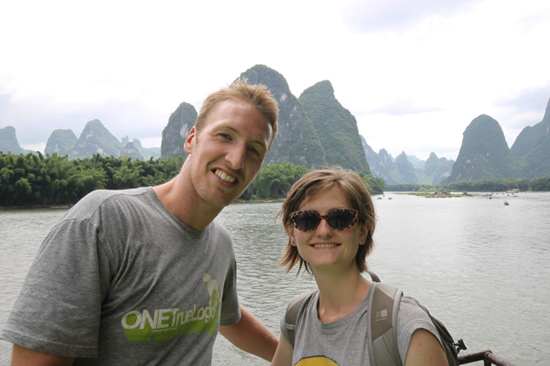 Sadly on our year travelling anniversary, Eloise and I are apart for a 7 nights while she attends a laughter yoga teaching course in Bangalore.

I plan to head over to Goa and get a 7 day head start on topping up my tan and taking advantage of the budget friendly Goan alcohol taxes! 😉

This is both our first time travelling solo! 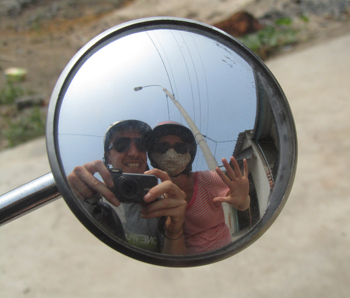 Riding the length of Vietnam in July 2011

Already my mindset has been forced to change as I now actually have to look after myself. A daunting prospect!

I fell at the first hurdle by not setting an alarm this morning (an Eloise responsibility) and having a solid 11 hour sleep/lie in.

Luckily I’m in Historical Hampi at the moment, a traveller hangout filled with plenty of crusties and other backpackers so I’m not totally alone (for those of you who were worried)!

Over the next few days we will be rounding up our first year of travelling by sharing our favourite places in each country we’ve visited and why!

Where will we be this time next year?! 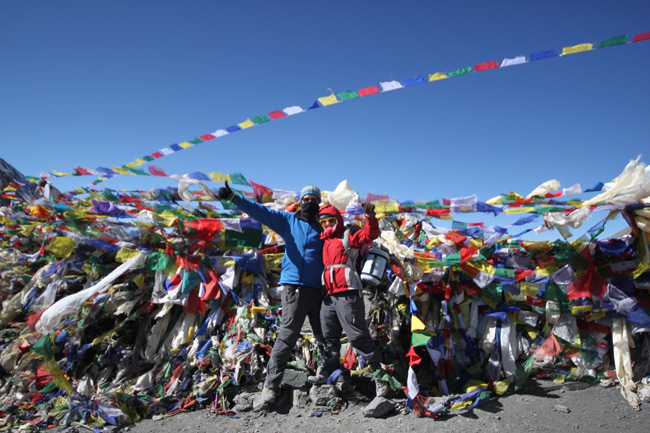