We’ve only had a quick taste of Rajasthan, but it’s made me hungry for more! When I think of India, images of Rajasthan are the first thing that comes into my mind – The grand forts, the blue cities, camels, deserts, turbans and lots of colour!

There is so much to see in Rajasthan and a visit is the ultimate Indian experience. 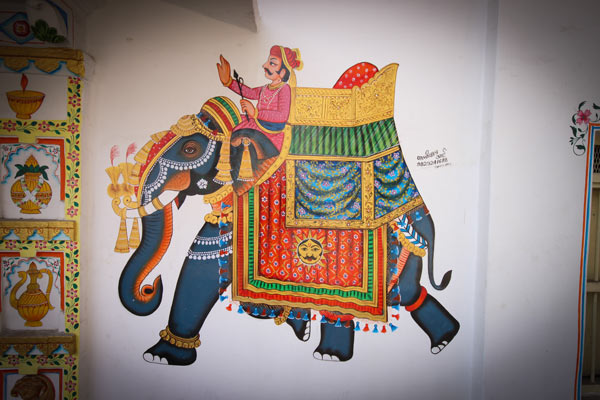 Rajasthan has definitely been the most colourful state we’ve been to. All around you is a kaleidoscope of colour. 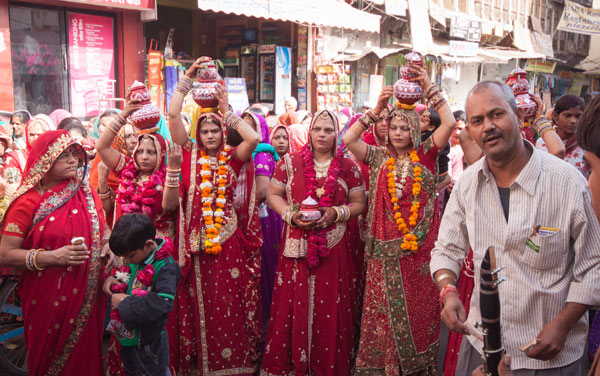 Rajasthani ladies wear the most beautiful and brightly coloured saris, accessorised with the jingle sound of anklets and the clanking sound of ten or more bracelets lining their arms. 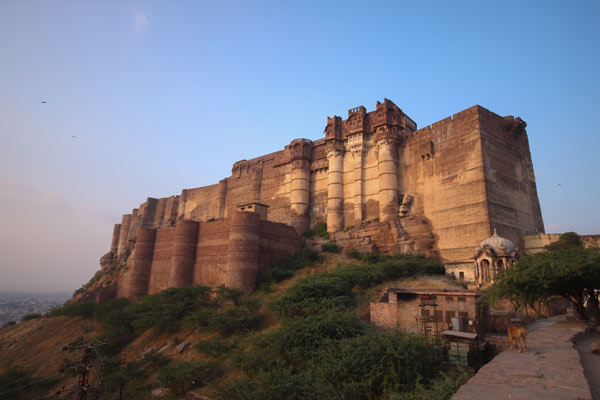 There’s something mysterious and mystical about old forts. We’ve been to a few in Rajasthan- Bundi Fort, Jaisalmer Fort and Mehrangarh Fort in Jodhpur. 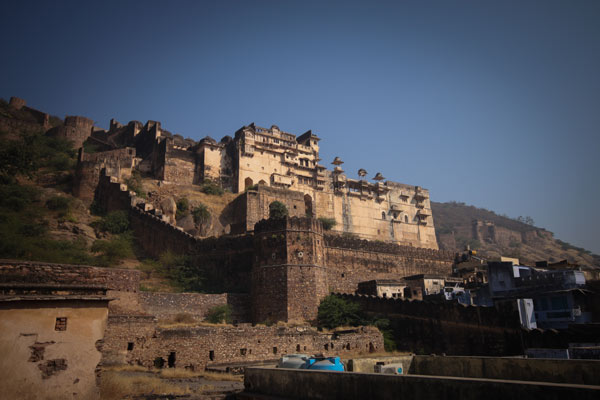 I think Bundi Fort was the most fun to explore, as we were the only people there and there was lots to see. The most impressive to look at was Mehrangarh Fort, which took dominance over the blue city of Jodhpur. 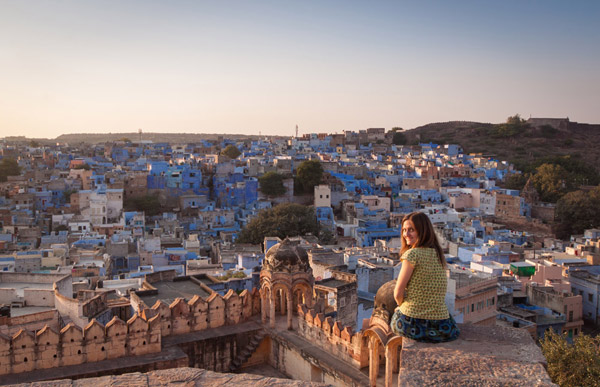 I’d dreamed of visiting Jodhpur, the blue city ever since I saw a photograph in a travel magazine. I wanted to see that image of the pastel blue painted houses, tiered like a wedding cake with the soft sun light shinning on the city. 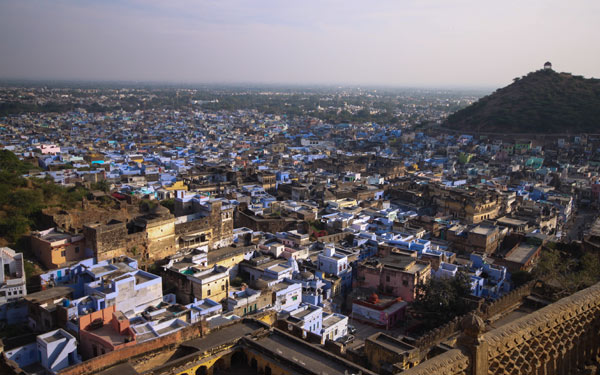 Views over the blue city of Bundi

My dream came true and was made even better when we visited Bundi, another a blue city. 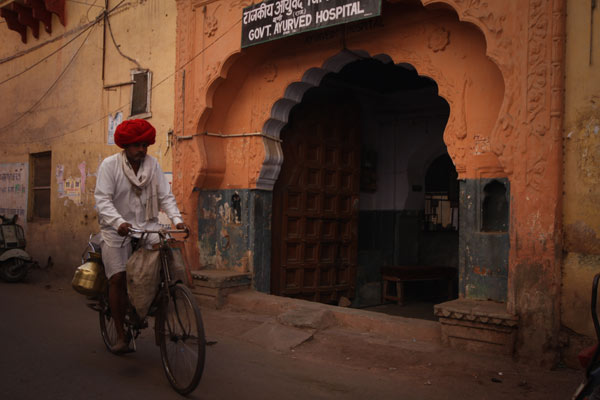 Turbans are worn by men as part of the Sikh religion. In India, Punjab is the main Sikh state and on our visit to Amritsar, most men we saw were wearing a turban. 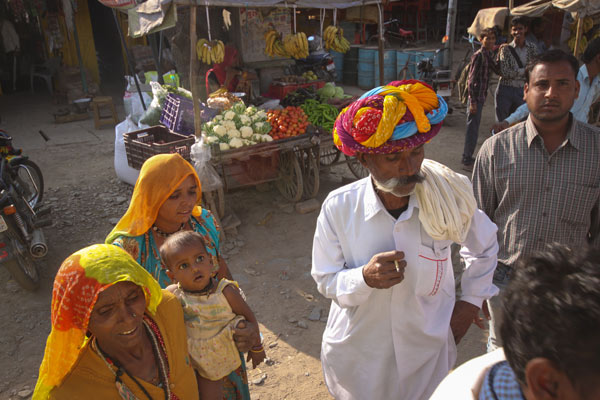 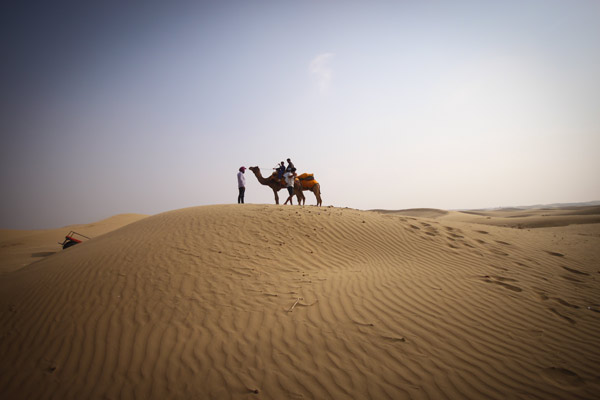 The most famous desert in Rajasthan is the Thar Desert, situated in the north west of India, bordering Pakistan. The nearest and most popular town to visit here is Jaisalmer. It’s common for tourists to venture out to the Thar Desert on a camel safari and sleep overnight under the stars. 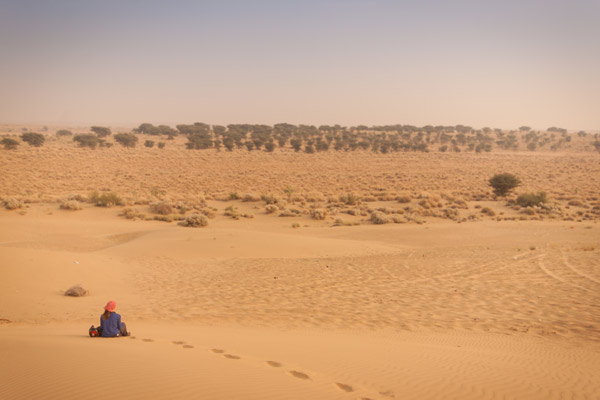 We went to Jaisalmer to see the desert, the great fort and roll down some sand dunes. Our plan was not to go on a camel safari tour, as we disagree with the use of animals in tourism. However our wish for rolling down sand dunes came true, when we hired a motor bike and rode out to Sam Sand Dunes. It was like seeing the sea for the first time- amazing!

I soon became disappointed and upset when we saw how the whole place was a tourist trap for holiday makers to ride camels and be entertained by the local children performing dance routines for them. I’d say that the Thar Desert is not the best desert to go to for solitude and tranquility… 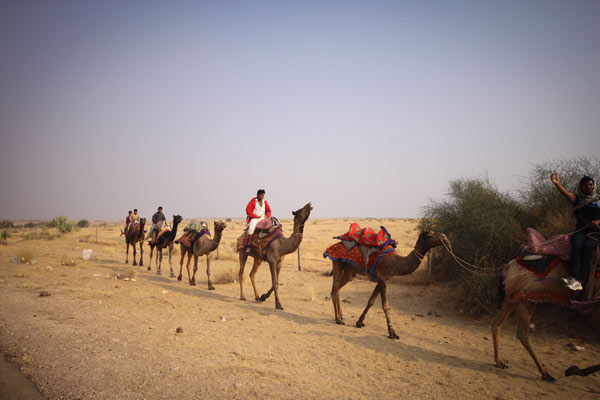 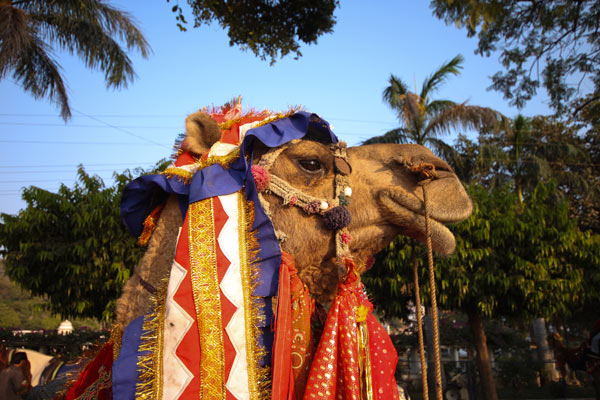 The Camel and Rajasthan go hand-in-hand, especially in Pushkar. Every November hundreds of tourists gather in Pushkar to attend the chaos of the camel fair. As well as buying and selling the livestock, there is also camel races, fair rides, cricket matches and Rajasthani women selling jewellery and clothes. 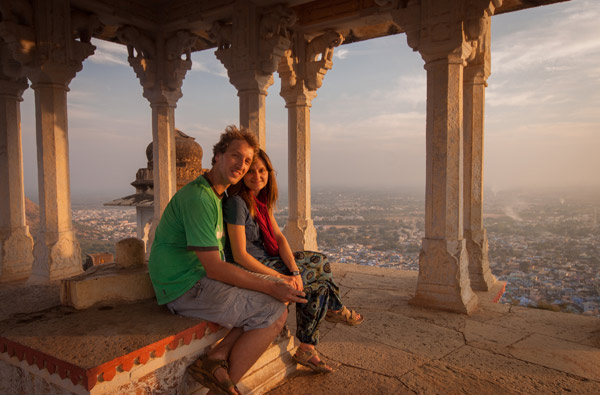 If you want to see classical Indian architecture, like we see so often in magazines and films, go to Rajasthan! The architecture blew me away and made me fall in love with India all over again. 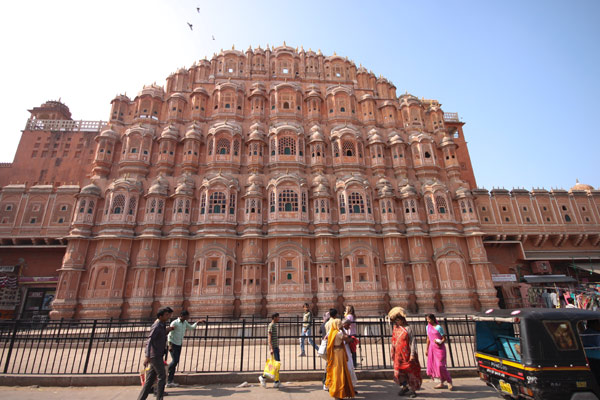 A Hug From The Hugging Mother: A First Hand Account
Day 328: A Ferry Ride on Kerala's Backwaters
Travel Photo of the Day: Local Woman Coir Spinning in Kerala
Staying at the Hugging Mother Ashram: The Food, The Devotees, The Craziness