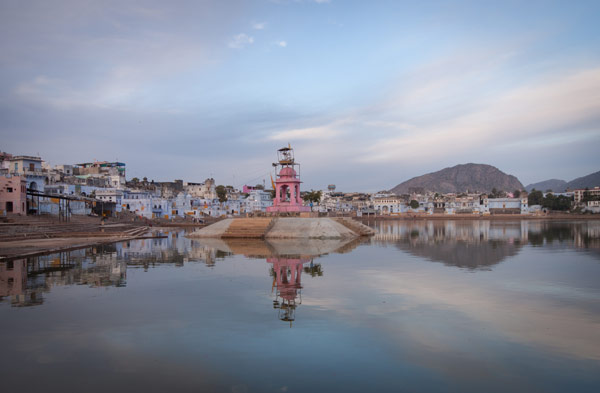 Pushkar is one of India’s holiest destinations, popular with Hindu pilgrims, Indian and foreign tourists. The main attraction is centred around the 52 ghats, where you can see people bathing and performing puja (prayer). There is also 550 temples in Pushkar, so lots to see! 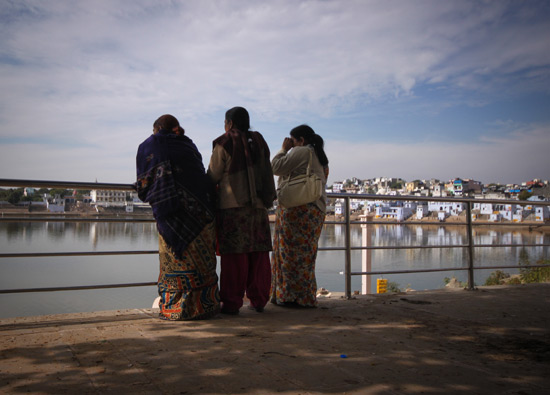 It’s nice to walk full circle around the ghats and across the bridge and to look back across the lake, taking in a beautiful scene at every corner. It is especially lovely at sunset and sun rise. 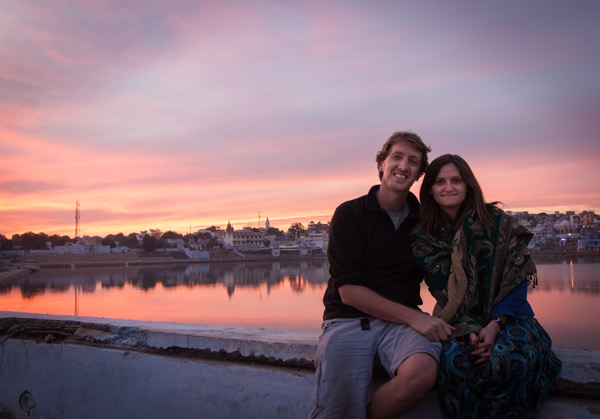 All very interesting….But more importantly for me, its totally pure veg and a dry location, meaning no alcohol, no meat, fish or eggs available – Great for vegans! 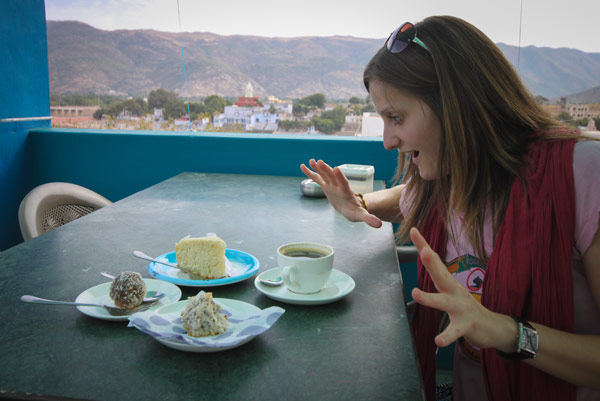 This has made my day! 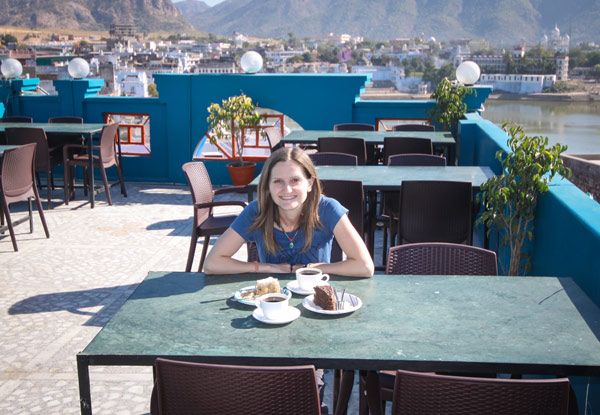 Vegan cake, coffee and a great view of Pushkar- life is good!

This is where I found the Real German Bakery in Pushkar! As I’ve never been to a 100% vegan bakery in my life, I wasn’t going to get my hopes up that it was still open. I was very excited though at the thought of how many vegan cakes I could eat in my time in Pushkar! 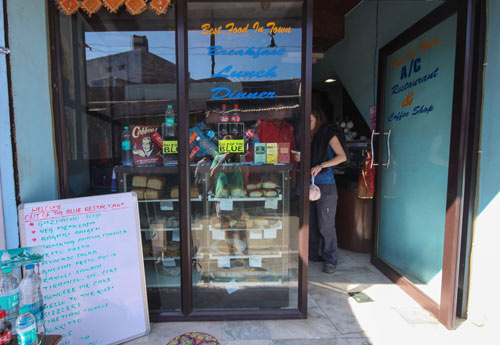 Yes everything you see in the shop window is vegan!

Unfortunately due to our lack of time I never found the Real German Bakery, but I did find their vegan baked goodies all over town! We found vegan sweet treats in the restaurant Out of the Blue and Sun Set Café. 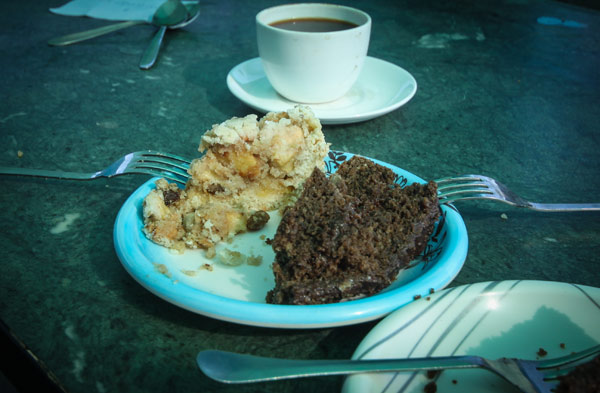 We also found a few other good vegan friendly restaurants- Honey and Spice (not a very vegan name I know) with lots of tasty and healthy dishes on the menu. We went to the Tibetan Café twice to get my fix of thentuk after McLeod Ganj! There was also a great street restaurant, serving everything vegan you would want in a wrap, cooked right in front of you! All easy to find on the main backpacker bazaar street. 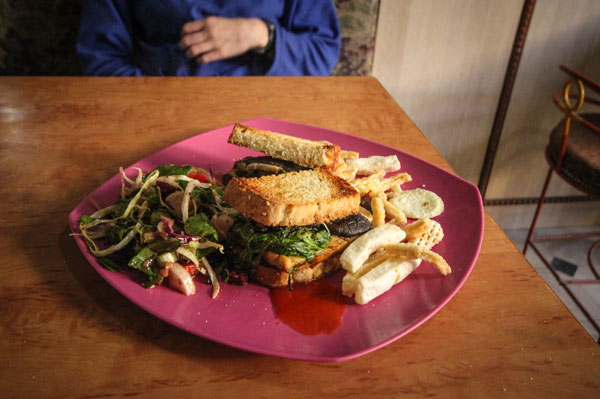 Vegan sandwich at Honey and Spice 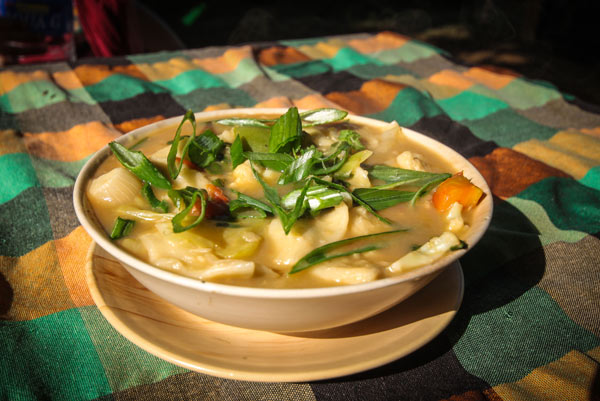 It’s wedding season in India at the moment (around December) and in Pushkar it felt like there was one big party happening the whole time we were there. The wedding congregation parades through the narrow streets, blocking all traffic. As you can imagine, it’s a very loud, colourful and a joyous event to be around. Just try to enjoy it if you get struck behind one! 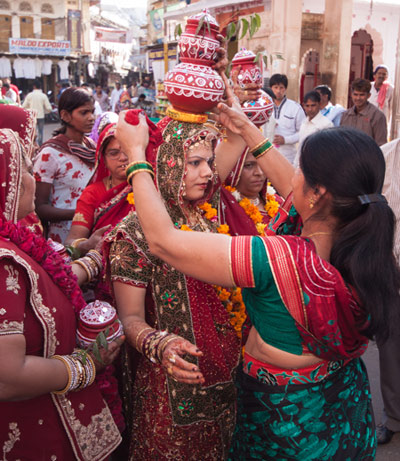 I felt very lucky to be spoilt by vegan food in Pushkar. Have you found a city anywhere in the world that has so many vegan restaurants as this one? I would love to know!

Round Up of Our 2012 Travels
Travel Photo of the Day: Happy New Years from Chiang Mai!